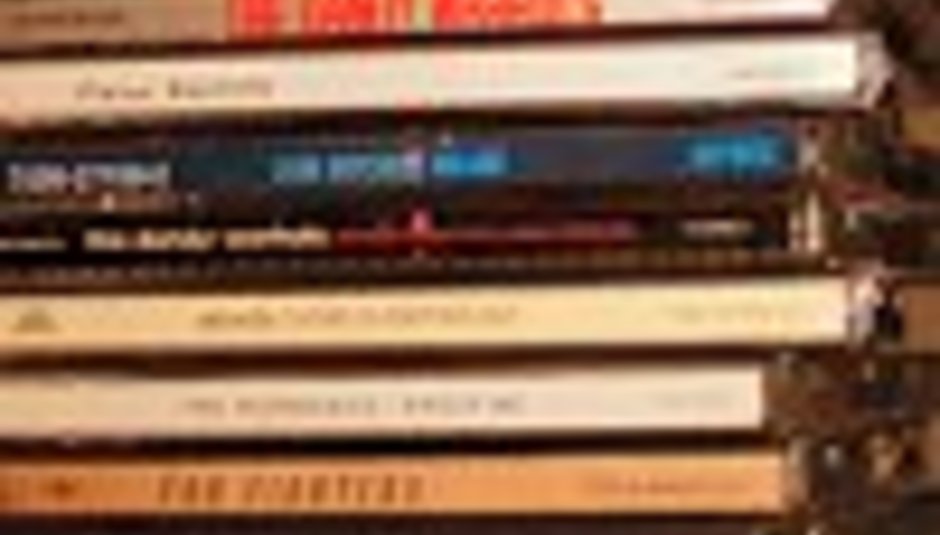 Oh what a year! Sometimes it takes a half-cut hack to let you know what you missed, because you're bound to have not seen or done or even half-remembered everything, if anything. This is a run down of what made up the year that was, 2002, for the purpose of history or propaganda or maybe just for enlightenment as to what you've been unsure whether it really happened through your excessive behaviour! Yah rascals you… What-evah, this is our year in review, write your own on the comments board! Let's start with the crap stuff… we lost two punk legends Dee Dee Ramone (News) and Joe Strummer (Our Tribute) who in their ways shaped a whole wave of revolution and drove the idea of being pioneering and being punk to totally different and important levels. Without those two guys we'd not have some of the most influential bands since. Inspiration is so important. Look back to see ahead, or some such anal post-modern phrasian. They'll be missed, but they at least got out there and did what they did. We also lost Jon Lee, drummer from lightweight-rockers Feeder (News). The fame, the limelight, the hype, the bullshit, the drugs, the expectations, the pressures; all creates ticking suicide bombs. Accidents happen. Some people are weak. People die. Rest in peace!

Staying on the shit side of the tracks, there was Puddle of Mudd and their rape and pillaging of grunge, looking about as cool as anyone can, wearing sunglasses indoors and baseball caps on backwards - this ain't the 80's no more yo dumb mo fuckaz! And then there was some 30-somethings moaning on about their parents or their broken puppy love or the tax man (like that’s not been done before!!) or somesuch boring shit. Anyone woulda thought this wasn't the 21st century - we're all meant to have hoverboards and televisions plugged into our heads; not chipmunk boybands. And we really shouldn't be sitting around watching people sitting around doing nothing much; didn't 1984 teach us nothing? That's not to mention far too many bands getting the whole idea of rock'n'roll wrong; not realising that its about doing something new, original and exciting or that punk is about screaming for change. I dunno where people think they can get off making careers out of being copyists, let alone new music magazines encouraging them - what next, Aerosmith and Bon Jovi tribute bands on the cover of Kerrang? Enough of the negatives. A lot of good stuff happened this year too, even though the mainstream got dumber and increasingly filled with talentless, personality-less, 2-week-ago nobodies from crappo tv shows! Waaaay back in February for instance, a gang of guys, with big badass fuzzin' basslines, digi-chaos and big scruffy hair crashlanded into the top 20 with the split single _'Film Maker' / 'Been Training Dogs'_. You know who I meant by the time I got to the hair bit; yes, The Cooper Temple Clause - who woulda thought a bunch of guys who listen to Tortoise, Sonic Youth and Primal Scream from Reading would ever make it onto CD:UK and TOTP? Crazies. But it did happen. Oh, and claim-to-fame-time, they did rename the title track to their debut album ('See This Through and Leave') to "Drowned in Sound" in our get-mentioned-onstage-at-Reading-Festival-challenge! Oh yeah, and cool bassist duuude Didz reviewed a few records for us when he weren't busy. Yeah, they are a bit of a pet band of ours but that's cus the Editor booked them for a gig in Weymouth before the NME even knew who they were, plus they're one of the most exciting big bands around right now. Blah, blah… quit cha yawnin'! What else happened in 2002 then? Well, you mighta missed Dave Grohl** whoring himself around a fair bit, either with Queens of the Stone Age (live) or High-Fidelity-Star-Goes-Mock-Rockers Tenacious D (in the studio, not live) or in the studio with Cat Power or fighting with Courtney about unleashing Kurt's inner most secrets for all to read / releasing a track which wasn't even good enough to make a b-side, or sometimes with his own band and their fourth album _'One By One'_! He's not the only rock beatch guilty of this slutty behaviour. Conor Oberst (Bright Eyes) didn't just release the amazing 'Lifted or…' rammed full of country ballads, nihilism, debauched tales and wot-not; oh no, that boy only went and put out a fucken brilliant side project album that was the sorta album we dream Weezer would drop (instead of wannabe stadium rock trite!) under the guise of Desaparcidos. And then there was a pissmass charity album too!

If I wanted to be quick I would say simple that it has been a good year for good music. But then I realised, this year was more the start of something, a something that has become clearer and clearer day by day... with every new dawn smacking me about in my sleep until I was awake in the midst of a nuclear adrenaline storm. You could almost taste it. The Movement has been totally international and it's barely got started. It struck me something was happening when I ricocheted from seeing Kinesis (who do a DiS tour in February 2003!<news>) one week play at The Water Rats to a room full of the Music Biz very soon after. Then, weeks later, in the infamous 100 Club, deep in the heart of corporatesickvillah The Icarus Line (read the review and/or the interview) put on undisputedly the most out of control, thorns in your skin, blood in your ears, eyes, nose; noizefest! It was like a war in there, I swear! I dunno how the building stood it! Or how I survived. And then it started to make sense with The (International) Noise Conspiracy playing an extra-secret show at Notting Hill Arts Club, which is basically just a tiny wine bar but for one night only it was the scene of ramones-punk embracing soul purely to make you party, laced with a cocktail of politics. With Dennis dancing on the bar. Hands punching the air, saluting in time with the beats, the bashed keys and the crazy dancing mans basslines. Somewhere, I don’t know where, but amid all this I saw Norwegians SPAN (interviewed) on four occasions, and left grinning each time. I caught the sunshine-smile of south-londoners *I Own Kings *(live), and The Koreans** and their pop joy. I found myself transfixed on a balding man with a beer gut telling me about his dreams of being kidnapped from the top of the ladder in the middle of the crowd (Les Savy Fav). Reading bought us the joy of The Reindeer Section (album review) making music like animals doing what animals do best. =Weezer= goin good, strangely, and playing the stuff people know and love. (and then releasing it to the world via their website)..And Trail o'Dead did exactly what it says on the fuzzin' tin. First on, one night at the Underworld, Tyler caressed me everywhere a band should and probably ever could with big cello-driven sounds carved right into rock mountain somewhere beside Mercury Rev, who put their milky-ways around a full Royal Festival Hall (reviewed) like out of control vines (not The Vines, that Nirvana-tributeering or Beatles wannabe-ing, just: URGH!). There was deafness by Six by Seven in the Bull'n'Gate and the beauty of their album too - tho for some reason they lost members and got dropped!

Then I wandered off to Tony Wilson's In The City (reviewed), in September, which bore rock gifts like The Raveonettes (live) from Denmark and Colour Of Fire (demo review) from York (think big sounds littered with drawn-out harmonics and assorted genius rock bits!) and Jarcrew (interview) from Ammanford in Wales with Kraftwerk-like tricks put into gaps left behind by At the Drive-In. There was also Oceansize (interviewed) taking us to another realm guarded at the gates by the ying'n'yang of Tool and Mogwai. Then Southend smashed me jaw back to the floor with Smother after last year the little seaside town was socking it to me in a trans-atlantic stylee with Engerica who headlined our first DiS gig at the Windmill where we put on a few bands for next year like Derby's Plans and Apologies (demo review) with their noisescapes rolling around on an Elliott Smith (aka God - go get all his albums) soft plateau. And we hear Elliott is going to be back next year. And Tom Waits put out two more amazing, timeless, smokey-jazz albums 'Blood Money' and the tear-jerking 'Alice'. There was the absolute beauty from Sigur Rós '( )' and live treats from Meanwhile, Back in Communist Russia**… who drop a new album 'My Elixir:My Poison' in feb! Ooooh what else… iDLEWiLD (thoughts) and Remy Zero (words) released their biggest albums yet. There were the T in The Park and Truck Festivals which were absolutely blinding! There was **Biffy Clyro proving that producers can make great bands... not so great! There's just so much, I haven't even mentioned LOW's brilliant record that I bought a few weeks back or **Jetplane Landing** doing a secret reading warm-up for us or Sona Fariq and climbing all the windmill in some metal-trance or *System of a Down *(live) or Mew (live)or… or… or… When all's said and done, I knew just how big it, the movement, whatever you wanna call it, all was and will be when MUSE, who I first saw many-moons-ago in The Water Rats play a sold-out and amazing London Arena show, and then went on in the pouring rain on the main stage of Reading, second only to the Foo's. I never dreamt that scale leap could've happened, that fast. But it did, justifiably so. And it will happen again… it could for any of those bands above, the quality is there, were you? And more specifically, will you be there for them in 2003? We will, watch this space. Here's to another great year and wherever the movement will take us!