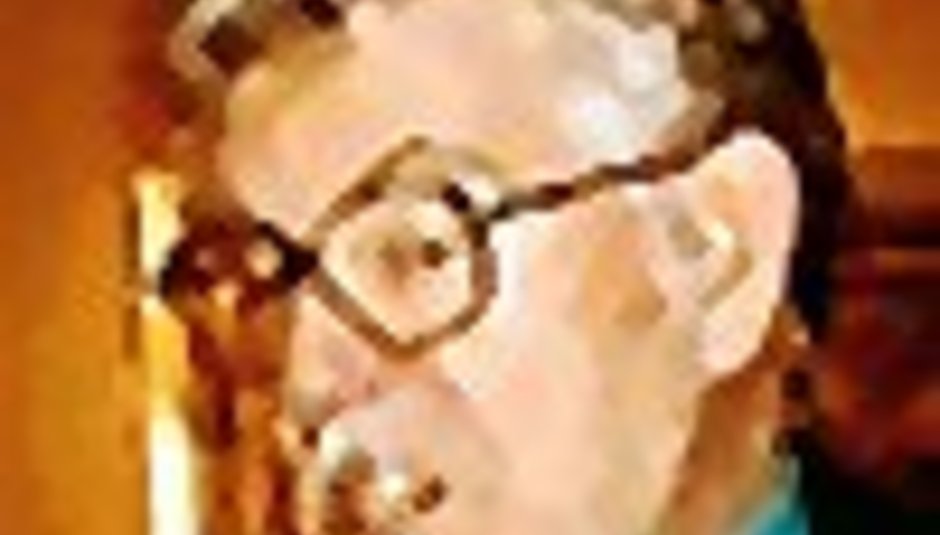 When given the opportunity of attending the opening of Rolf Harris’ new exhibition I jumped at the chance - the thought of free champagne and canapés bouncing around in my head. The exhibition incorporates the paintings and sculptures by Rolf, his wife Alwen and daughter Bindi and includes many of the paintings featured on the BBC series, Rolf on Art.

Being old friends of the Harris family, my mother, grandmother and I piled into a lovely new Connex train and set off for London with empty stomachs and a thirst for champers. The exhibition was being held in the Halcyon Gallery in Mayfair and we jumped a cab rather than slogging it out on the tube as my grandmother had decided to wear fashionably high but rather inappropriate footwear.

Arriving in style we lined up to have our names ticked off the list by a rather fearsome bouncer and entered the gallery. Now, I don't know if any of you have been to a gallery opening before but they really do include the stereotypes of London: fawning women in stage make up, fashion wannabes in ridiculous outfits, old men dressed as beat poets and a cacophony of straight faced art critics ‘umming’ and ‘ahhing’ at the paintings.

I made straight for the champagne waiter and helped myself to a nice cold glass and started trying to spot the canapé trays. Unfortunately there was no sign of food anywhere which was disappointing and worrying seeing as I hadn’t eaten since lunchtime. I was in danger of getting completely trolleyed on champagne since my glass was being refilled at an alarming rate. So, with an empty stomach and a slightly light head I wandered off to look at the paintings. Rolf is an amazing artist who is able to create stupendously good paintings with such simple flair and style. Bindi Harris crafts intricate sculptures full of beautiful detail that demand your attention immediately, a skill she has obviously inherited from her mother. Alwen Harris is a talented sculptress concentrating mainly on animals such as horses and rhinos with the focus mainly on the heads of these large beasts.

I was waylaid at this point because I spotted a canapé waitress ten feet away carrying a platter of dinky foodstuffs. I galloped towards her and made sure I was staring inanely at a painting on her route so that when offered the mini sushi rolls I could graciously say ‘Oh, don’t mind if I do’ as though I hadn’t noticed she was there. Unfortunately eating the sushi had only served to fuel my hunger ten fold and I wanted to wrestle the tray from her and stuff my face but, alas, it’s not the done thing to be hungry in an art gallery. As always at these sort of functions you have a small smattering of people you vaguely recognise and wonder why. These people, my friend, are the C List Celebrities. During the course of the evening I was charmed by Roger Whittaker (a dapper oldies singer with a flair for whistling – not the showjumper) and accidentally rubbed against Phil Mitchell’s (real name unknown by everyone) chest. When I smiled apologetically it suddenly clicked who he was. I also had an in depth conversation about being a red head with ginger nutted actor Damian Lewis from the BBC’s Band of Brothers series. I had no idea who he was but he pleasantly informed me he was here because Rolf had depicted him in a painting as his TV character.

There were no smoking facilities within the gallery which was a downer for me and all of my smoking family so we went outside. This is where the networking began. I had heard stories about this sort of thing and it always seemed like such a wanky thing to do, so when I realised I was being networked I had a strange urge to laugh uncontrollably at the silliness of it all. When I told people I was a music journalist they suddenly fell at my feet claiming that their band/PR company/record label was the best thing since sliced bread. Is there anyone who doesn’t work in the music industry these days?

Spotting a handsome fellow looking pissed off loitering outside I decided to go over and say hello. Using the oldest trick in the book I asked for a light and we got chatting. It turned out he was a journalist for the Telegraph so we fell into easy conversation about the pros and cons of being a writer. As we were talking a very haughty lady came out and informed him that he would not be allowed in as the press quota was full and as she delivered this she gave me something that can only be described as an evil death look. I quickly deduced that this was a lady who didn’t like journalists. So the handsome Telegraph man and me swapped business cards (well, he gave me his and I gave him a scrap of paper with my email address on it – swanky) and went our separate ways. As I entered the gallery again the haughty anti-journalist lady accosted me and asked if I was with the man from the Telegraph and I enjoyed myself immensely by explaining that I was in fact a family friend of Mr Harris and I was only asking the loiterer for a light. She shut up pretty quickly and spent the rest of the evening saying hello to me whenever she walked passed.

Before we left I quickly totted up the total of my alcohol and food intake:

Seven glasses of champagne (I probably drank more than that because my glass also kept getting refilled) so that was a result.

Four canapés which I think is pretty poor and it wasn’t for lack of trying to get more. The canapés I ate were as follows: one sushi roll, one roast beef horseradish thingy, one mozzarella and sun dried tomato crostini and something that was yellow and black arranged in a mini burger bun.

Back at Charing Cross station we had fifty minutes to kill so I made my Mum and Grandma sing Christmas carols while I held out my hat for money. We made forty five pence most of which came from a business man called David and a maritime lawyer called Charles. They joined our carol singing session and I made a further ten pence from two dapper looking elderly gentlemen who said they had to give me some money because they were wearing the same style of hat as me (fedora). They were very sweet and reminded me of the Blues Brothers but obviously a lot older.

We boarded the train with the two businessmen who also happened to be getting the same train as us and who had also become our new best friends. We spent the journey home with me introducing David and Charles to the wonders of snuff whilst a strange man in a cummerbund with ridiculous ears watched us curiously.

When we finally got home I made myself a big mug of tea and ate three crumpets covered in butter. Funnily enough they were a lot more satisfactory than the champagne and canapés.