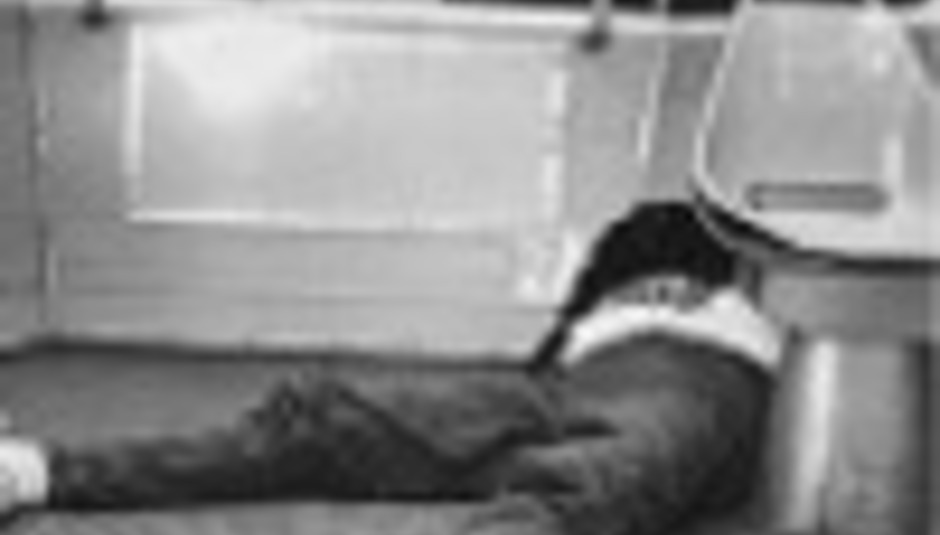 Pubs and TV are making our country a better place

Pubs and TV are making our country a better place

by Gareth Dobson November 13th, 2002
Its Wednesday afternoon and I am sitting at my desk, and I am so tired. Yes I've been out everyday since time immemorial, or at least that is what it feels like. Why? I don't know. Watching bands, seeing people, living my life. Trying to get away from all the madness, all the bullshit. But its pretty hard, its so trying. We're swamped by it.

The Queen's Speech. Such a quaint name. Obviously, it's not really got anything to do with the Queen, its actually the new set of parliamentary rulings and decrees which are read by the Head Of State. Merely a verbal automaton. I mean, she can veto them, but that would cause a monarchical and statutory crisis. But that's irrelevant, it's got nothing to do with anything.

The content of the speech. That's the important thing. Have you seen it? have you heard about it yet? Or were you watching Neighbours? No matter. Soon, you can watch all the Neighbours and Ready Steady Cooks that you want. Bovine England, chewing the mindless cud.

Wrapped up with all the anti-crime and court reform pledges were a couple of humdingers. Firstly, lets talk about pubs. The government have decreed that they are going to rescind the laws on 11 o clock closures of pubs, which means we can booze into the night as often as we like. Drinking into oblivion, which will help us ignore everything else that's going on. So what's got your back up about that, you ask?

Firstly, its not this brilliantly radical altering of a law; all it is is the quashing of an law which dates back to the First World War, when pub closing hours were enforced because the government (dominated by non-drinking Methodists) believed that armaments production was being affected. Its not exciting or amazing, its just a law they forgot to revoke 84 years ago. Bravo.

So why now? Well, simply, it's to curry favour. Labour has managed to spectacularly screw up its two terms in office, and they're worried that they are being perceived as this lapdog of Satan (that's America, by the way) riddled with bureaucracy and inefficiency. Coming apart at the seams. Plus, it's always a good idea to introduce a favourable law when you're about to go and start war with someone. Why have people sitting around watching TV, seeing how their nation is attacking say, Iraq, killing thousands of citizens without their consent, when they can go to the pub and sit there 'till 4am, get shitfaced and forget about everything? Why indeed. A masterstroke of kowtowing to the fools they perceive us to be.

"But Tony, what about the people? A lot of them disagree with war. What are we to do with them?"

"Fuck 'em, send the useless bastards to the pub, and hope they sober up enough to vote for us next time round."

You know how we laugh at Amorica for their useless television, and their Murdoch-fed Fox TV inanity, full of trash-loving, underachievement-embracing, failure-awarding brainless hypocrisy? Well, its time to laugh at us. After ten years of Springer-bashing smugness, we have finally managed to catch up with the greatest Western nation of them all.

Today, it was announced that laws to relax the rules on media ownership will be pushed through by the government despite deep concern and large opposition. So what? Well it means that our nation will now allow companies from outside Europe to buy UK terrestrial television and radio stations with greater ease, pushing their agenda and their bullshit onto our already shallow, mindless schedules. The ruling will "promote competition and investment", according to the speech. Yeah, fuck off. For "promote competition and investment", read "will be able to line governmental coffers, allowing us to mis-spend money as we make hideously blundering attempts to rectify the slumping economy through false wars and phoney claims of terrorist threats". Don't forget that with a good war comes a patriot nation and a good economy. It's all about the oil. All about Western influence. Don't forget it.

The Queen's Speech also confirmed that a new "super-regulator", Ofcom, would oversee the whole communications sector. This means that there will be one overruling body with absolute power, who deign what we can see, what we can't see and when we will, or will not see it. There is no comeback, no arguments. Rupert Murdoch wants to tell us about how great the American military is doing, or how important the Sun is in supporting the war in the Gulf, then we will see it.

Oh Rupert Murdoch, blah this, blah that. You're just using him as this demonic, poorly thought-out example of evil conglomerate culture. Well, listen to what the government had to say; they tacitly admitted that there would be "significant deregulation" of media ownership constraints.

That would mean a company like Rupert Murdoch's News International, Disney or AOL Time Warner could buy into a UK commercial broadcaster. Nice.

So, yes. The world is in a bad place. We are making that bad place. Don't let them treat you like dumbass idiots, think think think. Where's Bill Hicks when you need him? Doubt he'd get on telly anyway these days...