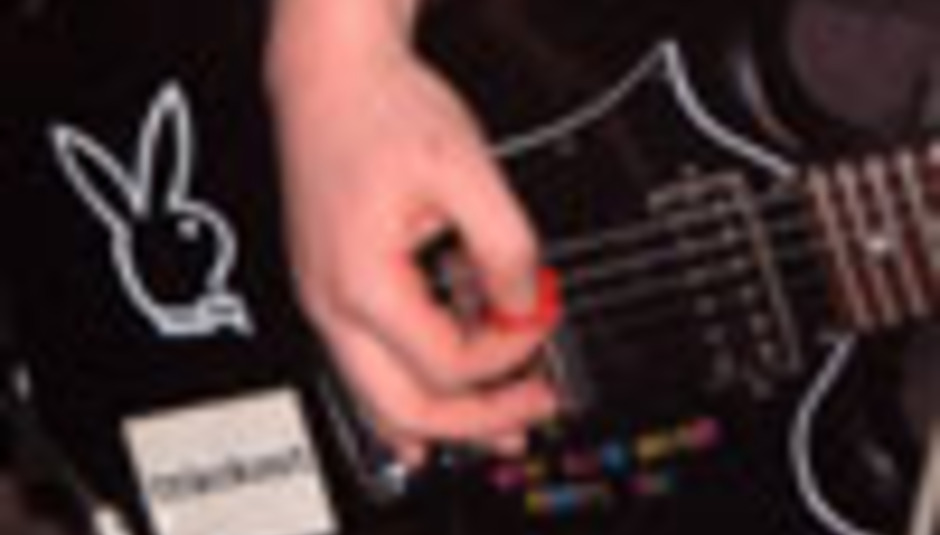 by Kate Price October 27th, 2002
Have you ever actually looked at the staff contact page? No? Well, if you had, you’d have noticed we’ve got our very own gig-going area contacts scattered right through to all corners of the UK, which is why it seems silly that most of our gig recommendations and listings are based in London. So, as ever, striving to make our service to you as brilliant as we possibly can, those of us who live a little further out of the way are plotting to deliver a monthly round-up of the gigging month ahead!

Sorted in alphabetical order, in one monthly article we’ll give you a DiS-approved breakdown of gigs in Bury St Edmunds/Newmarket, Cambridge, Cardiff, Essex, Liverpool, Oxford, Reading, Hampshire/Surrey, Sheffield/Derby, Tyne and Wear and Wolverhampton. Remember, those of you in London and Manchester can have a regular gig guide sent straight to your inbox by signing up to your local Defrag. Details can be found at the bottom of this page.

And without further ado, here’s what we think you should be spending your hard earned cash on in the month of November 2002…

CAMBRIDGE
Janeyferr .
Gig of the Month: THE CATHODE RAY SSYNDROME* (The Boatrace - 2nd)
CRS* are oft compared to GYBE! I sometimes think they're better. And then I remember they're not. But you should go see them anyway. They're still good. They perform with much angst. Support is from crazy electronicybassyguitarists The Sunnyvale Noise Sub-Element.
Also Recommended #1: The Broken Family Band (The Boatrace - 5th)
Lovely alt-county. Funny with angst.
Also Recommended #2: The Lollies
Witty IndieGrrrlPop
Other Gigs: Suede - Corn Exchange (11th), King Adora - Boatrace (12th), Donderevo - Portland Arms (23rd), 80s B-line Matchbox Disaster - Boatrace (26th), The Rock Of Travolta - Boatrace (30th)

LIVERPOOL
Tom Carlin
Gig of The Month: DOVES (Mountford Hall - 23rd)
It’s sold out now, but if Epic Singalong Manc Misery is your thang, you might be willing to stump out ridiculous fees to those lovely touts. Entertain yourself, and others, by singing Sub Sub’s ‘Ain’t No Love’ during the quiet, emotional bits.
Also Recommended #1: Oxide + Neutrino (Stanley Theatre - 7th)
On leave from So Solid Crew the duo with the worst names in the history of bad names take their Casualty and Mr Blobby namechecking songs to the Liverpool masses.
Also Recommended #2: Jesse James (The Masque - 9th
Wear your grooviest shoes and you might get lucky, just don’t call them Ska.
Other Gigs: JJ72 - Mountford Hall (4th), King Adora - Stanley Theatre (9th), This Girl - Barfly (17th), The Vandals - Stanley Theatre (23rd).

OXFORD
Matthew Willson
Gig of The Month: SOUTH SEA COMPANY PROSPECTUS + THE YOUNG KNIVES + PSYCHID + IVY'S ITCH (Zodiac - Sat 16th)
Not terribly exiting gig-wise in November but this one may be worth checking out. SSCP are upcoming local space-rock sample-mongers, The Young Knives the latest Shifty Disco fad and have been described by some as new-wave funk (what the fuck?)
Also Recommended #1: Chris TT + Trademark + The Plume (The Cellar - Mon 11th (my birthday!!))
A trailerpark night, only £2.50 on the door, random fun anti-folk type antics
Also Recommended #2: Black Nielson + Caretaker + Kaito (Wheatsheaf - Fri 15th)
Local lo-fi indiepop sorts Black Neilson with the OKish post-emo-core-whatever-ish Caretaker and Kaito who are apparently supposed to be good.
Other Gigs:
The Faint + Radio 4 - Downstairs @ Zodiac (19th), Sunnyvale Noise Subelement - Zodiac (22nd).

SHEFFIELD/DERBY
Kate Price
Gig of The Month: HUNDRED REASONS + SPARTA + KINESIS (Sheffield Octagon - 2nd)
Three bands that we at DiS have followed closely since they were but wee nippers. Now they are to take to the same [rather large] stage that has previously been graced by the likes of Reef, Foo Fighters and Idlewild. Time to wipe away the tears of EMOtion and join the sweaty big-haired kids at the front for a good skankin'!
Also Recommended #1: ThisGirl + Reuben (Derby Victoria Inn - 20th)
Two of the best new bands around... s'all there is to it! Emo & lo-fi nu-metal (if that can ever exist) type stuff.
Also Recommended #2: My Alibi + Plans And Apologies (Derby Victoria Inn - 28th)
Two of Derby's finest altogether, atthesametime. Expect tinkling pretty guitars, melody infused vocals and the odd burst of *RARRRRRRGHHHH* type stuff.
Other Gigs: King Adora - Sheffield Barfly (3rd), The Dawn Parade - Sheffield Casbah (7th), X Is Loaded - Sheffield Barfly (12th), Kids Near Water - Derby Vic Inn (15th), 3 Colours Red - Sheffield Leadmill (15th).

TYNE AND WEAR
James Jam
Gig of The Month: Q AND NOT U + RED MONKEY (Newcastle Head of Steam - 6th)
Dischord Record recording artists and New York residents Q And Not U visit the toon for a much anticipated show on a UK tour that should cement their status as the finest purveyors of the jerky jerky sound. Support somes from the wonderful Red Monkey, back after a lay off due to babies and stuff, this is a show that you'd be daft to miss.
Also Recommended #1: Econoline + The Unit Ama + WFN (Newcastle Head of Steam - 14th)
Emotionally fuelled indie rock from down south, with support from the mathy punk of the Unit Ama and Sunderland's fourth best band WFN.
Also Recommended #2: Dan Potthast + Amazing Flying Marrows(Newcastle, Stout Fiddler - 10th)
MU330 frontman Mr Potthast stops off for a rare solo performance with support from southern boys Flying Marrows.
Other Gigs: The Splitters + 46 Itchy -Newcastle Head of Steam (7th), Le Danger - Newcastle Head of Steam (13th), This Ain't Vegas + The Futureheads + WFN - Sunderland The Ropery (20th).

WOLVERHAMPTON
Stephanie Mills
Gig of The Month: FANTASTIC SUPER FOOFS (Little Civic -8th)
Not only do this band have a cute bubbly name, but they also have the cute bubbly tunes to go with it. A few Weezer-isms, a touch of the Pixies, and sugary-sweet melodies all add to this majestic event of super rocking pop. Even more proof that all the best things come from Wales.
Also Recommended #1: JJ72 (Wulfrun Hall - 13th)
Expect soaring choruses, powerful guitars and plenty of rawk star pouting.
Also Recommended #2: The Eighties Matchbox B-Line Disaster (Little Civic - 19th)
Dirty, thrashing, hardcore post-punk - just keep your mother away from this lot!
Other Gigs: Stickman - Little Civic (2nd), Tribute To Nothing - Little Civic (22nd).