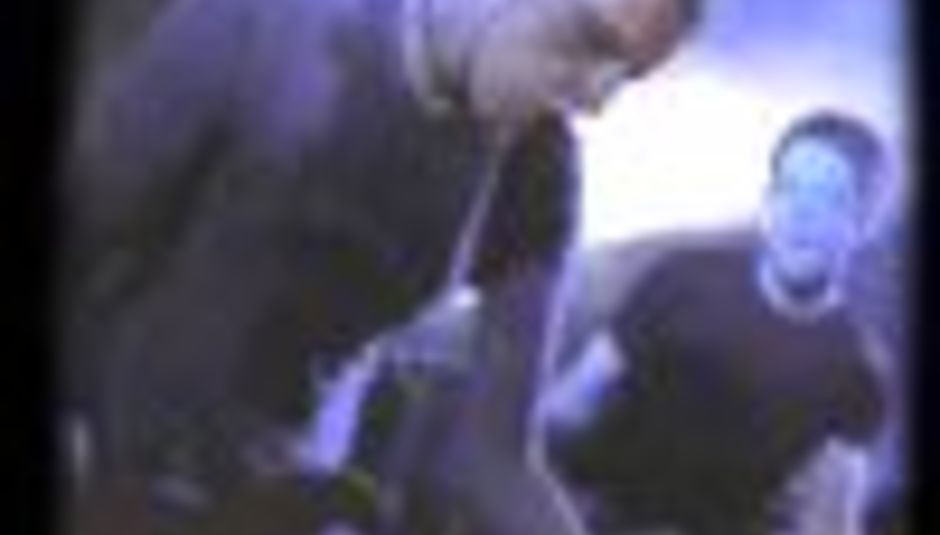 by Sean Adams October 9th, 2002
Another month, another load of bands out there on the roads, service stations and floors of the United Kingdom...

This month, what with it being ROCKtober, lots of bands with releases ready for Springtime albums, so there's loads of bands we here at dis ain't shut up about for quite some time going out. We throroughly recommend if any of the below shows come near you, you get there and see why we're nuts about these bands! (that's assuming you don't know what we know, otherwise, you know how it is!). Feel free to use the comments section to arrange to meet people at shows you're going to and hassle us about stuff we've missed for part 2...

My TOUR OF THE MONTH is that of the mighty norweigan rockbeasts SPAN! They kinda sound like a stadium band doin ramones-inspired punk, with big dramatic bits and lots of pop-punk moments. Hard to explain but that's what makes them special. On the 29th October they have their debut single on Island called 'On My Way Down'. This tours with Vendetta Red who i dont know too much about, but anyway, yay, get yer jumping shoes to..
Weds 9th - Glasgow King Tuts, Thurs 10th - Leeds Cockpit, Fri 11th - London Underworld, 12th - Southampton Joiners, 14th - Cardiff Barfly, 25th - Oslo Blaa (HEADLINE) and Weds 30th - London 100 Club (HEADLINE + Millionaire)
Website: spanzone.com

Nu Yawkians INTERPOL with all their style mag cool go out on the road with uk space-folk-dance-weirdo's SIMIAN who will have a new single 'NEVER BE ALONE' out on October 14th, taken from their forthcoming album 'WE ARE YOU'RE FRIENDS' out October 28th. This tours a bit of a clash of styles but the same kinda mentality, and the tour goes a lil summat like dis...
Weds 9 - cardiff barfly, Thurs 10th sheffield barfly, Fri 11th - glasgow king tuts, Mon 14th - liverpool university(+british sea power), Weds 16th london scala, Thurs 17th - bristol louisiana, Fri 18th manchester roadhouse, Sat 19th brighton free butt

Your ROCKtober mission: Get out there and get some inspiring music and fun insider of you.