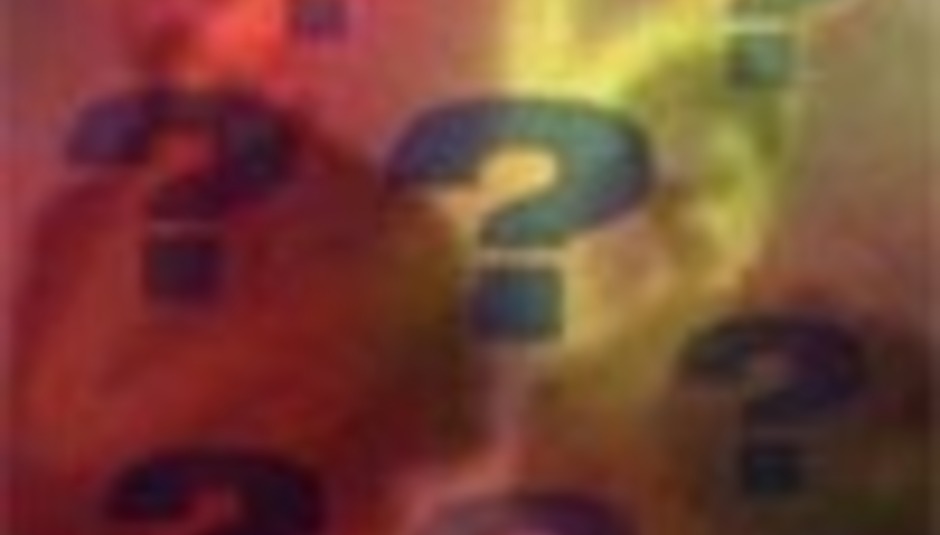 by Kate Price September 20th, 2002
Stapleton, eh? Seems a pretty daft choice for the launch of a new feature… Shouldn’t we be throwing the multi-million record-deal type artists at you and proving how great our address books are? Well, I’m afraid we’re gonna be saving that for a rainy day, ‘cause we’ve decided to launch the feature not with the most impressive name, but with one of the most unique, brilliantly filled in questionnaires yet.

So...you think back to some time last year, when Hundred Raisins were but a mere rumbling in the underground, giving the PA’s of all the grottiest little venues a bashing. Now try to remember the supports – the first one to be precise. A quiet, sincere, slightly bashful Scottish band with the most exquisite pre-Aereogramme beards you would ever care to imagine. Along with that, some of the most beautifully intelligent, absorbing emo-based tunes to have blessed your decaying ear drums in yonks. Ring any bells? It should do! THAT is Stapleton. And this, fellow friends, is singer/guitarist Ian Arthur’s some-what shocking response to the DrownedinSound.com’s 7 Questions!

1. What is your favourite cheese and why?
Lucky you asked me this question and not Al as he has some major cheese issues and we can’t afford to put him through the therapy to fix him a second time. I’m not too much of a cheese fan but I do like the odd bit of boring old Cheddar on toast from time to time. Nothing too strong. Man, if Al knew I was answering cheese questions he’d be having kittens.

2. What would be the first thing you'd do if you had a really convincing sex change?
Show my Mom and Dad.

3. If you had to sleep with another member of your band who would it be and why?
Al. Nothing against Gordon, it’s just I feel that Al and I could work through that kind of relationship. Not sure I could bond with Gordon on a sexual level.

5. Who or what do you really hate at the moment and why?
I have issues with food just now. I can’t say I hate it but I do hate the way it takes so much longer to prepare food than it does to consume it. My average evening meal will take me anything between 30-75 minutes to prepare, yet only ever 10-15 minutes to eat. I feel cheated in this respect. I know the answer is microwave meals but I question their nutritional value and therefore don’t give them the time of day. As for things I actually currently have as this moment in time, I’m getting a bit annoyed at people who moan a lot really. Moaning about the state of UK music, about selling out, about major labels, etc. Things won’t/can’t change so why waste your breath. I can’t even be bothered going into it

6. Which member of your band do you hate the most and why?
Gordon, again, nothing against him, It’s just because he won’t let me have sex with him.

7. Who’d win the fight: The Grateful Dead OR The Undead with burning spears?
I’m not familiar with either band but I do like Cherry Garcia Ben & Jerry’s ice cream so I guess that’s a good enough reason for The Grateful Dead to win.

Both Stapleton’s previous albums, ‘Rebuild The Pier’ and ‘On The Enjoyment of Unpleasant Places’ will be available again over the next few weeks, having both recently been re-pressed. As well as that, at the end of the month, they’ll be off to the big smoke to record a new EP, which should be available at the end of the year, along with a nice big tour [make sure you go armed with plenty of cheese]. As ever, keep your eyes firmly on our news section for more info and updates on status Stapleton. Apart from that, I’d recommend you go and have a good nosy at their OFFICIAL SITE.