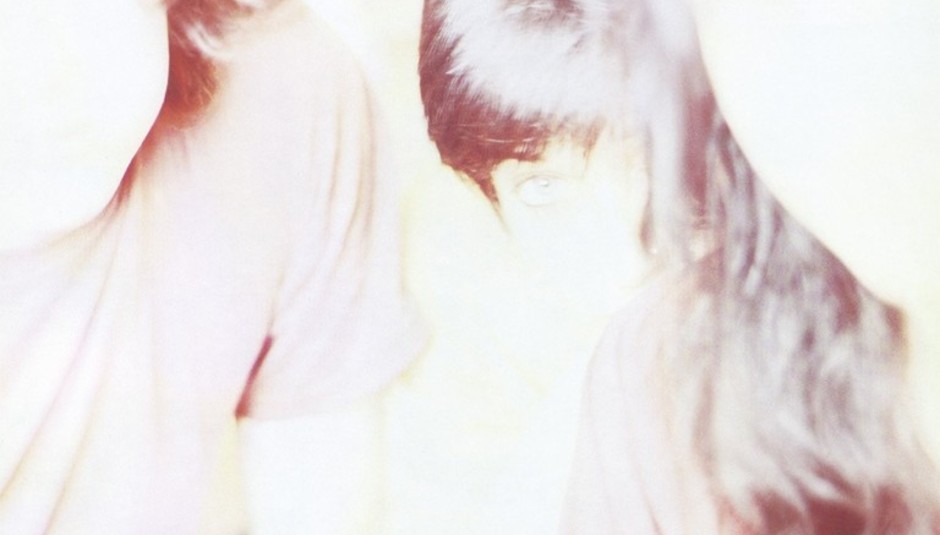 The Fangasm: Isn't Anything by My Bloody Valentine

The Fangasm: Isn't Anything by My Bloody Valentine

1988 was arguably one of the greatest years for album releases in living memory. It Takes A Nation Of Millions To Hold Us Back by Public Enemy, Happy Mondays' finest hour with Bummed, Tender Prey by Nick Cave And The Bad Seeds, Talk Talk and Spirit Of Eden, plus not one but TWO great Fall albums in The Frenz Experiment and I Am Kurious Oranj.

That's only the start. Bjork's first foray into long player territory with The Sugarcubes Life's Too Good came out in the spring of '88, as did the Butthole Surfers' Hairway To Steven and Pixies' Surfer Rosa. Slayer's South Of Heaven and thrash icons Carcass with Reek Of Putrefaction took metal into bolder and more brutal territories, while pop was equally well represented by Prince and Lovesexy, Kylie Minogue's self-titled debut, and Pet Shop Boys' third LP Introspective. Indeed the list is endless, which makes some people's negative take on the eighties as a decade all the more baffling.

It was towards the latter part of the year that four landmark records emerged, each of which would go on to play a definitive part in their creators' careers. Sonic Youth's fifth album Daydream Nation and Dinosaur Jr's third Bug landed during the final two weeks of October. Both still widely regarded as either's finest body of work, they were quickly followed in early November by R.E.M.'s sixth album Green, another pivotal release that almost certainly provided a springboard for the mainstream success that followed. Finally, just a fortnight later, My Bloody Valentine put out their long-awaited debut Isn't Anything.

Rewind just eighteen months earlier and it was a completely different story. The band's original singer Dave Conway had just quit the band, and although Bilinda Butcher was recruited soon after, the group dynamic changed so dramatically the band's name almost went too. Relationships with then-label Lazy had taken a turn for the worst and money was in short supply, although the band's final releases for their former suitors hinted at what was to come next.

The live show had also become a more visceral affair. A support slot with Primal Scream at Nottingham's now defunct Mardi Gras venue earlier in the year springs to mind. Several false starts and a barely recognisable setlist featuring very few songs pre-Creation suggested they were a band either in transition or flux. Looking back now, it's remarkable to think My Bloody Valentine were already considered to be a spent force in certain quarters by this point. Post Psychocandy - arguably the biggest game changer of them all that decade - the influx of numerous American bands had created a more experimental post punk landscape with the likes of Sonic Youth, Big Black, Hüsker Dü, and The Replacements leading the way.

1988 became something of a year zero in the My Bloody Valentine story, with a support slot with Alan McGee's band Biff Bang Pow! in January leading to a deal with Creation Records. The band's sound developed considerably over the course of that year, Kevin Shields' guitar in particular becoming more and more prominent in the mix. When their first release for the label came out later that summer, containing a bunch of songs that had featured in the live set for months, it was clear the My Bloody Valentine of yore were long confined to the past. 'You Made Me Realise' arrived like a bolt out the blue; a brightly lit touchpaper heralding new beginnings and endless possibilities. That it still features as the grand finale of their live show today speaks volumes, as does the fact three of the other songs on that EP ('Slow', 'Cigarette In Your Bed' and 'Thorn') are also regulars thirty years on too.

With the reception to 'You Made Me Realise' having been positively glowing from both industry and punters alike, it seemed only natural a full length album would be the next step. There'd been a couple of attempts before with 1985's much maligned This Is Your Bloody Valentine and the under funded Ecstasy two years later being afforded "mini-album" status. However, Isn't Anything was the real deal, a record so groundbreaking and ahead of its time bands are still trying at length to recreate today.

Recorded over a two week period that summer, Isn't Anything's release on 21st November rounded off an incredible year for music. One that ensured songwriters and bands looked forward for the next three decades and beyond. Genres and sub-genres were created in its wake, with its creators' legendary status already well on the way to being cemented. It's interesting now that follow-up Loveless is seen as My Bloody Valentine's defining moment, which to all intents and purposes it kind of was. However, to get from the struggling band on a sojourn in Berlin a couple of years later to the one putting out Loveless to a plethora of open mouthed plaudits there had to be a line drawn in the sand. A modus operandi of sorts that didn't so much provide a template; an unthinkable practice in the world of Kevin Shields and co at the best of times, but still a blueprint for which to work with. A bar to aim higher. Over time, Isn't Anything has become that standard bearer, each and every one of its twelve pieces offering something new and exciting with every subsequent listen.

It also highlights what an incredible bunch of musicians and arrangers My Bloody Valentine had become. With Shields' (then) understated genius at the helm, Bilinda Butcher a perfect foil, and such a flawlessly taut rhythm section in Debbie Googe and Colm Ó Cíosóig, Isn't Anything highlights a band at its absolute creative peak. It's a uniquely constructed artefact that's stood the test of time, and will continue to do so well into the future. I could sit here and list the superlatives for each and every one of those twelve songs but that would be spoiling the surprise. Because believe me, even now, thirty years on. It still throws another unexpected spanner in the works. Which ultimately is the sign of a pivotal moment in musical history.

So it's a happy 30th Isn't Anything. Long may you go on to confound, bedazzle and exceed expectations.

We Love EU: The Past and Future of Po...

In The Court Of The Crimson Imp: DiS ...