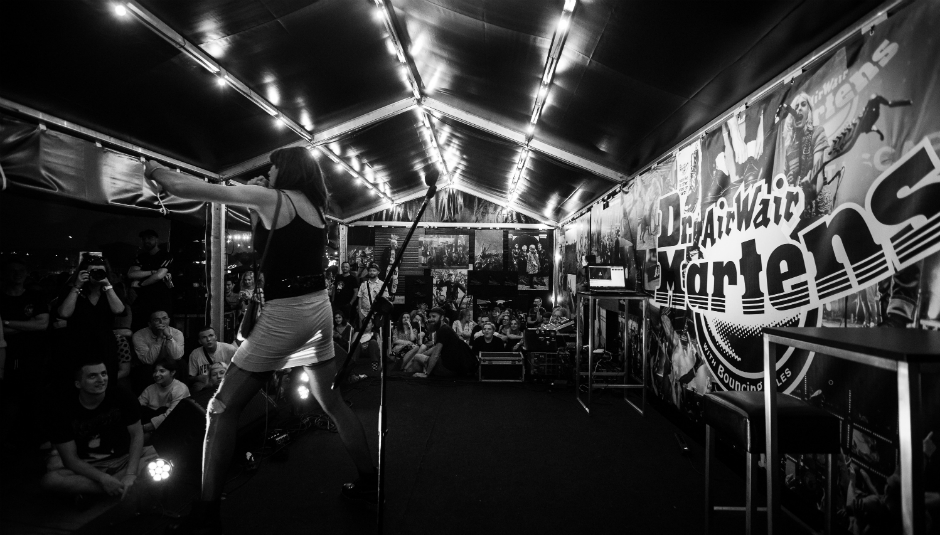 We Love EU: The Past and Future of Polish Mythology

We Love EU: The Past and Future of Polish Mythology

If siren mythology scatters the earth like dandelion seed, settling in different forms each time it lands, it is perhaps because it tells us the three stories we long to hear: enchantment, danger, and sacrifice. The deities of ancient Slavic folklore are no different, though their sense of loss is heavily pronounced. The alkonost flies around projecting a sound that is both exquisite and hypnotising, immobilising all who hear her until they can focus on nothing else. The gamayun sings to herself, undecipherable and permanently alone in knowing the secret fate of the world. The rusalka is a water spirit who sings a song to lure men to her in the forest; in a story that would essentially become repackaged as The Little Mermaid, she then sells her voice to a witch after falling in love with a human, her language the price of popular acceptance.

Upon exploring modern Katowice, I am pleased to report that there are very, very few demonic bird-maidens at large, though reflections on the value and utility of language remain. For Panieneczki, who I meet prior to their set at 2018’s OFF Festival, the past and present are united by language and music. “Our music combines Polish traditional folk songs with electronic music, something that begins in the past but it also very modern,” Anita Sobiechowska tells me backstage. “All the lyrics are from traditional Polish songs, and we’ve mixed it up with something new.”

For the band – Anita, Irena, Joanna and Kate – it wasn’t just about exploring Poland’s folk history with an academic eye, but finding a common voice that resonated among the four young women in 2018. “We had very different musical backgrounds. I was a jazz bass player, Irena is a classical musician. When we discovered Polish traditional music, it was something that connected us.”

What is it about the past that offers us such warmth, such familiarity? I find myself coming back to that beloved Welsh word hiraeth: the longing for a home that no longer exists, or perhaps never existed. It speaks of an oddly comforting melancholy, the idea that the physical landscape we now inhabit was once shared by our ancestors; that perhaps, however different our lives may appear, we share something in common with them still.

We make our homes in the present nonetheless. For Asia i Koty that home is Poznań, and I’m embarrassed to tell them that my cultural knowledge of the city extends to the way their football team’s supporters turn around and jump up and down at matches. Fortunately, lead singer and songwriter Asia (AKA Joanna Bielawska, who is joined by Iga on synth and vocals) just laughs. “I find Poznań quite perfect for my needs, in terms of music, but also in terms of everyday life.” Does she feel the pull of a larger city, in the way UK acts have historically gravitated towards London? “I love Krakow, and I love going there to play concerts, but there’s almost too much of the artistic vibe…”

For many Polish communities, the whereabouts of home has been further fragmented by the necessity of economic migration. “I have family in the UK. My mother-in-law and sister-in-law went to the UK to work. They’ve been there for eight years, and we still visit them. It’s fascinating because I go to the UK, and there are Polish people everywhere – it doesn’t feel so foreign. But many Polish people are forced to go there because of their situation, because earning a living there is ten times easier, even working simple jobs.”

Naturally, this also means learning and speaking a new language. Of the three acts I interview, all of whom are bilingual, only Asia i Koty sing in English. Do they feel there’s a pressure to reach wider audiences? “To be honest, if you want to be bigger in Poland, there’s a pressure to write in Polish. But I try not to think in those terms. Language is my material, whether it’s Polish, English or Spanish. If it sounds good, why not use it?”

There is, they suggest, another Polish artist playing at the festival who would be particularly worth talking to about this sort of thing. “There’s a big person in the local scene, quite controversial, Legendarny Afrojax. The guy’s quite a sensation. He sings about interesting acts of Polish life – nationalism, sexism. He has a lot of character, and the music is quite peculiar as well. He’s not afraid to touch on difficult subjects.”

They were not wrong. Michał Hoffmann, the man behind Legendarny Afrojax’s hi-octane hip-hop, claims he raps in Polish because it’s “the only language I’m proficient in,” which soon turns out to be wildly untrue – particularly for an artist whose last LP was titled Nikt nie słucha tekstów (Nobody listens to lyrics). “Contemporary pop music was conceived in the UK and the US (also France to some degree),” he explains, “and it just isn't tailored to have lyrics written in a Slavic language. Most attempts to prove otherwise end up in horrific clumsiness. On the other side, Polish is a very rich language, with loads of varied forms and a vast vocabulary, so once a writer is comfortable with all the traps and landmines, the results can be exceptional indeed.”

Any question of national identity inevitably becomes tempered by the extent to which a country can have a collective voice, and Hoffman remains cautious of veering into outright nationalism. “The typical Polish state of mind is a mixture of heroism and fear, produced by deep conviction that Poland has been incessantly betrayed and harmed by other countries, all through the millennium. That's what we were taught, starting from kindergarten. No wonder that we stay rather wary towards the rest of the continent, save possibly Hungary.”

Through all these conversations, I’m reminded that the ‘We Love EU’ series exists as a celebration of European culture, but one that inevitably feels drawn from the sense of loss the UK is beginning to experience in the face of Brexit. Hoffman relates to the cynicism. “Given the latest circumstances, I'm afraid this astonishing experiment that is the EU will be short-lived, for it may be too bold, too modern to be fully understood by the majority of its citizens.” Like the siren calls of folklore long past, we risk succumbing to myopia if we become too infatuated with our own voice, never hearing the songs of others. “If the construction survives long enough, the hope lies in the future generations to come and declare ‘I'm not (insert a nationality here), I'm European’.”

A Celebration Of Sound: DiS Does Le G...

The Fangasm: Isn't Anything by My Blo...