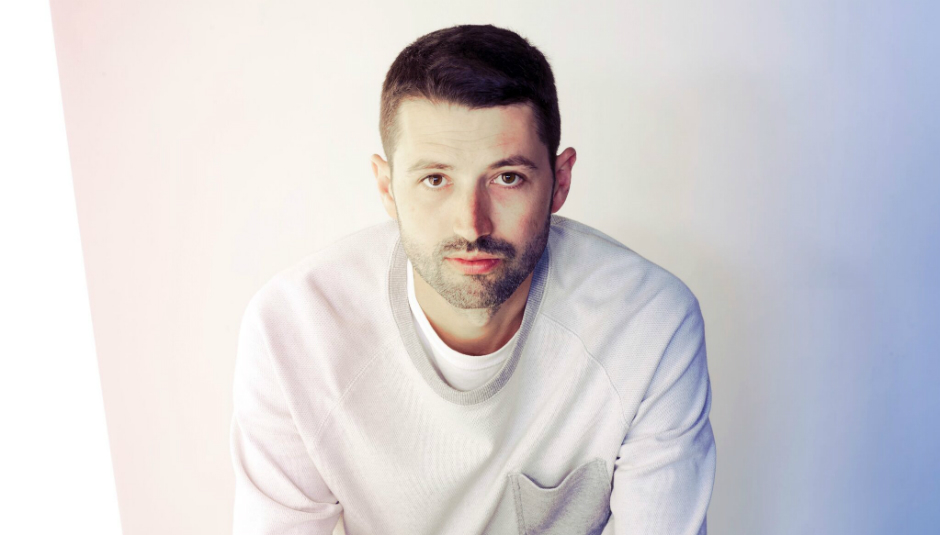 His third full-length makes as much abundantly clear. Its title, Hundred Acres, suggests material wealth – that much land doesn’t come cheap anywhere – but the Wisconsin singer-songwriter is working, as he so often does, in metaphor. He measures his own estate not by square footage but instead in terms of the value of his interpersonal relationships – with his wife, with his children, with his friends, with his peers. The calculation of his net worth, if it were up to him, would involve figuring out how many waking hours of every day he spends happy, rather than how much money he has in the bank. That, surely, is the very definition of unassuming.

Then again, it seems insincere to suggest that Carey is a regular guy when, as the drummer for Bon Iver, his job regularly takes him around the world and has him performing in front of thousands of people on any given night. These days, though, the comparisons with Justin Vernon that have followed him around for as long as he’s been releasing his own music increasingly only serve to underline the differences between him and his bandmate and mentor. Vernon has, for better or worse, disappeared down a wildly ambitious electronic rabbit hole of late, and continues to obfuscate at every turn; evading the press, organising music festivals with suck-it-and-see lineups, and making ill-advised guest appearances with giants of hip hop.

Carey, meanwhile, has deliberately made a record that, in basic compositional terms, is straight-down-the-line indie folk, eschewing the more experimental stylings of his last full-length, Range Of Light. That isn’t to say that Hundred Acres lacks ambition – it is replete with clever instrumental flourishes, specifically a quiet flair for both strings and synth – but it rolls by with a handsome ease that, by its very nature, holds up a flattering mirror to its thematic preoccupations. Carey embodies that warmth in conversation, too, as he talks through this very midwestern labour of love.

DiS: How long was Hundred Acres in the works for?

Sean Carey: It definitely came together over the course of a few years. There’s one song on the record, ‘Fool’s Gold’, and I think I wrote that over three years ago, at this point. I demoed it in my house, and there was just something about the vibe of it that I really liked. The fact that the acoustic guitar was leading the way, with all of these little textural embellishments; it just felt like such a strong song, and yet it was really simple in terms of the chords and the form of it. I just wanted to try to make nine more like that, so that I’d have a record in that mould, that design.

Was there any divergence along the way? It seems like a long time to keep such a clear idea of the aesthetic you wanted in your head.

I mean, I probably could’ve finished it a lot quicker, but I didn’t know when we were going to be able to put it out, between touring with Bon Iver and other releases that were on the calendar. Instead of wrapping it up early and then having to sit on it for a while, I tried to keep it as a work-in-progress until I knew there was a definite endpoint in sight.

There are a couple of songs that veered off of the track, that had a different instrumental palette. ‘Emery’ is more piano-based and has some electronic sounds on it, and I wasn’t sure about that until I played the demo of it to Justin Vernon, off of my phone. He loved it, and said, “You should mess with that, and see what happens.” In the end, it fit the album’s style, especially in terms of the melodies and the vocals.

When you said that ‘Fool’s Gold’ really laid the groundwork for the rest of the record, was that in terms of the sound or the way in which you approached the writing of it?

It was the production that was really alluring, I think, and how that bled into the sound of it. The demo was really kind of lo-fi, I guess, and we kept a lot of it on the finished version. That’s what I was aiming for, that home recording meets proper studio thing, where the sounds are kind of coloured by the production but in a pure and honest way. It was exciting to pick a palette that was smaller and more guitar-focused, with the vocals up front, and with some subtle synth pad stuff going on. There are strings, too, and they play a big part on the record. I took all of that and ran with it. ‘Fool’s Gold’ was more of a folk song than a lot of the work I’ve done in the past, which has been…experimental isn’t the right word, but just different from an instrumental perspective, because I was coming at it as a percussionist. On this album, I really wanted to be more of a songwriter than anything else.

What really jumps out at me about Hundred Acres is the vocals. It just feels as if you’re coming at them from a different angle to before, having them more prominent in the mix. Is that something you felt develop over the course of touring Range Of Light, and becoming more of a singer every night as you played those songs?

Yeah, totally. It was sort of inevitable, but it was also a conscious choice to focus on singing. I’ve always thought of myself as a drummer first and everything else second, but maybe I need to reconsider that, because it's maybe now more a case of me being a singer who can also play a bunch of instruments. That’s what’s reflected on the record, anyway. And, you know, I think I just approached them much more deliberately and much more confidently; I was playing around with different microphones and really coming to understand how you can kind of craft vocal takes in the way you would instrumental parts.

Were you reacting against Range Of Light when you decided you wanted to make more of a folk record this time out?

Sort of, but it was also that I wanted to go in a different direction to the one that a lot of pop music and even artists similar to me are heading in, which is more of an electronic thing. I really enjoy that too, but I just wanted to veer the other way. It’s a combination of that and, like you said, changing gear for my own sake, especially after having toured those songs for so long. It was a little nerve-racking when I was figuring out how these new songs would work live, because I was flitting between guitar, synths and drums, but it was a challenge, and it just felt exciting to be changing it up.

It’s interesting that you talked about resisting the electronic move that some of your peers have made, because that's exactly what Justin’s done, and you’ve been playing those songs with him on the road…

I know! What Justin’s done with his last three records – what he’s done to music over the last ten years – is kind of insane, and you can hear derivatives off of his ideas pretty clearly all the time across a bunch of different music now. I think that's great, but for me, it was important to create a little bit of separation between my place in his band and my own work. I don’t want be using all the same tricks; not that I don’t love what he's doing, and not that it’s not really fun to play live - I sing a lot of AutoTune parts in Bon Iver, and that's awesome. I just think it’s boring to hear other artists try to copy that too closely.

It feels like a more centred record in that respect.

Yeah, it’s less exploratory lyrically in the past. I really like that idea of living off the land – in a very figurative way. You know, living a simple life and being mindful of the things that make you happiest.

Speaking of living off the land – you made the album at April Base in Eau Claire again. Now that it’s attracted so much attention and there’s people travelling from all over the world to record there, does it still feel like the intimate kind of safe creative haven that Justin talked about it being when it first opened?

It still is, yeah. It's constantly changing and growing, but I love hanging out there; we had a great time making this record, and we’ve been back there to rehearse too. The spirit is exactly the same as it ever was, but it's beginning to shift to being more of a multi-dimensional art space, so there are different kinds of things being done there all the time. There's going to be some renovations, and things are taking off, but it remains very special to me. I'm very thankful that it’s five minutes down the road from me. It’s home, you know?

Hundred Acres is out now via Jagjaguwar. For more information about S.Carey, please visit his official website.