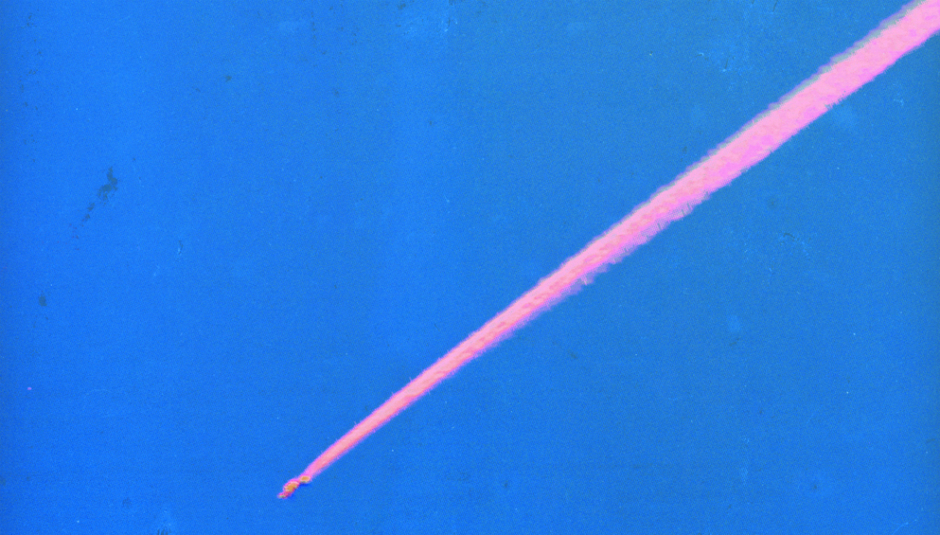 Before I dig into the slightly yucky-titled latest album by the young music prodigy, King Krule (aka Archy Marshall), here’s a little scene-setting: it’s a Sunday evening and I’m in my bedroom is southeast London, with the sounds of sirens and roaring engines pouring into my room through the open balcony door.

The autumn is starting to gradually make itself known as the cold wind throws my track blinds around chaotically. I’m also nursing a ferocious hangover so I pray to gods that Archy’s latest work isn’t a venture into screamo rock or extreme grindcore that’ll make the violently throbbing vein in my temple burst.

For all I know, it could be. My knowledge of King Krule is very limited and can be pretty much summed up by “pale, hungry-looking fella who sounds like Shane MacGowan doing an XX song,” so I’m not entirely sure what to expect, but let’s go.

First track—and I already feel at home. Deliciously satisfying jazzy beats and a groovy, loungy melody play out to a high-pitched, tinnitus-inspired noise in the background. It evokes a strange emotional dissonance of feeling both at ease and on edge at the same time and, perhaps, intentionally so, as Marshall’s lyrics mimic this experience: “I think we might be bipolar / I think she thinks I’m bipolar”.

Exploring one’s mental issues reminds me of another gentleman whose latest album I really enjoyed, and I immediately start drawing further comparisons between The OOZ and Kanye’s Ye. I know, I know – quick to jump to conclusions, but the unsettling disharmony between sounds, the glitchy beats, and a kind of rough-around-the-edges styling, are just some of the things that they have in common.

Anyway, similarities to Kanye are never a bad thing in my books.

More mental illness exploration, but on a hefty dose of Valium this time. The music’s getting trippier, wearier, and angrier, as Marshall delves into the issues of isolation, loneliness, and the need to belong, starting off in a numb, impassive manner in the likes of Nirvana’s dejected “Dumb” (“I wish I was equal / If only that simple / I wish I was people”) but growing more and more neurotic and hysterical, channelling Radiohead’s “Creep” with aching growls, and dark, minor chords. It’s a real heart-wrencher, and I’m starting to worry about this kid.

Not sure what a “Dum surfer” is, but I’m thoroughly enjoying this farrago of playful guitar trills, smooth sax, more tight beats and Marshall’s deadpan delivery painting a pretty bleak picture of a night out consisting of crashing cars and vomiting on the pavement.

A master of juxtaposition, he once again comes up with an unlikely pairing that turns out to be the perfect accompaniment to a hangover: a chilled out, mellow lounge-music vibe which will steady your heartbeat and soothe your mind, but mixed together with enough gloom and nihilism that’ll aid your continuing self-flagellation for putting away too many drinks last night.

We’re shifting gears on this one. Marshall drops his aggravated, Pogues-like half-rapping and switches to a gracious rhythm and beautiful, high-pitched croon that sounds like a blend of Devendra Banhart and alt-J. Where did that come from and why did it take him so long to bring it out? I love it.

It’s a slightly manic, trance-like ballad and the first track on this album that sounds completely different from everything else I’ve heard so far. Blissful.

Footsteps on the pavement; a female voice speaking in Spanish; New-Agey motifs in the background – not sure what any off it has to do with Bermondsey, but I like it…and – whoop – it’s over. It’s a nice little experimental one-minute filler, unexpected and effortless, without sounding pretentious. Marshall has a great knack for keeping you on your toes.

From high-pitched croons back to the guttural, reverberant talking. ‘Logos’ is a busy track, toying with multiple melodic textures and changing pace and instrumentation with ADHD-like frequency, yet it all glues together effortlessly well.

Again, I can’t help but admire how naturally these busy arrangements roll off the track, without a hint of force or trying too hard to sound sophisticated or edgy. Marshall’s natural talent as a music producer is absurdly good for a guy of just 24.

I think he hit the jackpot with this one. It’s sumptuous, smoky, and slightly filthy – perfect for nocturnal listening into the early hours.

A dejected tale of a lonely, broken heart; vulnerable, melancholic vocals; “Lonely Blue”—“Almost Blue”...whether or not it’s a conscious nod, I can’t help but think of Chet Baker as I’m listening to this track.

I like spending time in this dude’s company. Anything that makes me feel like a lonely bum out of a Bukowski novel brings me joy in life.

Perhaps the closest Marshall has gotten to a happy (which is a very relative term when it comes to King Krule) love song so far. He sings: “Has it been this long since I’ve had this bond? / I walked across you every day / As I floated along / Spent most of my time orbiting your waist” in a distant voice that sounds like it’s coming from an old radio transmitter which amplifies the sense of longing for the woman this song is clearly dedicated to.

It’s a slow, minimal little piece, adorned with dense and beautiful electronic soundscapes and saxophones. The guy loves his saxophones.

Another departure here, as we plunge into punky guitar riffs and dirty drums. Not a huge fan of ‘Blimp’, as it’s slightly monotonous, but I do like it when Marshall switches from singing to screaming and vice versa within a matter of seconds: it’s coarse, primitively sincere and imbued with deep emotion.

Another 180-degree turn as ‘Czech One’ (I’ve given up on making sense of the titles at this point) opens with Marshall’s soft whispers accompanied by a female vocalist. He then proceeds to narrate on his own, in a slightly weary, rhythmic tone, like a child reciting a simple poem.

I think it contains some of my favourite lines on The OOZ so far: “Can’t even look her in the eye / Where tiny men have been absorbed / For questioning the sky / To when and where the stars were formed”.

I can’t help but wonder whether the whispering lady early on in the track is the owner of said “eyes that absorb tiny men”.

Behold, the first jaunty song on the album! Giving off strong punk and rockabilly vibes, it features a stomp-inspiring beat and Marshall’s signature manic screams. Something I didn’t expect to hear on The OOZ - a totally danceable, fun number that would go down a treat at a live gig.

The “Bermondsey Bosom” saga continues. Another one-minute vignette, it’s a love-hate letter to London narrated by a solo man (Marshall’s father, as I later learn) this time: “He jerks inside / His guts twist / Sits in the big smoke and thinks of her / Me and you against this city of parasites / Parasite, paradise, parasite, paradise”. Which rings so true, as these are the exact mental motions I go through commuting within London on a daily basis.

I’m fond of the several different standalone strands and narratives running through this record. They give it depth and meaning, as you try to trace all the patterns and unearth the stories the album has to tell.

‘Half Man Half Shark’

Another livelier number with a more straightforward structure. A punky beat, underlined by spicy bass and Marshall letting loose on the vocals again. Kind of like ‘Emergency Blimp 2.0’.

At this point, I’m not sure if it’s the dehydration or if the album is starting to get too long – my perspective on life is becoming as irredeemably bleak as Marshall’s. If it were up to me, I’d ingest another one-minute “Bermondsey Bosom” and call it day. But we continue with the “Cadet” saga, which also turns out to be a two-parter.

Peaceful soundscapes reminiscent of Boards of Canada are interspersed here with the sound of falling rain and howling wind like a little impressionist piece, with Marshall’s vocals sliding in only two thirds into the song. It’s more at peace with itself and optimistic than ‘Cadet Limbo’, but also a bit duller.

The title track – big expectations. The pervasive, and slightly well-worn at this point, theme of loneliness and searching for someone continues on this song, but I’m not disappointed. It’s a poignant and romantically sorrowful little piece, led by simple guitar and soft brush patterns on jazzy percussion. It’s another great night-time track, which prompts me to add The OOZ to my list of solid sleeping-music staples.

Another depressive episode in which Marshall likens deep-sea diving to experiencing loneliness. In a way, it’s darker and more hard-hitting than the other songs on this album, with lyrics getting more volatile and desperate: “Why’d you leave me? Because of my depression? / You used to complete me but I guess I learnt a lesson”. They’re set to a speedy swing rhythm, lending these revelations urgency and immediacy, until they slowly fade out leaving us with the sounds of falling rain.

That same rain leads us into the final song on the album, slowly clearing up and giving way to sunshine: joyful, gliding guitar riffs and Marshall’s indistinct voice reading outlines that rhyme with almost infantile simplicity: “tanner-hammer”, “collision-decision”.

It’s a charming, laid-back ditty that feels almost like an afterthought on this album – as if Marshall hastily decided to leave us with something positive for goodbye, and threw it in as he was wrapping up the recording. A tad strange and artificial, but a sweet little surprise.