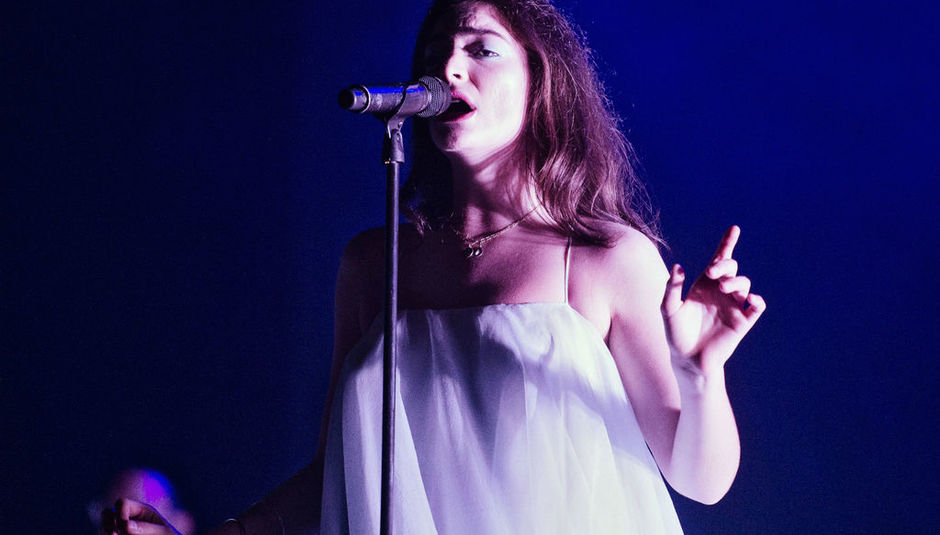 For festivals such as Primavera Sound, staying relevant in a saturated market is a huge struggle. For its fifteen edition, Primavera Sound was pretty much everything you would expect from a big European festival: a stunning line-up (overlapping with other big festivals), a noticeable involvement of brands and big corporations, and a predominantly British crowd.

But it was a pleasant surprise this year to realise that the organisers made consistent efforts to improve the festival experience. Festivals in the south of Europe tend to quickly turn into an amusement park for festival tourists but this year, locals seem to have been attracted by the discounts given to Barcelona residents. Moreover, a recent policy of the city council against sexual harassment, No Callem, meant that the festival was required to train its staff and take measures prevent violence against women. (It's hard to tell how effective Primavera's anti-harassment policy was, but the booking of problematic artists such as Konstantin and Migos arguably undermines the initiative.)

On the festival site, small but meaningful changes have considerably improved the festival experience. Anyone who ever went to Primavera will probably complain to you about at least one thing: the venue. A real concrete jungle, going from one side of the festival to the other can take up to 30 minutes. Conflicts in the line-up between stages which aren't close to one another make it really hard to optimise the number of acts that one wants to see, and taking long breaks to rest is often necessary. In particular, accessing to Primavera Bits, the smaller part of the festival situated on the other side of a very long bridge, has always been an issue.

Knowing that integrating Primavera Bits to the rest of the festival was probably a lost cause, Primavera adopted this year a different approach. A privatised beach offers some music from noon, on a stage curated by Four Tet on Thursday and Dekmantel on Saturday, featuring also a memorable soulful disco set by Seth Troxler preceded by an extended dj set from Floating Points on Friday. Combined with the live stage and the pop-up outdoor club (already there last year) and the addition of a food corner, Primavera Bits becomes a festival in its own right, predominantly focused on electronic music and in which one could easily spend the whole weekend in. Live performances from Mount Kimbie (and their tour member Andrea Balency), Gabriel Garzon Montano, Majid Jordan and Oneohtrix Point Seven (who performed his James Blake-produced album) perfectly complete the mouth-watering line-up of DJs.

Performances on the smaller stages constitute the main highlight of the main part of the festival. On Thursday, R&B powerhouse Kelela brings two backing singers on stage, for a choreographed performance which draws a big crowd. Fever Ray performs surrounded by neon lights, delivering on stage her raw energy with a message of female empowerment. Nils Frahm closes the same stage surrounded by synths and pianos, for a performance which, while flawless and impressive, is reminiscent of his previous shows.

Friday does not fail to deliver, from the ballads of Rhye as the sun goes down, to Sevdaliza's mesmerising voice accompanied by a violin band. As the sun comes down, Thundercat takes the crowd to outer space with a groovy and trippy free jazz performance. Charlotte Gainsbourg seems as much surprised to be there as her public and delivers a touching and intimate rendition of her new album and her early (French-spoken) material. But The Internet truly constitute the highlight of the night: the lead singer, Syd, appears with her full band for an energising and upbeat performance, also featuring some solo work (Dark Red) from her fellow member Steve Lacy's first EP. Surprise of the night, the Australian band Confidence Man offers a performance reminiscent of Scissor Sisters, mixing HI-NRG and house: it is rare and refreshing to see a band having so much fun on stage and trying to communicate that. Saturday offers a more calm atmosphere, with notable performances from Nick Hakim, Tom Misch and Lindstrom in the marina. The supergroup Dead Cross formed by Mike Patton and Dave Lombardo (Fantômas), and Justin Pearson and Mike Crain (Retox) is one of the rare punk hardcore performance of this year. Known for being one of the most versatile singers (six octaves!), Patton steals the show and delivers one of the most charismatic stage performances of the festival.

This year's non-rap headliners were truly disappointing. Appearing in a garden as Mother Nature, Björk performed her latest album Utopia accompanied by a full flute band whose performance is undermined by a lack of sound quality. The storyline is blurry and the stage is too crowded, making it virtually impossible to see the stage properly without VIP access. Similarly the next day, the choreography of Lorde's dancers is painful to watch, and feels barely more rehearsed than a high school play. On Saturday, Artic Monkeys’ marathon performance mostly featured ballads from their new album, depriving the crowd of a much needed upbeat rock act. If the organisers' goal was to match the level of stage production of Grace Jones and Solange last year, one can safely say that they failed.

As it will probably be the case for many festivals this year, hip hop main acts are taking the spotlight. Whoever said that rappers are the new rock stars probably had Tyler the Creator in mind: appearing dressed as a gardener on an elevated stage, he instantly captures the attention of the crowd, jumping on and off stage, bringing Asap Rocky for a surprise guest appearance on 'Who Dat Boy', in a show which features heavily his new album Flower Boy. Asap Rocky delivers a flawless performance of his new album TESTING, appearing dressed a crash test mannequin surrounded by fire and imagery of crash tests. Skepta fills in for Migos (following the cancellation of their performance due to a missed flight) and gets another chance to celebrate British rap (after his performance last year), bringing on stage a couple of grime MCs from London, along with Asap who makes a come back to perform 'Praise The Lord'. It's hard to miss the fact that rappers are dominating European line-ups this year: is this the sign that big festivals are now open to grandiose hip hop performances? Only time will tell.