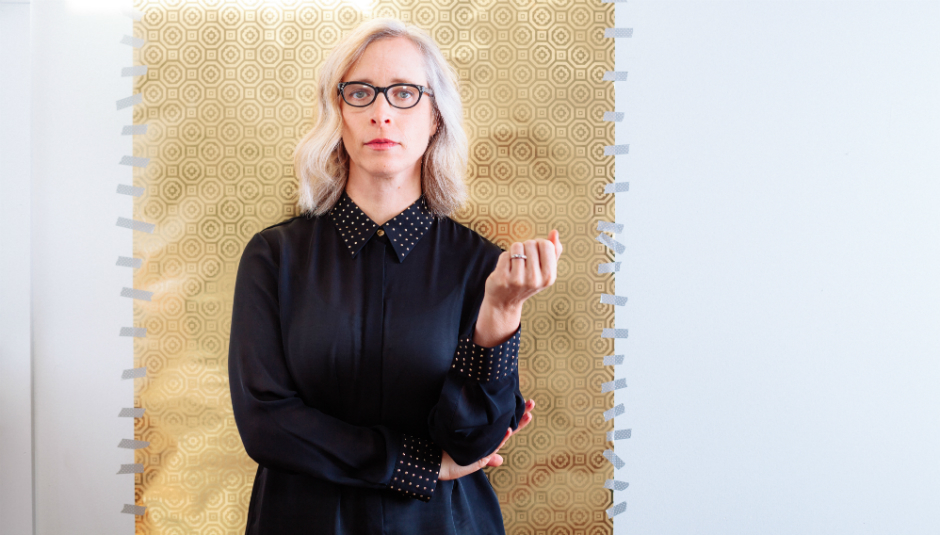 Having been releasing albums on her own Raven Marching Band Records label since 1999, Laura Veirs has seen a lot. Ten solo albums and plenty of collaborations (including an album and tour with k.d. lang and Neko Case as case/lang/veirs) in, songwriter and folk musician Laura Veirs is still sourcing ways to keep her albums fresh and feed her creativity in non-musical outlets. Veirs recently released The Lookout, a new set of songs both contemplative and catchy. She also wrote Libba: The Magnificent Musical Life of Elizabeth Cotton, a children’s book about the life of folk musician Elizabeth Cotton, and she started a podcast, Midnight Lightning, in which she interviews touring musicians about the twin responsibilities of their career and parenthood. Veirs sat down with us to discuss touring mothers, her love of vinyl, and how she keeps things fresh in the studio.

DiS: How do you stay fresh when you’re making a new album?

Laura Veirs: I think a lot of that happens in the studio. My husband, Tucker Martine, is my producer. We've made ten records together. After each one, we want to stay fresh and encouraged to continue to surprise. A song like ‘Lightning Rod’ was like that for me in terms of production, adding the kids yelling and then the weird static sound and the beat, was new. ‘Everybody Needs You’ has a new kind of beat for us, and the bass is different than I've ever used. A lot of space, and kind of funky sound on the bass and the beat of the drums. A lot of that stuff that felt surprising and new was in production. The songwriting? I didn't feel like I was breaking any incredibly new ground, but I was trying to use words that I've never used before, like change pronouns in a song, or use different time signatures that I'd never written in or change the tuning to a new tuning I'd never used.

How important is it for you to make albums rather than just collections of songs?

I try to make sure that the songs feel like a cohesive unit on the album and that there's some new thread going through. So there are words like "turquoise" appearing a couple times that I've never used before. Whatever I'm doing, I want it to feel like a cohesive unit. I still think in terms of making records and albums unlike some of the younger people who do things not in the album format. Sequencing is a big part of it for me; my husband breaks his neck every time trying to figure out the sequence. I don't know if anybody cares about it. Even in the presentation of the art. When I put my face on there for the first time in years and years, I want it to be open and honest. Not that I wasn't honest before, because I like the punk aesthetic of not using your face on the cover of your album, but I just always hoped that the production and I always work really hard on the songwriting and I always hope that the production supports it.

As someone more inclined to albums, do you feel a fondness for certain hard copies, like vinyl or compact disc or cassette?

I love vinyl. I like to hold it. We printed this new one on vinyl. That's my preferred format because it's so big. It's like a piece of art that you could buy at an art gallery. You hold this thing and it feels good and it has a matte finish and it feels hefty and strong and heavy and not at all like something floating through the stream. It's very weighted. I just feel so excited. Even though it was my tenth record. I can't believe we get to work in this art form! This is such a cool art form.

What made you start your new podcast Midnight Lightening?

I wanted to start the podcast because I was feeling a little isolated, both as an artist because I was spending all this time writing, and also as a parent. When you're a parent of young children, you're stuck at home a lot and get cut off from other people. We talked to women who were in the same position and found a lot of similarities between me and them. It felt like I was expanding my community but also doing a service to other people who were in a similar predicament. Basically, any working parent can relate to the struggles we're dealing with, especially parents who travel like musicians, airline pilots, or journalists. I'm glad to start that and not shy away from that in my writing. Like motherhood isn't the only thing that defines me as an artist but I definitely don't want to shy away from it because it is a big part of my life.

If you could have people give space to one or two things about the experience of being a touring musician and mother, what would you like for them to discuss?

In the interviews, a lot of them are just talking about how much to tour. Every time you tour, unless you're one of the rare ones, like Kristin Hersh, who home-schooled her children and brought them on the road. Most people, after their kids are in school, they leave them at home. So they have to decide how much is it worth it to go out and tour. How much do I have to tour to make money? Is it good to be gone a hundred days a year or two hundred or fifty? Each person has to reckon within themselves how they're going to balance it. There's no clear choice. Some people that I talked to were like, “Yeah, I went out too much.” Some of them were like, “I really wish I could go out more.” Each person has to balance it with all the other things. Whether or not they have a partner helping, whether they have two incomes, whether there are grandparents, that kind of thing.

What questions do you still want to explore?

I hope to do another season of men because I just interviewed 14 women. They were mostly talking about how they did feel guilty. That was interesting because working mothers often feel guilty, unlike working fathers. That's why I want to talk to men. Maybe they feel guilty. I don't know. For a lot of the women, I think they feel that way because artists are seen as selfish or narcissistic. For a man, it might be more like “Oh, you're the breadwinner. You make money for your family.” And for the women, unless they're making a really good living out on the road, they might feel like, “Is this selfish? Am I doing the right thing by getting my voice heard as a human outside of motherhood?” It's more weighted and fraught for women right now. Across the board for working mothers.

Male musicians, father musicians, hardly get asked that at all. Mother musicians get asked a lot about it. Some male friends I talk to say nobody ever asks them about being a dad who tours. We just don't even think about it.

I would love to hear why you picked Elizabeth Cotten to be the subject of your first children's book.

I learned her music in-depth when I was 25, taking lessons in Seattle learning country-blues. I was blown away by it. I had learned her music as a child. My parents sang ‘Freight Train’ to us in the house and her music was on but I didn't realize how deep and complicated her music is when you actually learn it on the guitar. Then ten years later I realized that she had a connection to the Seeger family, which was another thing that I was interested in; Pete Seeger's family, and Ruth Crawford Seeger, who's his stepmother, this avant-garde composer. They were all ethnomusicologists and record collectors and recordists, just a really cool family. Elizabeth Cotten accidentally met them and became their housekeeper. Her career took off when she was in her 60's.

It just seemed like an interesting story to tell, and I could have told it in a different way, like just a straight biography. But there was something about that she started self-taught as a child and played her own way, upside down and backwards, that made me think of children, how cool it is that she did things her own way. Later, after a long break, because she had to work, she found her musical self late in life. It's a little bit weird because there's this huge time gap in the book but I feel like the story holds together. Also, the art is very beautiful. I was grateful to have Tatyana Fazlalizadeh because she's this great artist on the rise. I think she might have been too busy to do it at any other point in her career.

What are some of your favourite children’s books that you’ve read at any age?

Little Fur Family. It's just beautifully done. Margaret Wise Brown is the name of the author. There's one called The Only Child that's from China. It’s by Guo Jing and it's so beautiful. There are no words. It's just these charcoal drawings of this girl in China who gets lost. We look at it together and I'll pretend to be the girl in the story. I love picture books. I love books by Carson Ellis; she's a good friend of mine. She's done all the art for the Decemberists and she wrote a book called Du Iz Tak. It's a made-up language and the story is so subtle and interesting. I love that art form. I don't know if I'll go into it again, but it's awesome and I don't feel that it's fully respected.

The Lookout is out now via Bella Union. For more information about Laura Veirs, including forthcoming tour dates, please visit her official website.