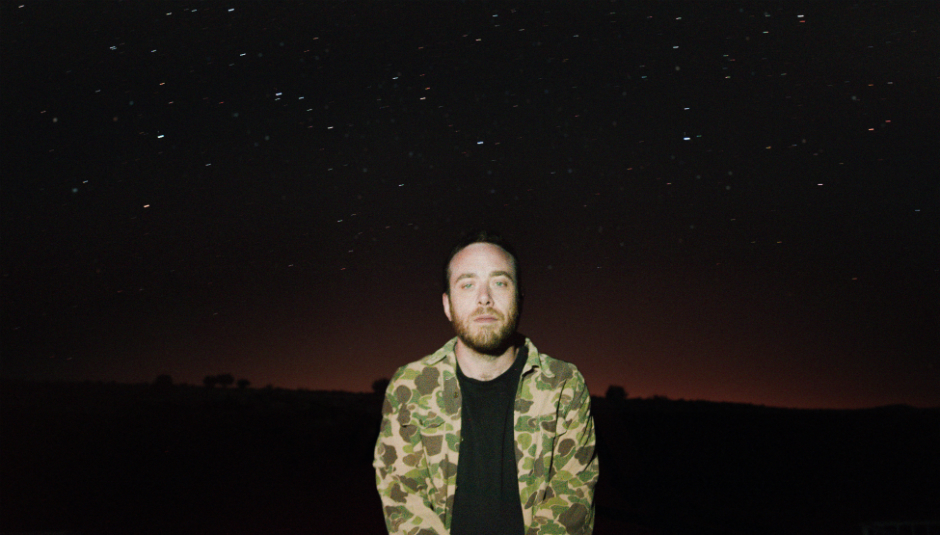 "Intuition is a really important thing for me": DiS Meets Bing & Ruth

"Intuition is a really important thing for me": DiS Meets Bing &amp; Ruth

David Moore from New York City keeps active as a composer and performer under numerous projects, but his Bing & Ruth ensemble is what most will know him for. Centered around his own piano compositions, Bing & Ruth is a minimalist instrumental ensemble that has continued to mutate with each successive release, in recent years putting out albums on both Rvng Intl. and 4AD. Originally starting out as an 11-piece outfit, Moore has gradually felt the need to strip back the project, finding newfound freedom as a solo artist. While Bing & Ruth is the main focus for Moore, he finds it important to express himself in other ways, from bluegrass and rock and to other kinds of experiments.

FLOAT has invited Bing & Ruth to London on the 29 March for 2018’s Piano Day – an annual event that celebrates the instrument, taking place on the 88th day of the year. We caught up with Moore for an interview ahead of FLOAT’s event at the Town Hall Hotel.

DiS: What have you been up to?

David Moore: I was out writing for the month out in LA.

Do you tend to go there quite a lot to write?

I write mostly in California, for some reason… It’s become harder to write in New York, but I’ve got a lot of really great friends and places to stay out there, so it helps me focus.

How come it’s harder to write in New York?

I think I need to be a bit more immersed when I’m writing, and there are too many distractions when I’m here in New York, but when I’m somewhere out there, being outside a lot and living out of a suitcase just lends itself to that. I wish I could work here more, it would be a lot more convenient!

Are you someone who needs to write daily?

I used to be somebody who wrote over time, but lately, I’ve been going through intense periods of six months to a year just focussing on writing, and not really doing much else, and then taking a year off from Bing & Ruth to recharge the batteries.

What are your thoughts on playing for Piano Day?

I’m excited, I’ve been really enjoying my solo shows lately. I hadn’t done very many until last year, and have really grown to like the freedom of it. Simplicity.

Simplicity is the key…

Two of my favourite things – freedom and simplicity.

Seeing as Bing & Ruth started as, and has always been, an ensemble project, how has it been doing this project as a solo thing?

It’s been really fun, I guess, for lack of a better word. All of the music was written on a piano, so there’s a certain amount of simplifying and pulling back to the root of the composition. I like to think of our records as sort of one version of what those songs can be, and when we play live those songs become a different version. Doing it solo is a pretty big departure from what it would be with the band, but it’s the same music, it’s just rearranged and sounds different… I like it.

Have you learnt anything new about yourself going through that process of stripping it back to the core elements?

Well, I just did my first solo tour, and I kind of had a breakdown about three shows in where I wasn’t sure why I was doing it. I needed to find a better reason other than logistics or whatever. So it forced my hand to go a little deeper and do some writing about it. I think what I ended up finding was why it is important for me to go out there with a pure expression of who I am… I keep using the word ‘freedom’ but it is the most apt term. You know, it’s just me and a piano, there’s no band or electronics or effects, or anything. It’s just me and a piano, and there’s something about that which really draws me in. So I came to this realisation that I can do whatever I want, I don’t have to do it one way or another way. I can just go with where I’m at that night. Every show is very different. It was about finding the things I couldn’t find with the band.

What makes the piano such a special instrument for you?

There’s something very humanising about it… It’s an extremely complicated instrument – physically the way it’s actually built there are hundreds of moving parts, but there’s something about all that that just adds up to it being really simple. I don’t know… I’ve never really dug in deep on that aspect of it, I just know that I have to play and if I don’t play I go crazy, so that’s reason enough. [laughs]

Do you try playing other instruments or do you stick to the piano?

Oh yeah, I play lots of other instruments. I think there’s a lot that I feel like I want to say and express, as I said before not because I necessarily want to but because I feel like I need to. I play a lot of banjo and guitar, a few other keyboard instruments, and I’ve been getting really into the organ lately. I don’t blow into instruments, so if you have to blow into it, it’s no good [laughs], and if it has strings it needs to have frets. But there’s a lot of music I love and a lot of music that I want to be playing that doesn’t have a piano.

You studied in New York for a Jazz degree on piano… do you feel quite far away from that now, or does it still have some kind of impact on what you’re making?

It was a jazz school, but I linked up with a group of people there that really had very little interest in playing jazz. So most of my education was playing with other students who came from all over the country. So it was a really cool scene to link up with, and originally the band was primarily of people from new school. So I wouldn’t say the school itself made me into a jazz prodigy freak or whatever, I can’t say I really got a whole lot out of the classes, but as a meeting point for a lot of young people that are interested in music that isn’t ‘normal’ for a lack of a better term, it was a really wonderful place.

Would you say that with each project or release what you’re looking to do is find out where you can take it next?

I wouldn’t say I’m setting a goal or moving towards it artistically, it’s kind of like walking into a pitch-black room and you’re feeling around for something, and you find a candle and you light it, and you can see a little better and that lets you find another light and another light, and it’s like this gradual process of illuminating where you’re at.

That’s a nice way of putting it. Like an exploration that’s based more on intuition about where you want to take it?

Exactly, ‘intuition’ is a great way of putting it.

I know there’s an electronic element to the music, do you use much live processing or effects with the piano or was that always with other parts of the band?

We have a guy who does tape delay manipulation, so he has three space echoes and he feeds it a sine wave and bounces it around, but that’s the extent of the electronics involved, everything else is pretty much straight up. I think there’s a couple of pedals or subtle stuff for the bass and clarinet, but the piano always has and continues to be just raw. I work best with the limitations of the plain old acoustic instrument. I’m sure if I had effects there’s probably some shortcuts I would have taken and some roads I would have gone down that would have led me to some interesting things… but going back to simplicity, I like freedom.

So do you ever find with the piano that you get to a point where there’s a limit with a set range of possibilities?

Yeah for sure, but that’s usually an indication that I need to push past. There’s a great Wendell Berry quote I have up on my wall, the last line is “The impeded stream is the one that sings”. So, that’s kind of been my mantra. When you think there’s nothing left to do, that means there’s something to do!

Is the next Bing & Ruth release going to be just yourself this time?

It’s in a very tender place at the moment, so no comment [laughs]. Things are still very loose and it could go any way that it needs to. It’s kind of the exciting time in the process when it’s wide open.

It might feel uncertain but I suppose this change is what everyone needs?

I really see our records as kind of the culmination and statement of where I’m at as a writer and where the band is at as performers, and once we make that statement it’s exciting for me to say “Ok we’ve done that, what do I want to do next?” So it’s always important for me to keep exploring and not get used to one set-up and one line-up and one way of doing things. It makes it a little more difficult, but hell that’s why I’m here so better just do it, it’s not a big deal.

What can people expect from your performance at Piano Day?

The unexpected [laughs]… Generally, I don’t like to put too much thought into what I’m going to do before I do it. It has a lot to do with the piano I’m playing on, the acoustics of the room, the crowd that’s there, the vibe. It’s important for me that I don’t plan too much in advance because I want to be able to respond to these different elements that have a huge impact on the show. Intuition is a really important thing for me, so yeah if you’re going to come, come with an open mind and I’ll meet you there.

Bing & Ruth have released a free track for fans in celebration for the upcoming Piano Day show, which fans can download here.