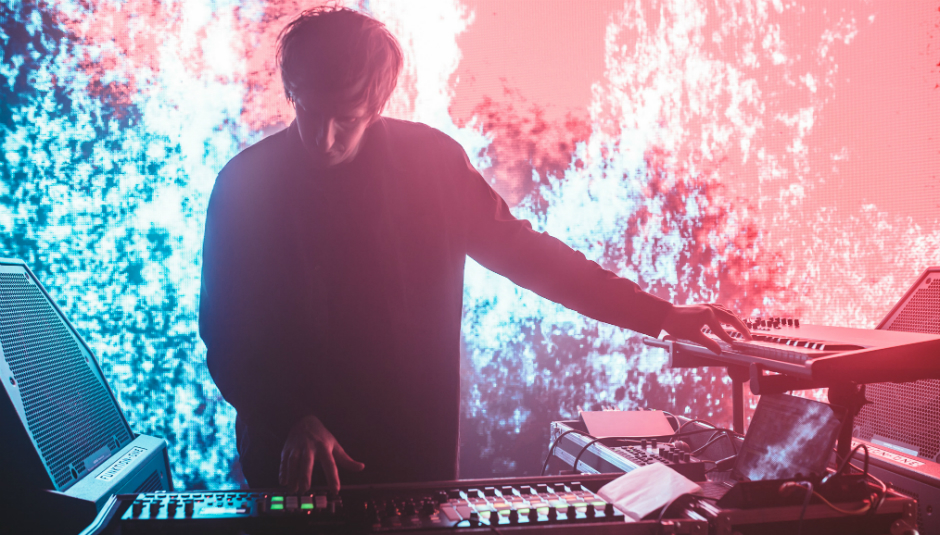 The stark, industrial interior of E1 is the perfect setting for techno; cold, hard, unforgiving. Exposed brickwork and rusty piping give the main room an abandoned warehouse feel, conjuring images of illicit, late night raves and pill-fuelled madness. But tonight, Christian Löffler provides a more studied, cerebral thrill that engages the brain as much as the limbs.

The composer and producer has always worked within strict limits – self-taught, his formative years saw him experimenting with what little music he could lay his hands on, while his most recent record Mare was written and recorded in his remote log cabin on the Darss Peninsula, overlooking the Baltic Sea – and there’s a skeletal feel to much of his music; songs are built from the ground up, each element gently swelling from within. Such minimal ornamentation tempers the euphoria that’s so prevalent in this type of music, but Löffler compensates with a slow-burn warmth that takes the edge off the muted mood.

On stage, Löffler takes that warmth and puts it front and centre by blurring the lines between a traditional set and a live performance. He’s joined by a string quartet and, for some songs, Danish vocalist Monha, whose ghostly presence haunts some of Mare’s most powerful moments; together, the ensemble deepen the organic feel of his music, lending a human frailty to the beats and rhythms. The crystalline beauty of ‘Myiami’, where crisp notes hang in the air like icicles, the murky loops of ‘Blind’, and the melancholic piano of ‘Pigment’ hit extra hard, some melodies so fragile you worry they might shatter into a thousand pieces.

The influence of his work as a painter and photographer, and his keen artist’s eye, shine through; tracks like ‘Licht’ and ‘York’ scan like a watercolor, all pastel shades and downtempo intimacy, while others – most notably ‘Mt. Grace’ and ‘Silk’ – are given vivid bursts of life, transformed into sleek, lithe beasts. There’s also a stunning, digital backdrop whose images and palette mirror the music; rich reds and shimmering colours one minute, austere, unsettling monochrome the next.

His deep house grooves peak through all of this, but those dancing forgo hands-in-the-air madness for quiet, eyes-closed introspection; this is music to get lost in. The surround sound system – four roof-mounted stacks pointing inwards from the corners – heightens the music’s enveloping quality, and you can almost feel the waves wrap themselves around you in a comforting embrace. Most impressive of all is the way he seamlessly entwines the electronics and instrumentation; no single element dominates, each playing off the others and enhancing the whole, precisely what an ensemble should do.

Löffler has always been influenced by nature and a sense of place. Anchoring his work in the desolate, wide open spaces of where he calls home and forgoing the giddy climaxes and maximalism of his contemporaries might seem a brave move, but he’s an astute performer who knows how to explore space and amplify the power of tranquility. The spells he casts might have a softer, more wistful genesis than most contemporary house and techno, but even in the dark of the club, they’re no less magical.

“What I write about is the everyday o...

"Intuition is a really important thin...