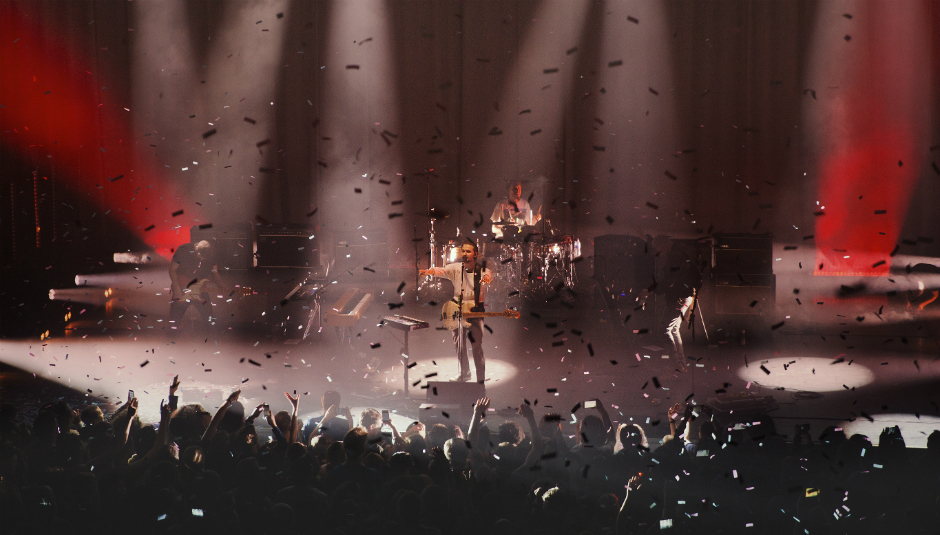 "It’s not very rock and roll is it? All this going out gracefully…" says the man queuing behind me. He’s right too; rock stars are meant to go out spectacularly, by tragic death or explosive bust-up, or embarrassingly, like ageing dad-rockers U2. But then the woman next to him chimes in: "Oh but they were never very rock and roll, were they?"

Even by the 2000s standards, Wild Beasts were an atypical rock band. They rebelled, as all great bands should, but their rebellion was against a laddish strain of indie rock that dated back to Oasis and The Libertines and reached saturation point with the success of Arctic Monkeys. They wrote songs about sex and power that found beauty in bawdiness and married rich, delicate instrumentals with soaring hooks. The subjects of Wild Beasts songs were not much different from those of any other rock band; they were either out on the pull or wounded from heartbreak. But they found a whimsical grandeur in those moments that turned their often-smutty stories into poetry.

When the band announced their split in September last year, there were objections from many fans but also a sense of relief for some. Their last album Boy King was an extreme departure to aggressive cocksure riffing that chose to sing about masculinity using the language of alphas, big cats, and tough guys. It proved problematic for some fans. 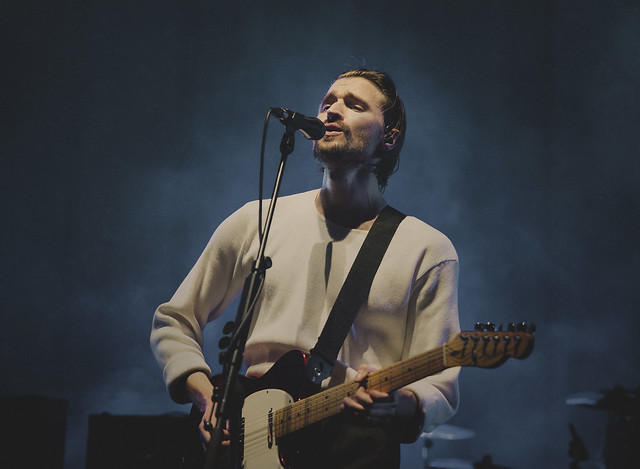 When I last saw the band, at a widely-criticised Green Man set, they seemed like a group who were reaching the end of their life. The winking, parodic humour that was so crucial to Boy King was lost on much of the audience and many voiced their frustration that they had become the sort of band they used to fight against. It was only the earlier singles that received a warm reception. But watching Wild Beasts play Hammersmith Apollo for nearly two and a half hours, pulling songs from all five albums, feels nothing like that. In fact, if it wasn’t their last show, you’d think this band could go on for another decade.

The opening made it clear that it would be a greatest-hits set, starting with an impressive run of ‘The Fun Powder Plot’, ‘The Devil’s Crayon’, and ‘Reach a Bit Further’ that showcases the band’s nimble rhythms and elegant guitar-work. But there was room for surprises throughout this 24-song set; ‘His Grinning Skull’ and ‘Brave Bulging Buoyant Clairvoyants’ received their first outings since the Smother tour to rapturous applause. Other fan-favorites, like ‘Deeper’, and a majestic performance of ‘This is Our Lot’, were embraced by the crowd.

However, the night was ultimately won by the big hits. Wild Beasts never reached the commercial heights of some of their contemporaries but with a charged room of fans, they created an alternative universe where it felt like they were one of the UK’s biggest bands. The songs suggest they could have been. ‘Hooting And Howling’ and ‘Wanderlust’, two of the band’s best songs, are brought out midway through the set and are welcomed like no. 1 singles. Even ‘Get My Bang’, the band’s most divisive single, gets the grand stage show it has always needed, complete with confetti cannons and a swaggering light show. 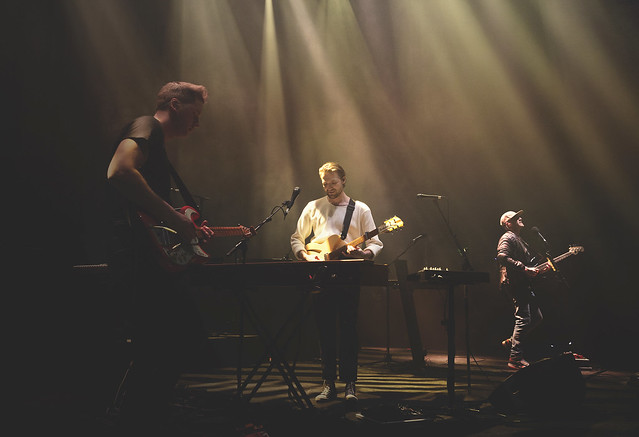 It helped that Wild Beasts sounded better than they ever have. For Two Dancers songs, drummer Chris Talbot - always the key component of the band’s live shows - held down those elegant, galloping rhythms with extraordinary style and force. Hayden Thorpe and Tom Fleming sounded as strong as ever, having mastered their double act of effeminate flirtation and beastly lust, while Ben Little played his role as the band’s unsung hero, who has grown quietly into one of the UK’s most inventive and consistently brilliant guitarists over the band’s career.

In the end, despite an abundance of highlights, three moments stand out from the night. First was an astonishing performance of ‘Lion’s Share’ that closed the band’s first set, the crowd bellowing back the song’s closing refrain as if it were ‘Three Lions’. Thorpe appeared to be taken aback by the outpouring of love for such a strange, artfully seductive song.

The other two came at the end of the show. After a rousing performance of ‘All the King’s Men’, the band prepared for the final goodbye; in this case a modest: "Thank you and goodnight." Then, for the night’s least surprising but most satisfying moment, the opening notes of ‘End Come Too Soon’ ring out. It sounds extraordinary, as it always has done, but one moment will live long in the memory; when in the ambient lull before the song’s euphoric climax, the band leave their instruments to hug each other and take their bows. After a set that tip-toed coyly around finality for most of the night, it was a cathartic outpouring of emotion from four men who had become like brothers over the last 10 years. 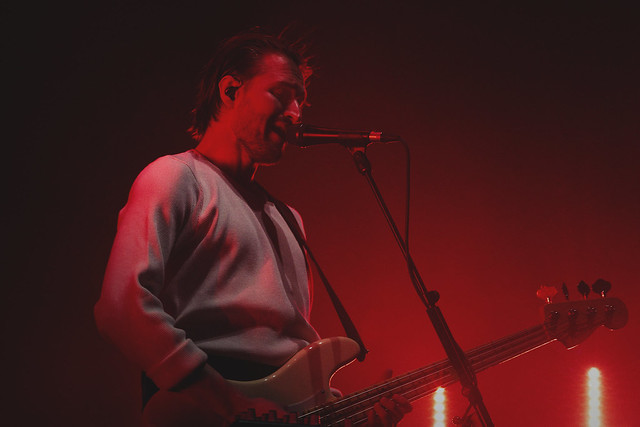 It was a fitting finale for the band but it wasn’t quite the end. Instead, the final song of the night came from a choir, who joined them for those glorious closing minutes of ‘End Come Too Soon’. With the band gone, they broke into a wonderful rendition of ‘Cheerio Chaps, Cheerio Goodbye’ from the Beasts’ debut album Limbo Panto. Certainly not a very rock and roll way to end things, but you can’t imagine it happening any other way.

There are few bands who manage to leave at exactly the right time, but it feels like Wild Beasts might have managed. As fans spilled out onto the streets, the mood was bittersweet; everyone there knew they had witnessed a brilliant band for the last time but what a way to see them go. It was so poignant, so masterful, and so perfectly-pitched that you couldn’t have wished for a better ending. In a strange way, I was almost glad this was going to be the end forever.

Wild Beasts showed their fans how they want to be remembered and the message was clear. They were one of the greatest bands of their generation; a band like no-one who came before them and one who will never be matched again. Was it the end coming too soon? Maybe, but it couldn’t have come much better.

All photos by: Aino Väänänen.

"We're just trying to be the best ban...