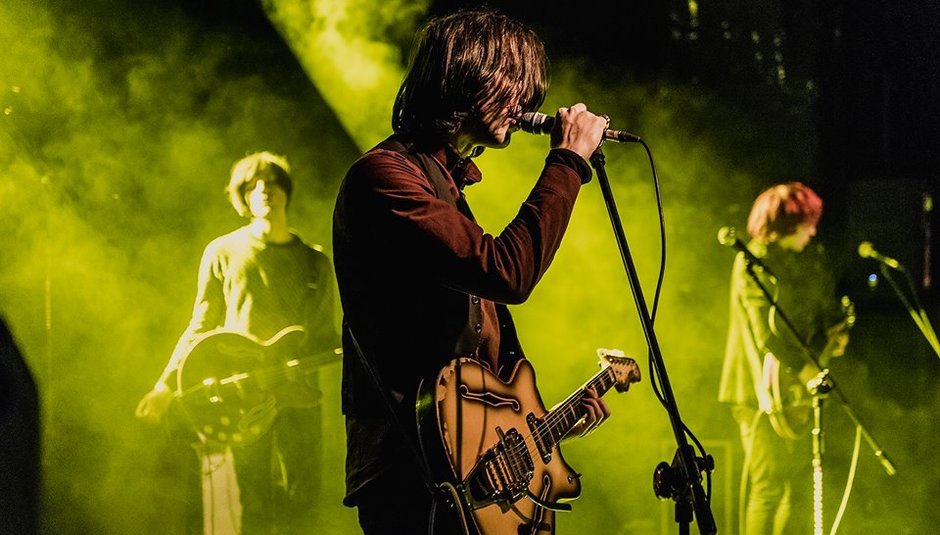 Gdańsk is a city steeped in history. Situated on the Baltic coast towards the southeasterly side of Poland, it has been at the heart of the country's industrial growth for hundreds of years and remains the largest seaport in Poland. More recently, its shipyard workers gave birth to the Solidarity trade union movement which eventually led to the end of the Russian occupied communist rule in 1989, and whose leader Lech Walesa is commemorated by having both an airport and museum dedicated to him. It was also the place where the first shot was fired at the start of the Second World War on 1st September 1939 and can boast some of the most detailed and, in places, quite harrowing collections of artifacts from this period at its Museum Of The Second World War.

Housing a population of just under half a million in the city itself, Gdańsk forms part of a principality (or "tricity" as the locals like to call it) with Gdynia and Sopot. Monuments dating back to the Teutonic era stand side by side with buildings from the 1600s such as the Złota Brama in the city's Dluga area. Since gaining independence, the city has enjoyed an economic boom although this probably isn't reflected in the cost of living which remains ridiculously low by European standards. A pint of Tyskie (the local brew) costs 9 zloty on average (approximately £1.80) while a three-course meal in many of the city's high-class restaurants will set you back little more than a tenner. Public transport is also cheap and efficient (are you watching Theresa May?) with an all-day tram ticket costing 18 zloty (£3.60) that allows passengers to ride anywhere within the Gdańsk network over a twenty-four hour period.

The Mariacka district of the old town is adorned with vendors selling all kinds of art, craft, and jewellery at affordable prices while the LaBeerYnt bar situated just around the corner from our hotel serves up an array of incredible beers (try the Bikini Kill or Jak Punk To Punk IPAs brewed by Piwne Podziemie) alongside its home-brewed Cytrynowka (Lemon vodka) which at 6 zloty a glass knocks the best of us off our feet after a couple of shots. It's a beautiful city and one that unsurprisingly attracts a lot of tourists, particular at this time of year with its impressive Christmas Market in full swing on the Targ Węglowy square, formerly a coal market that dates back to the 1300s.

Of course, DiS is here primarily for Spacefest!, a music festival dedicated to all things psychedelic but mostly specialising in shoegaze, space rock, and noise. Now in its seventh year and taking place over the first weekend of December, this year saw the festival move to a new location - Klub B90, an industrial space next to the Gdansk shipyard (and indeed the European Solidarity Centre which is also well worth a visit) as opposed to the more intimate confines of Klub Żak where the previous editions were held. As with its predecessors, the festival itself was preceded by a series of rehearsal workshops taking place in the Łaźnia Center for Contemporary Art featuring its customary Pure Phase Ensemble, a supergroup of sorts put together for the festival. Past curators have included Anton Newcombe, Mark Gardiner, and Laetitia Sadier, so this year's decision to invite Polish experimental musician Maciej Cieślak was a bold one to say the least. Best known as the founder and mouthpiece for local outfit Ścianka but more recently renowned as a record producer and mixer, it soon becomes apparent that 2017's Pure Phase Ensemble will be unlike any of those from past Spacefests. Even during rehearsals, Cieślak makes his disillusionment with conventional forms of music abundantly clear, perhaps fortuitously choosing to convey the message of silence through music instead. The nine-strong ensemble mix traditional instruments with implements such as wooden planks and empty bottles that make for a somewhat confusing statement and one which struggles to translate during its eagerly awaited live performance.

Split into two rooms, Klub B90 boasts a capacity of around 1500 people, which is nearly triple the size of Spacefest!'s former venue. While the main room hosting the main stage, where each of the event's 10 live acts will perform, caters for two-thirds of said number, a smaller room to the side is laid out with deckchairs in front of a large projector showing psychedelic images conjured up from the VHS Hell archives on the first night while the Iggy Pop documentary Gimme Danger is the main draw on the second. After the visuals have finished DJ sets from Italian post-punk outfit New Candys and Russian DJ Dr Switchoff play a selection of both obscure and classic cuts stretching back anywhere up to five decades. It provides a cosy and somewhat idyllic respite from the assortment of bands next door, especially the Karma Guru Indian food stall offering a spicy interlude to beer, wine, and spirits.

The live bill is a truly international affair, with Italy, Portugal, Germany, Switzerland, Mexico, and the UK being represented as well as two of Poland's finest up and coming new bands. We'll start with Wilcze Jagody (or Wolf Berries as it's translated), a trio from the Mokotow district of Warsaw. They describe themselves as "feminism in a vintage rhythm" and, despite only existing for the best part of two years, deliver one of the most accomplished performances of the weekend. Unashamedly indebted to the eighties, there's elements of Claudia Brücken's Propaganda in their occasionally synthesizer-driven sound while the more evocative, mellow moments prove eerily reminiscent of the Cocteau Twins. With a healthy crowd already out front for the duration of the set, one suspects we'll be hearing more about these in the future.

Next up are Dead Rabbits, a five-piece from various corners of Hampshire. Having been one of the first bands to release an album on esteemed psych-rock label Fuzz Club with 2013's debut The Ticket That Exploded, they've been fairly quiet of late since last year's third long-player Everything Is A Lie. Thankfully, we're informed album number four is almost ready, and with a set that takes in highlights from their back catalogue alongside a couple of new ones from the as-yet-untitled next record, it's clear their 2017 has been a productive one.

Venitian four-piece New Candys also play one of the most energetic and affirming sets of the weekend. Currently on an extensive European tour in support of this year's excellent third record Bleeding Magenta, they've blossomed into one of an intensely brooding post-punk outfit of immeasurable distinction, which is unsurprisingly lapped up by the biggest crowd to adorn the main stage on Spacefest!'s first day. As much in debt to bands like The Chameleons and Interpol as any of the psych-rock royalty, singing guitarists Fernando Nuti and Diego Menegaldo cut imposing figures out front as their band plays a flawless hour-long set.

What this means is Swiss duo Blind Butcher and Portuguese psych rockers 10,000 Russos sound average by comparison. More by placement than anything else, particularly in the case of the Lucerne-based two piece who, being sandwiched between the aforementioned two, struggle to muster up the same level of interest despite their best genre-bending efforts.

The following evening, 30 Kilo Słońca - 30 Kilos Of Sun, a three-piece from the Polish coastal city of Kolobrzeg - spin an enticing web of post-rock, free jazz, and metal that merges both ambient and visceral elements to concoct a perfect entree for Spacefest!'s second and final day. Mexican trio Tajak are an even more compelling entity. Hailing from the state of Baja California, their largely improvised set encompasses the all-inclusive spirit of psychedelia as motorik rhythms give way to walls of noise, ambient textures, and occasional dubby overtones. Similar to bands like Baba Naga or even tonight's headliners Mugstar, they're a catatonic force on this evidence and one that should be investigated immediately.

Berlin's Odd Couple prove a bit of an anomaly here. Surrounded by experimental and mostly instrumental acts, their no-nonsense garage rock sounds out of place despite their very best efforts to engage with the audience, a group of whom form their own mini circle pit near the front. What is refreshing about the inclusion of a band like Odd Couple is the way it demonstrates the organisers' refusal to conform to any homogenized stereotype, which ultimately explains why Spacefest! is one of the few festivals of its ilk still going strong.

With Pure Phase Ensemble's allotted hour falling well short of its time, Mugstar arrive on stage slightly earlier than advertised. Playing as a three-piece this evening, they're a sonic revelation and undoubtedly the perfect way to close Spacefest! for another year. With artists already in the pipeline for 2018, this is one festival that won't be leaving us anytime soon.