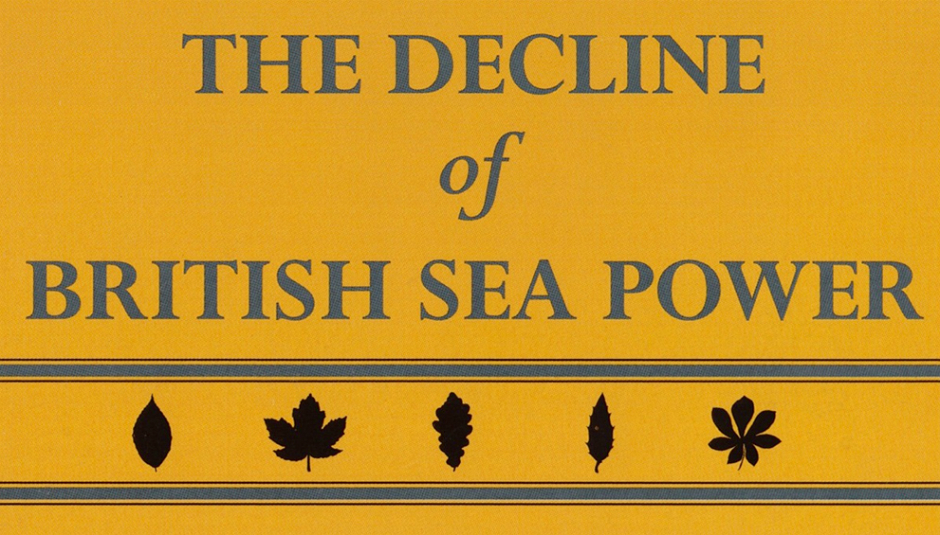 When British Sea Power’s (semi) eponymous debut was released in June 2003, UK guitar-based alternative music was in a different place. Not necessarily better or worse depending on your taste, but the record stood out like a sore thumb amongst its contemporaries in the album chart when it landed at a modest number 54. Coldplay’s A Rush Of Blood had been in the Top 20 for over three quarters of the preceding twelve months, Feeder were enjoying success with Comfort In Sound and there were no less than four Stereophonics’ albums in the top 100. In some respects, it didn’t seem that British Sea Power were a thousand miles away from this template – (at the time) four young men from the north of England, two guitars, a bass and drums – but in terms of ambition and aesthetic they were several worlds distant.

It was actually two years after the release of The Decline Of British Sea Power that I got into the band (around the release of Open Season), but I knew before hearing a note that I would love them, such was their evocative name. Coupled with the title of the debut record, here was an intriguing juxtaposition. Are the band predicting their own demise? Is it ironic, serious, or just whimsical? Or were they taking a more holistic aim at Britain’s status within the world?

The answer is yes and no on all counts. This debate and mystery runs through The Decline Of British Sea Power and indeed everything British Sea Power do. It’s in the sometimes abstract, sometimes direct lyrics. It’s in the grand and stately post-rock and the short and punky blasts that sit alongside each other on all of their records. It’s present in the live performances where instrumental beauty gives way to flagrant disregard for personal safety.

The pace of the opening five tracks is blistering – in fact, they’re done in considerably less time than penultimate epic ‘Lately’. Yet in this initial ten minutes we have a Gregorian chanting, Pixie-esque basslines, and an opening so atmospheric, you could almost be standing on the edge of a harbour at midnight, watching the waves and wind toy with the boats (‘Something Wicked’). The urgency is startling. The band know they don’t have long to say their piece, a point explicitly made on the confrontational ‘Remember Me’, a track which is perhaps the first foray into some sort of political zone (“You’re all part of the same old fucking regime / With someone taking it out / As you were putting it in”). Despite the rapid shift in styles, the tracks segue way perfectly.

Ultimately though, the album reveals its true greatness in the next three songs. ‘Fear Of Drowning’ begins in an almost relaxing manner – the sound of a tide – before a cacophony of drums snaps you back. The chorus is the stuff of lyrical genius (“Oh little England, tonight I’ll swim / From my favourite island shores / But how long has it been since you have seen to beautifully?”). Philosophically, the song inhabits a grey area that seems to be ignored. Lyricist and singer Scott ‘Yan’ Wilkinson is caught in a place that you’d be forgiven for thinking doesn’t exist; in a fragmented world where you’re supposedly either with us or against us, he’s trying to find some sort of medium – a third place.

‘The Lonely’ follows – a beautiful lament for Geoff Goddard which asks some pretty leading questions about the industry British Sea Power are courting (“Since I found out that all of this / Is nothing more than emptiness / Filled with impermanence”). It’s a breathtakingly subtle and bold song that doesn’t immediately stand out among the louder moments of the album but reveals its secrets with repeated listens.

But it’s the end of side A that gets closest to penetrating the essence of British Sea Power. ‘Carrion’ is as pure a song written by any band – it is their ethos distilled and bottled into four and a half minutes (indeed the song was initially entitled ‘British Sea Power’). Despite this, the intrigue remains throughout (“Can stone and steel and horses’ heels, ever explain the way you feel? / From Scapa Flow to Rotherhithe, I felt the lapping of an ebbing tide”) and the listener still doesn’t quite know who the band are by the end. Here lies the genius of the song though; British Sea Power have achieved what many artists spend a full career attempting to do unsuccessfully – create a song immediate in its accessible music, yet ultimately unknowable in its lyrical composition.

Before reaching the end, we’re treated to the epic ‘Lately’ which goes some way to capturing the early British Sea Power live experience – they would often play it last and spend the final twenty minutes or so playing a semi improvised outro which is partially recorded here. ‘A Wooden Horse’ closes matters. Perhaps the most playful track on the album, it shows a different side to the band who have thrilled in the previous 45 minutes or so.

Despite the name, British Sea Power don’t come across as patriotic in what might be considered the typical lager swilling, En-ger-land, St George’s cross manner. It’s a pretty unpleasant image and with that model comes a certain political stereotype that inevitably leads to a counter-stereotype. You’d be forgiven for thinking that you have to pick your side and be one or the other. What makes the The Decline Of British Sea Power special is the recognition that this isn’t the case. This is the legacy of the record – it’s the soft place between the hard political extremes that surround us.

There is something integral within this record that taps into a deeper sense of location – partly an island mentality, an understanding of the connection between the land we live on and the people that find themselves on it. Their magic is their ability to evoke this in a timeless fashion, at once abstracted and grounded. Here is a brand of national identity that many could feel comfortable with.

In subsequent releases, they’ve never quite managed the impossible task of matching the consistency of their hit rate in on The Decline Of British Sea Power (although every subsequent LP has much to be loved and this year’s Let The Dancers Inherit The Party would be their best record were it not for their debut), but they remain utterly unique in their creative approach. A record and a band to be treasured and to return to, timelessly.