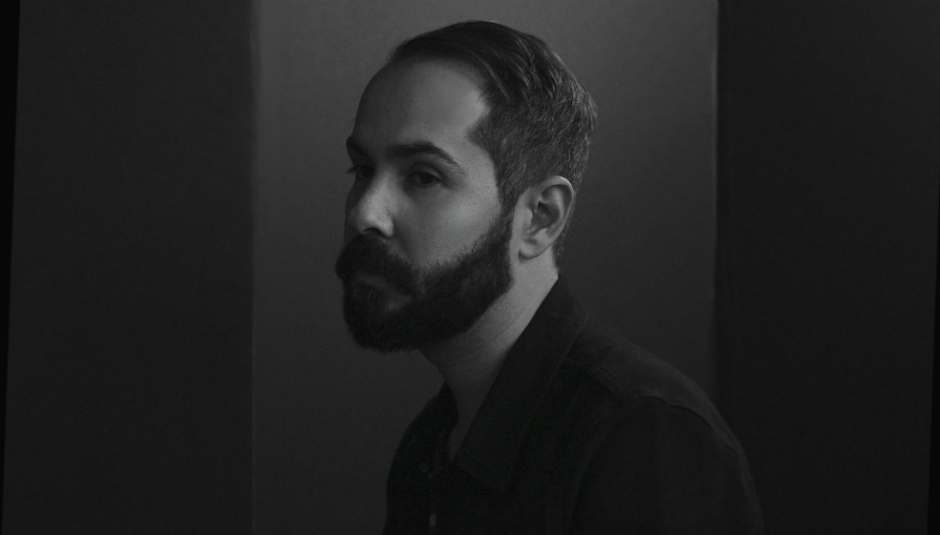 “Music should be universal – it should appeal to everyone”: DiS Meets Cigarettes After Sex

“Music should be universal – it should appeal to everyone”: DiS Meets Cigarettes After Sex

Slowcore wouldn't be the first genre that comes to mind when thinking of viral hits. Yet Cigarettes After Sex's crawling noir became an unlikely YouTube sensation when, two years after they initially posted 'Nothing's Gonna Hurt You Baby' to their channel in 2012, it started to be shared far and wide, resulting in millions of plays (it's now been viewed over 64 million times). It turned the fortunes around for what was then a struggling solo vehicle for Greg Gonzalez, the softly-spoken New Yorker originally from El Paso, Texas. Fast-forward to 2017 and Greg now has a full-time band, a critically acclaimed debut album, and a seemingly never-ending world tour to complete.

At its heart, his debut captures desire, nostalgia, melancholy, and romanticism, bound together with Gonzalez' light, androgynous vocals, ambient arrangements, and transparent lyricism. While that might not sound like the most earth-shattering prospect, Gonzalez has carved a very large niche for himself; as his live shows demonstrate, the simplicity and honesty of this approach can go a long way to eliciting a powerful and divergent response from his audiences. In others words, Cigarettes After Sex will make you weepy, lustful, and nostalgic, all at the same time. That's exactly what he wants.

DiS: I saw your show at the Scala last year and one thing I remember is just how many people were having visible emotional reactions to the music. How does that feel when you see that every night?

Greg Gonzalez: I think that's the best thing you can ask for as a musician. I think of the shows I went to which meant the world to me and usually, they would blow me away and make me extremely emotional. I had a severe reaction to many of them. So, to see that on the other side of it, either if they're making out or they're holding each other, crying or swaying, it's the best thing. Music should bring those things out of you. It should do something for you.

At what shows did you have that type of reaction?

I'm a big Dylan fan and his music came along at a really rough time for me. I really got into Blood On The Tracks and pretty much his whole discography and I saw him in 2012, or something around there. He played some of 'Simple Twist Of Fate' and once he played that, it was over for me; I was pretty much sobbing for the rest of the show. So that was a big one. I saw Leonard Cohen too and he played 'Bird On The Wire' and the same thing happened; it was so beautiful and brought a lot of emotions out of me.

When you’re writing an album or planning a show, do you know what place you want to take the audience? Are you aiming to get them to that same super intense, emotional place?

I think it's that thing where I'm relating back to the things that meant the most for me and I go, OK, if I'm going to make music, I'd rather make music that goes as deep as possible, and it's the most emotional that's the most powerful.

There's quite a motley crew of people at your shows, from teenagers, music nerds, and pale ale drinking Dads who listen to 6Music...

That's funny. [He says this in the most deadpan tone I think I've ever heard]

It seems extremely diverse to me. When we play a show, all the different types of people I meet come from all walks of life. When I was growing up, I was listening to really huge artists like Michael Jackson and Madonna and I see it the same way. Music should be universal and should bring all these people together; it should appeal to everyone. It's cool because we see really young fans that identify with aspects of the music that they like – maybe it's sexy, mellow or calming – and then I meet older fans and they seem to like the same thing, or it reminds them of music they used to listen to when they were kids.

How do your own songs make you feel, especially now you've lived with them for a while and performed them many times?

The songs start to take on different meanings. 'Nothing's Going To Hurt You Baby' is a song we play often and I already had my own deep memory of it, but we were in Manchester and while we were playing it there was this girl just sobbing really outwardly. Now, when we play that song, I think of that girl sometimes – just the way she looked. It almost brought me to tears on stage. It was so intense whatever she was experiencing. So it's strange how you gather even more memories when you play the songs and they start to take on different lives when you play across the world.

I wanted to ask about your lyrics. Often I'm lulled into a false sense of security and then a line like: “You're the patron saint of sucking cock” [from 'Young & Dumb'] will just jump out from nowhere. I find some of those lines funny, actually. I was wondering about your process with writing lines like that and deciding what gets kept in or erased forever?

I'm glad you appreciate those lines. For me, it was coming from watching a lot of films. There was very frank language going on and you could be frankly sexual but also very humorous and I didn't really see much of that in the pop music that I was gravitating towards. I also saw it in poetry and novelists too. I thought there was something powerful in being frankly sexual and there's a sweet humour you could put in there that could take away the bite of what the words might mean in a harsh way. And it made all the difference in the world.

The humour in the lyrics is important too because the thing about a good relationship is that humour is a big part of that; it always has been for me. So if I'm writing a record about love, we need all the serious parts about love, we need the 'I love you' and these affectionate feelings, but humour is a crucial element that people seem to miss when they think about love and relationships and how important it is. So I wanted that to be there. Plus it's my humour, which is darker. It's a bit more...I just enjoy that. The humour I've shared with girls, it can be scathing but it can also be from this sweetness.

I assume at the moment your priority is touring the record, but have you started to think about the next record at all? Is that on your horizon?

Yeah, I have, and it's making my life a living hell because we knew it was going to be a busy time and there was no foreseeable end to the tour because we just wanna play wherever people want to see us. We'll go all over the world, anywhere we can go. We'll go to Antarctica if we have to. But we thought that would happen so why don't we record some new sessions, so we did most of those back in May in Spain for what's probably going to be our second record. A lot of it is done so now I'm in the editing phase where I have to listen to everything and see what sounds good and what doesn't. I have to write the lyrics for it but then it will be done. It looks like if that all happens and I can stay on it and not lose my mind then it will be done by the fall of next year.

That's really exciting. What was the starting point for those ideas?

With that, I usually have touchstones of artists and songs that I think about that I want to form the basis of what the record will be, and it's something I do each time. With the first EP I had a mix CD of about 12 songs that I thought: “OK this will form the influence of the sound.” We did that for the LP; we do it every time. The same thing with this; I picked 12 songs which I thought I wanted the second record to feel like and we kinda went from there. It's a little different to stuff we've done before, maybe slightly little changes that I wouldn't have picked before, influence-wise. That usually works for me. I need direction before we start.

Are there any artists that you might take inspiration from when it comes from transitioning from album one to two? Notoriously, artists find themselves in a different set of circumstances after their first album which can lead to difficulties, so perhaps there are artists who you look to for guidance in that sense.

Yeah, it's strange because you think of second albums and they're always an unlucky thing in pop music. It seems like a lot of bands' second records were not as exciting or something because they exhausted this huge wealth of songs with their first album [that they'd written] over a long time and the second one had to be done quickly and didn't capture the depth they have. There's definitely a few records I can think of where the jump between first and second one...think of Bjork's Debut to Post, which I thought was a really interesting jump, where she kept all the things intact. Even someone like Enya; I think she did The Celts record, which is more like a soundtrack, and then she did Watermark which is definitely her best record. Those two I identify with, and I love the way both those artists refined their sounds on both those records.