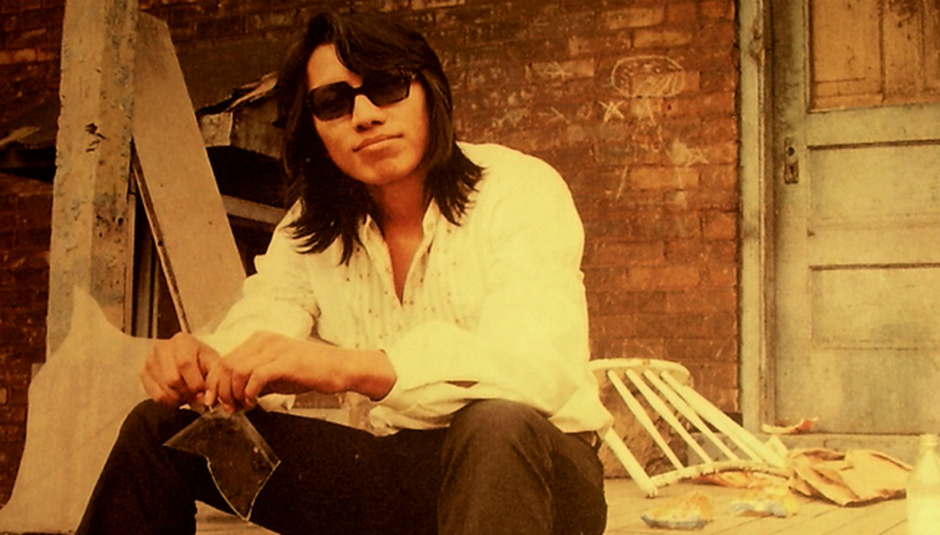 What Searching For Sugar Man Teaches Us About Musical Values

What Searching For Sugar Man Teaches Us About Musical Values

One sweaty summer's day, I was sitting in my dad's Transit van on the M25 reading the Culture Magazine when I came across a small review of a documentary called Searching For Sugar Man about a little-known artist named Rodriguez.

So I watched it, and it changed my general outlook on music forever.

You should watch it too; it's on Netflix now. But before you do, let me tell you what Searching For Sugar Man taught me (either that or cemented my existing views) about musical values….

So many bands form because they think one day they'll be famous and tour the globe, bottle of Jack in hand. That shouldn't be the core reason you start writing and playing music.

What struck me most about Searching For Sugar Man is that this incredibly talented artist, who didn't find a morsel of commercial success in the USA, and later discovered he had a colossal following in South Africa (he was basically a musical God there - I won’t say too much as I don’t want to spoil the documentary for you), went to the country to meet his fans. While there he played a small string of massive stadium shows, then went back to Detroit to continue his modest life and be near his family.

He didn't lap up the fame; he didn't set about taking up lengthy court battles to try and locate his missing royalties - he simply enjoyed his experiences and went home satisfied he made a difference with his music.

It seems to me that Rodriguez, or Sugar Man as he’s now known, honed his natural talents and learned his craft with urgency and passion - and in the end, success found him, in a roundabout way.

To make real music with real value, you have to wholeheartedly believe in what you’re doing from start to finish; you have to be willing to take risks, tackle setbacks and have the desire to create whether you end up with a private jet or not.

You’re probably sitting here, reading this and thinking: who are you and who gives a monkey’s about what he thinks? That’s fair enough, but still, I feel the best music comes from the purest passion, it’s just that some folks happen to make it commercially and some don’t.

“My inspiration comes from the environment and personal angst…each song is written to a theme.” – Rodriguez

Sometimes Tunes Tread Their Own Path

Despite the many incredible discoveries Searching For Sugar Man serves up in its 90-odd minutes of running time, perhaps the most jaw-dropping is Rodriquez's unwitting affiliation with the anti-apartheid movement.

In oppressive 1970s South Africa, people were looking for a hero, and of course, they found it in a certain Mr Nelson Mandela.

But, somehow, the songs of Rodriguez travelled over land and sea to stir up the frustrated youth and make an artistic impact that sparked a wave of bands that started a music revolution.

Hearing of the madness happening in South Africa at the time, Rodriguez wrote songs about standing up against the regime and fighting oppression. Due to political radio censorship, his records were bootlegged and shared among South African youngsters craving a change, which would probably explain why he didn't have a clue about his fame over there.

Eventually, Rodriguez became one of the best selling artists in South African history - how about that?

Sometimes, for one reason or another, certain songs are treasured more in some regions of the world than others. Of course, in this case, the reason was that of the direct political and social content of the songs, but as strange as life can be, certain tunes just land better in certain places.

So, if you've recorded songs that you're hugely proud of and they're not shifting much in your local town, city, county or even country, hit the road and start plugging them overseas. You never know, you might go down a storm in the States, Japan or a small island in the North Sea nobody's ever heard of.

Before Rodriguez set foot on South African soil all those decades later to play for his droves of fans, they all thought he was dead. Imagine how much their minds were blown when they found out their musical hero was alive and kicking.

Eventually, Rodriguez found the acclaim he deserved in a place he least expected it, and as mentioned, after his experiences simply went home to his humble Detroit apartment and picked up where he left off.

He could have milked his newfound fame for all it was worth, but he accepted his praise graciously, gave his fans what they had been waiting for all their adult lives, forged lifelong bonds, and stepped back into the shadows of normality.

Wherever you stand on the musical spectrum or whatever may come your way, always remember that you're doing it and you're doing it well. Just because you didn't end up on Jools Holland or playing on the Pyramid Stage at Glastonbury or standing on the top of a big old American tour bus, drunk with your tackle out shouting 'woohoo woohoo' on the way to your Madison Square Gardens show, it doesn't mean you haven't been a success.

Think of the music you have created, the standard you have reached, the friendships you have formed, the experiences you have had, the things you have seen and the difference you have made. Would life have been the same without the music in it? Probably not.

The Fangasm: Urban Hymns by The Verve