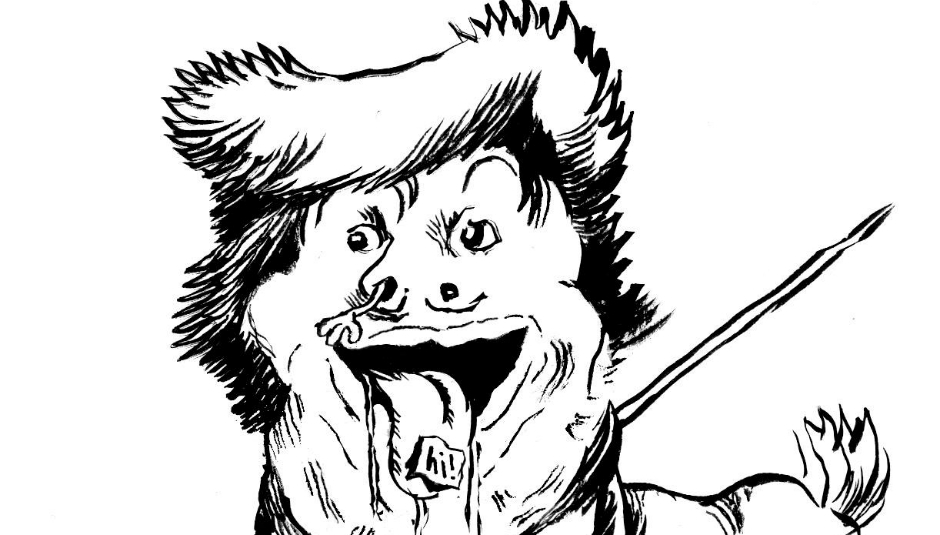 Fed up with the unrelenting positivity of the Internet wherein any actual music criticism is equated with trolling? Feel that as an individual you SHOULD be allowed to express an opinion, however unpopular, however against the grain? Sick to the back teeth of stick-in-the-mud indie rock apologists, of bouncy-bouncy poptimism?

We have the cure for that, and it's a book. Full of criticism.

Father John Misty vs Ryan Adams | who is the biggest asshole?

Father John Misty vs Ed Sheeran. Who is the more shit?

Bob Dylan wins the Nobel Prize for Literature; some facts

To help fund Ed Sheeran is shit, and other musical malfunctions, please visit the Indiegoo page. Everett True's other projects and books can be purchased from his book company, Rejected Unknown.

Do not believe the hype. My life over the last two decades has been swamped with people spouting weak-assed crap like “I don’t want to say Dave Grohl is shit because it ain’t up to me to tell others how to live their lives”. Damn straight. It AIN’T up to you to tell others how to live. You so scared of being thought out-of-touch that you can’t even figure out what you like yourself, though? You so scared of being viewed as opinionated or nasty or close-minded (shudder) a critic that you can’t state your own opinions loud and clear, though? DAVE GROHL IS SHIT.

He’s a beardy smiley bland comfort zone for people who just need some reassurance in their lives, and have no expectations beyond the promise of the new Wolverine film next year, a smiley retro sweep of pre-digested emotion whose primary concern is not LURVE or LIFE or…wait, why am I even discussing the streaming revenue with you? Dave Grohl is shit. You don’t need to be outrageous to say this, you do not need to be cowed. You don’t need to be a narcissist, you don’t need to be a nobody. Dave Grohl is shit. You don’t need to listen to Foo Fighters or work out to them down the football stadium or listen to their legion of desperate fans to realise this, just read the apologetic commentary from those too afraid to state the fact (and still think that somehow it’s OK he’s shit cos he’s “such a nice guy”), the apoplectic commentary from those who think they’re Making A Statement by coming out against them, the yawning knee-less praise from those whose idea of a varied and worldly musical taste means including a David Bowie album on their playlist of Coldplay, U2, The Killers, Marilyn Manson and (shudder) Foo Fighters.

He is shit. He is crap. He is the shit in the middle of crap. His emotion is not his. It’s empty, big washes of guitar-driven bombastic nothingness. Dave Grohl is shit. The loudest boy in a room of one. Useless shit that pervades the world with the smell of uncritical acceptance. Smiley shit. Bouncy shit. Bearded shit. Dave Grohl is shit. He is one more commodity, just one more commodity. Shit. Less than nothing. Shit. Lifestyle choice for the folk who think someone else is cutting edge. Shit. An approximation of music that does not bother to capture the spark that can make music so special, so magical, so special. Just an approximation of an approximation. The boy next door, with a drum kit and a sound purloined from the past. Half-assed subcultural appropriation.

I eat at home. My nights are filled with splendour and children. Dave Grohl is shit. And that shit is everywhere.

Everett True's previous book Grunge, My Part In Its Downfall _can be purchased here.

Read our interview with Everett True from earlier this year here.