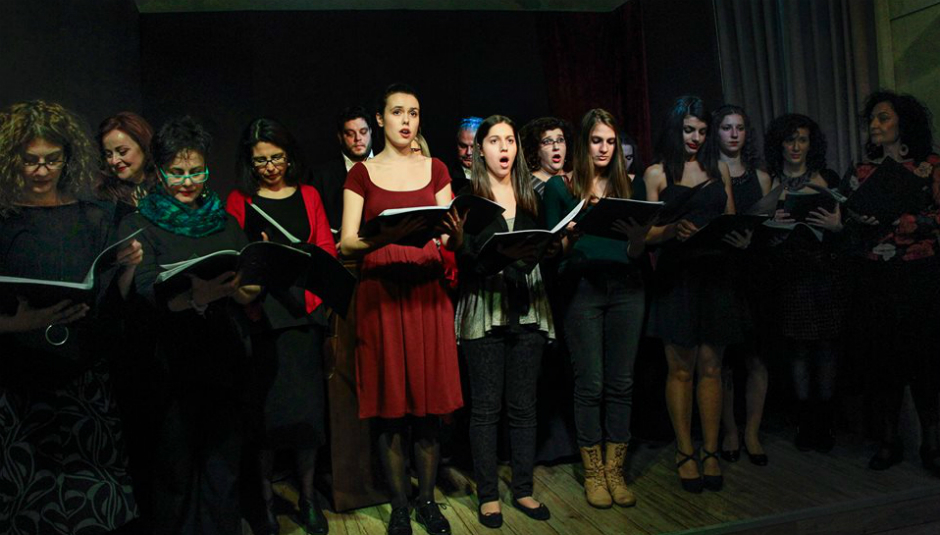 “Music activity involves nearly every region of the brain that we know about and nearly every neural subsystem,” Daniel Levitin, a neuroscientist and musician stated in his book This Is Your Brain On Music.

Listening to music, playing the piano and singing opera arias have helped me in my everyday life to become a better and happier human being. The more I practice, the better I feel. Being able to play ‘Papageno Papagena’ from Mozart’s opera Magic Flute on the piano, or singing ‘Think Of Me’ from Phantom Of The Opera was my dream since I was a little girl. Today, I have accomplished both of those dreams, and greater ones have arisen along the road.

Research has shown that music education and training at any age can benefit the brain’s structure and function. Music uses both sides of the brain, a fact that makes it valuable in all areas of development. Thus, the brain will be able to form new neural connections and remember things even when the mind is busy with other matters. Similarly, music will affect positively the brain’s auditory perception, internal imagery, and motor function. Music enters a part of the brain that causes it to play repeatedly. Humans are able to anticipate and synchronize musical beats as well as to understand and internalize rhythmic patterns. Music can train the brain to create its own patterns even where none actually exists. Music imagery contains both motor and auditory elements. For example, trained musicians are able to induce motor imagery while listening to or imagining a piece they have rehearsed many times.

Music education can also benefit one’s creativity, and ability to express emotions. Learning how to read a music score is similar to learning a different language and that requires devotion, attention and great concentration. Those who can read such score tend to have a higher IQ and can perform better in exams. Similarly, people with dyslexia, when involved with music, it helps them to concentrate on their auditory and motor skills in a synchronized way. Furthermore, music can improve one’s health – knowing how to play a musical instrument can improve musicians’ posture, breathing as well as additional psychical skills.

Studying music in London, compared to other European cities, is the best place to broaden your horizons and trigger all your senses. In the heart of London, one can find Broadway, off Broadway, and other theatres that can motivate students creatively.

London houses universities that can aid students to achieve the above-mentioned benefits, even additional ones. For instance, Royal Academy of Music, Trinity Laban, Kings College, University of the Arts in London (UAL), Brunel and City are some of the best places to study music, as they have diverse music programs allowing potential candidates to discover their skills and interests in order to enter a better career path.

Universities in London with a music program offer individual tutorials allowing students to practice and discuss with their professors their progress and career paths. Music universities in London focus on creative and intellectual development. Students can attend electives that will equip them with great skills aiming to advance their imagination, creativity, and knowledge that may be useful later on their lives. Music universities in London allow students to design and build their own performance or composition career. This aids student to advance and perfect their skills and self-esteem. Moreover, students will get practical experience, as they will have to participate in concerts performances in order to be familiar with what to expect in the future. At the end of the final year, students are asked to compose a final project of their own choosing in order to discover new interests and be prepared for life after the Academy. “It’s such a pleasure returning to this inspiring and world-renowned place of music,” says Menahem Pressler a pianist who was presented with an Honorary Membership of the Royal Academy of Music.

“Open Academy helped me to find a purpose and a different way to share my passion for music,” says Hermione Jones, Alumni of the Royal Academy of Music. “Pursuing a degree in music helped me gain knowledge in areas I was previously unfamiliar with. Being around like-minded individuals was challenging as I was introduced to new stimuli and got to improve my skills in composition and performance,” Danae Komodromou, Greek student at Trinity Laban Conservatoire of Music and Dance stated in a private conversation. “Having studied at King’s I learned about music in an academic point of view and I took a step forward in terms of realizing my dream,” Konstantinos Korkodeilos, third-year Greek student at Kings College stated in a private conversation.

“London is full of opportunities: there are several performance venues that host performances with great musicians at student prices, and there are lots of competitions and other opportunities for music students especially in the conservatories,” Konstantinos Korkodeilos, a third-year student at Kings College stated in a private conversation.

Pursuing a degree in music maybe one of the best decisions one can make. Music spark will always be alive, as long as there is a place to light with it. Even though performing and composing may seem challenging at times, the outcome will be amazing and worth fighting for. Trust your instincts, join London and enjoy the wonderful, musical trip. “By studying music in London I got to meet great people and being able to share with them our mutual passion was an extraordinary experience and I will always cherish those memories,” Chara Marinou stated, a Greek opera singer who completed her music studies at UAL.