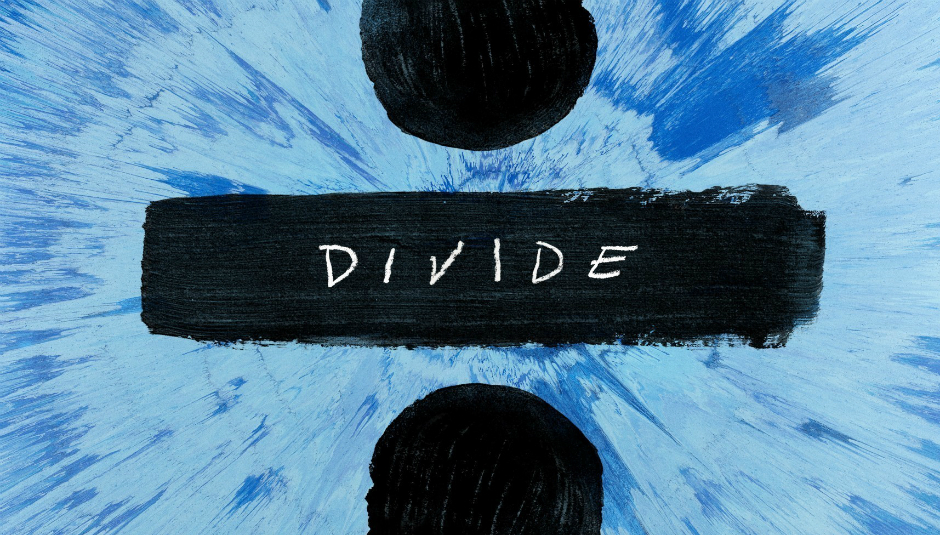 
OK, so first things first. Ed Sheeran does not write music to appeal to me. I’m not his target demographic. I’ve never bothered to properly listen to any of his albums precisely because I, as a 38 year old white guy in thrall to the whole spectrum of indie and alternative music, am predisposed to hate it. But I can also see why he’s become something of a convenient punchbag; he’s neither edgy enough to be considered proper pop, nor cool enough for the indie kids. He looks like a gormless gap year student who’s been kicked through the bargain bins in Topman. Having him headline Glastonbury seemed like a red rag to those who constantly bemoan the state of music, and a symptom of all that’s wrong with the UK music industry. And yet…he’s sold a gazillion albums, sells out stadiums, and at this point, really does seem more popular than Jesus. What gives? Time then for a proper appraisal. Just me and Ed; 12 tracks, 46 minutes and 14 seconds, my undivided attention. I just hope my ears forgive me…

The guitar twanging sounds vaguely flamenco in nature. It’s certainly not boring. But hold on, is he…rapping? He’s RAPPING! Oh God. I’m not even 20 seconds in and I want to stop. “Everyday that Satan tempts me / I try to take it in my stride.” Since when has he been religious? It’s ironic that he raps “this shit should be fun” when he makes it sound anything but I guess the sentiment of the song is to be applauded; poor Ed, he suffers, just like us. Possible the only stadium-filling tune to mention the A14 as well – who says Sheeran doesn’t keep it real?

‘Castle On The Hill’

Starts off sounding like Arcade Fire’s ‘Rebellion (Lies)’. Only for eight seconds though, then he starts singing. Oh. A wistful tale about his teenage years; breaking his leg (bad), kissing girls (good), smoking hand-rolled cigarettes (don’t do it kids – not cool). To be fair it’s pleasant enough, even though the lyrics are somewhat clunky; what kind of teenagers get obsessed with Elton John’s ‘Tiny Dancer’? Basically, it sounds like it’s been designed for the closing montage of some horrendous reality TV show. I bet they used it on Love Island, didn’t they?

A slow jam. Sounds like Ed didn’t get the girl. Sounds like he’s upset about that. I think this is called “emoting”. Good grief, the lyrics are atrocious! This is beyond cheesy; so far beyond it that cheesy is merely a speck on the horizon. “I could fall, or I could fly / Here in your aeroplane”. “I have travelled the world / And there’s no girl like you”. Who talks like this? His lyrics scan like the rejected entries from an Under 14 Romantic Poetry competition. And here comes a mid-80’s guitar solo to prove that Sheeran can do two types of awful in the same song.

Is that…a marimba? Fucking hell. More sing-speak from Ed, with a definite calypso vibe. Is he trying to prove his worldly credentials? That he’s “down with other cultures”? Hmmm. Another song about girls. Or one specific girl. “I’m in love with the shape of you.” Not exactly Robert Burns, is he? “Now my bedsheets smell of you.” Jesus fucking Christ, is he the singer-songwriter version of Swiss Toni? Pass the sick bucket. The song itself is slinky enough, and modern pop music is overflowing with dancefloor sex jams, but this is just icky.

Zzzzzzzzzzzzzzzzzzz. BORING. Did Ed finally get to have sex with this girl? I hope it was worth writing umpteen maudlin ballads for. The chord progression here sounds very familiar, but I can’t quite put my finger on where he’s nicked it from. Still, all modern pop uses about four chords, right? Oh, an acoustic guitar solo – how very edgy. He may be “barefoot on the grass” but listening to this is like walking barefoot over glass.

Also, who the fuck convinced him rapping was a good idea?

I’d like to think I’m not a violent man, but at this point, I want to track down and smash every acoustic guitar in existence, just so Ed can no longer torture us with shit like this. “Ain’t nobody hurt you like I hurt you.” What did you do Ed? Did you tie her up and sing to her until her ears bled?

Finally, something a little more upbeat. Something with a spring in its step. But then he starts singing again and #facepalm. Now he’s jealous about some guy who’s better, who “goes to the gym six times a week” and has his “arsehole bleached”. Does any guy actually do that? His love rival sounds like a right douchebag, but the worst thing is, I have sympathy with the girl who chose him over Ed. Anyone who rhymes “Keepin’ it real” with “creepin’ a lil’” deserves everything he gets.

I’m not exaggerating when I say I’ve heard pub singers do a better job of acoustic sing-alongs than this. So bland, so dull, I’m crying tears of sheer boredom. “She’s the lighthouse in the night / That will safely guide me home.” HOW DOES HE COME UP WITH THIS SHIT AND WHO GIVES HIM THE GREEN LIGHT? Someone needs to burn his Big Book Of Metaphors And Similes.

You know how to write awful, cliché-ridden claptrap whose only useful role would be as Exhibit A in a Crimes Against Music tribunal.

‘How Would You Feel (Paean)’

There is nothing triumphant, or creative, or enthusiastic about this track whatsoever. It’s barely even a song, just a collection of words stuck together over some inoffensive chords. Ah, another 80s style solo, no doubt played on a white Stratocaster, while the lyrics keep getting worse. “I want to spend my life / Falling deeper in love with you” he warbles; at this point, I’m running out of insults.

Ah, supermarket flowers. Possibly the most insincere gift one can give, symbolizing a lack of thought, care, or any genuine feeling. The rushed sense of “will this do?” and “No, of course I still love you I’ve just been really busy that’s all look this was the best bunch in the whole shop yeah?” If this is some kind of meta comment on this song, and by extension, the album, then maybe Ed is far cleverer and self-aware than I give him credit for. I doubt it though.

Is it over? It’s over. THANK FUCK IT’S OVER. (Caveat; if you’ve got the Deluxe Version of Divide - and ain’t that an oxymoron – there are four bonus tracks to “enjoy”. You really didn’t think I was going to sit through those, did you? There’s not enough money in the world to pay me to do that.)

Well. There’s 46 minutes of my life I’ll never get back. As I said, he doesn’t write for me, and obviously, some people like it. But I just can’t get over how lazy and dull it all is. Sure, not everyone can be Dylan, but at least put a little effort in? The worst thing I could say about this is it makes me think I could write pop songs – truly, I don’t think I could come up with anything quite as clumsy, staid, or vomit-inducing as Sheeran has here. He’s popular, and he does what he does – power to him – but for this to be included in the Mercury shortlist is, quite frankly, a travesty. If he wins, I don’t see why anyone would ever bother taking the prize seriously again.