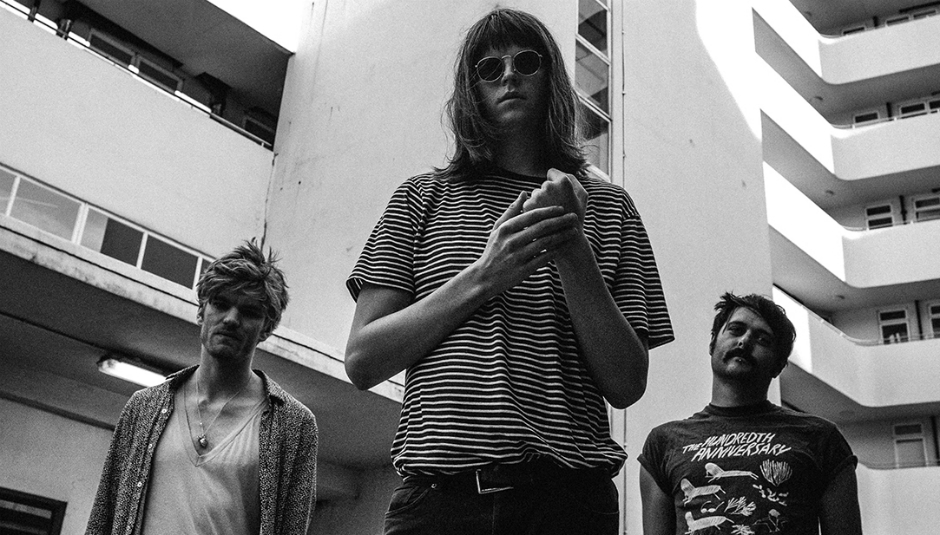 Tigercub: Eating Your Dinner In The Gig Economy

Tigercub: Eating Your Dinner In The Gig Economy

I first meet Tigercub at their rehearsal space in Brighton Electric near the end of May. It’s a few days before The Great Escape completely overwhelms the city and excitable young people with guitars on their backs are pounding the streets leaving no wall poster free.

The end of May feels like forever ago now. Back then, everyone was convinced that the Conservative Party were on course for a thumping general election victory. As we sit down in the bar of Brighton Electric, singer and guitarist Jamie is far more optimistic as we pore over videos of Corbyn drawing massive crowds at The Brudenell in Leeds. He thinks there’ll be an upset. I chalk up his positivity to the kind of idealism that comes with having Caroline Lucas as your MP. As a Brummie, my natural instincts are to expect the worst.

It isn’t just Labour who had a mountain to climb at this point. After a typically chaotic TGE show with Blood Red Shoes at the studio, Tigercub were then whisked off to play a couple of massive Euro shows with Royal Blood. A week later they’re due to play their biggest headline show to date at Dingwalls in Camden, which has a capacity of 500. Topping a big night, without the security of supporting a bigger band, is a gutsy move. Many great bands enjoy healthy audiences on big tour supports only to find venues jarringly sparse when it’s their own show. Over a pint, Jamie is as relaxed as he was when predicting a political upset. “What’s the point in not taking risks?”

Jimi, Tigercub’s bassist, recalls a handful of rough gigs that keep the band grounded, even though things are taking off these days. They all nod in agreement while he stresses how necessary these experiences are, even if they won’t make for great Instagram moments. As he wisely puts it, this is “eating your dinner”. Tirelessly investing everyone’s time, money and sanity into something as precarious - and often unrewarding - as being in a band in 2017 is the only option if you don’t want to give up your creative ambitions without a fight. All the industry winks and nudges in the world would not have landed Tigercub onto the Royal Blood shows if they hadn’t eaten their dinner first.

Without having too much nostalgia for the Reagan and Thatcher era, Jamie and James, Tigercub’s drummer, find hope in the determination (and stubbornness) of Fugazi, Black Flag and much of the “get in the van” spirit. At this point of the conversation, Jimi has had to nip behind the bar to serve drinks to bands emerging from their rehearsal spaces, further proving my point. Fugazi’s legacy even makes Jamie feel a bit guilty for having the audacity to charge fans £15 for a t-shirt, even though it's hardly a McDonald's style markup and merch is one of the last financial lifelines for bands big and small.

Having spoken to lots of bands in Tigercub’s position, as well as artists higher up the chain, it’s plain to see that excess, fuelled partly by neoliberalism, is dead and buried amongst the vast majority of those working in music. Everyone is under far more pressure to get increasingly better results from smaller budgets. While it is ultimately artists that have been hit the hardest by the industry having to curb the reckless spending of the glory days, it has undoubtedly given mid-sized bands like Tigercub a more philosophical outlook. "When you’re on tour, if they feed you, look after you, and give you a place to stay, what more do you want?" Jamie asks.

For better or worse, it’s the same attitude that I have seen mirrored by vast swathes of young people. Most my age, rapidly approaching thirty and constantly battling insecure employment, see things such as home ownership or starting a family as distant fantasies. The same disparity of wealth and opportunity between generations that resulted in such a groundswell of youth engagement and a monumental sea change at the general election has left many with very low expectations. This invariably includes musicians who don’t see committing to a band as that much of a risk anymore. It’s not like having a “proper job” guarantees anything, after all.

At Dingwalls, I feel the same sense of trepidation with how cavernous the venue is when I arrive early. Fortunately, my pessimism is dashed in the same way as it was the morning after the election, and by the time Tigercub take to the stage it’s rammed. In the same way that I was surprised and enthused by the large and diverse crowds that packed Corbyn rallies, the show feels similar in a lot of ways.

When ‘Migraine’, the third song of the set, kicks in, the crowd spill across the stage, unplugging wires and cause a lot of bother for a worried looking guitar tech. A girl defiantly waves a single crutch wrapped in pink fairy lights in the air, much to the delight of band and audience alike. A huge mass diligently sing every word, go nuts for every chorus, and take any opportunity to crowd surf. The ‘Seven Nation Army’ chant of “Oh, Jeremy Corbyn” gets a loud outing, and Jamie’s rousing “fuck the Tories” chant is reciprocated with enthusiasm. The set, taking in much of most recent record Abstract Figures In The Dark, as well as some old favourites, is as bombastic as it is triumphant. Jamie is humbled by the response as the set draws to a close.

After years of doom and gloom, austerity and Tory arrogance it certainly seems like the smog has lifted in the last month. Many in our position couldn’t have ever imagined a mainstream politician talking about the importance of independent venues in an election campaign, or remotely bothering to reach out to young people and artists. The good guys like Tigercub, along with the irrepressible Alcopop Records, will continue to stride onwards and make the best of whatever is thrown their way. In Brighton back in May, platitudes like “never give up!” had felt pointless. In June, after the election and after Dingwalls however, they have suddenly regained their meaning.

Abstract Figures In The Dark is out now via Alcopop! Records. For more information on the band, please visit their official website.

"A lot of the times, your first choic...