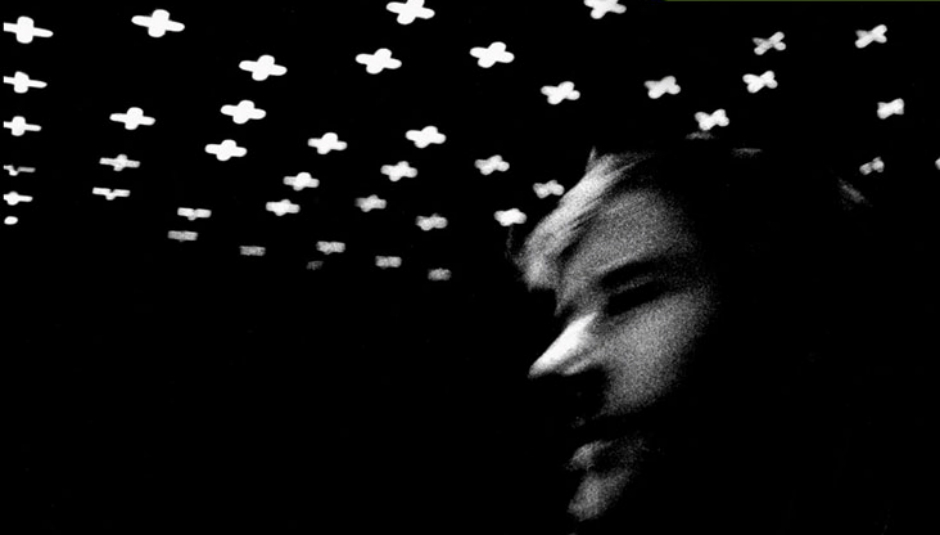 Everyone reckons that they have a pretty good idea what music by The National is going to be like. Gloomy rambles through the alcohol-fuelled pits of an anxious mind; troubadour anthems for the broken-hearted; Berninger’s baritone and Devendorf’s drumming. News of their upcoming seventh album was met by eager excitement and cynical eye-rolls in equal measure: of course, of course, the first song is called ‘The System Only Dreams In Total Darkness’. They’ve become synonymous with sad, sulk music, whether it be covering Perfume Genius’ ‘Learning’ or providing vocals to Doveman’s ‘Best Thing’. Beyond the sneers, however, there is a feeling that The National’s body of work has provided so much solace and solidarity against isolation that their devoted following not only wants more of the same but needs it. Berninger has become a cult leader for the crestfallen and confused, and as such he must feel a duty to the ‘geeks’ to keep drip-feeding his aural antidote against anguish. We must go back to 2005’s Alligator, then, to see the last time the band was unburdened by such responsibilities.

The thematic template had been set with their first two offerings, aptly summarised by the second’s title, Sad Songs For Dirty Lovers. ‘All The Wine’ picks up the alcoholic drive from ‘Bitters And Absolut’, the menace of ‘Lit Up’ can first be heard in ‘Murder Me Rachael’. But the song-crafting polish that we now know was not yet complete. So Alligator stands alone in a strange but pure space in time; the last album before mainstream demands, and the first album that demonstrated their genius. The album links the promised potential of the band’s past to the stunning successes of their future. They were still “heirs to the glimmering world” but were proving that they would be masterful leaders of it.

And it is only with the hindsight provided by their subsequent albums that Alligator can truly be appreciated. The National’s charm has always come from their willingness to reveal publically the twisted tales normally preserved in the privacy of our homes or minds. But instead of the falsetto whimper of Radiohead or Clap Your Hands Say Yeah (who were, in fact, the openers on the Alligator tour), Berninger’s gravelly gravitas gives him authority. Here is a flawed hero who might show us a way to get by. These tales originated in Alligator but are then mirrored and echoed later: the album’s opener introduces us to the inner monologues of an anxious narrator (“I had a secret meeting in the basement of my brain”), which would continue later with ‘Sorrow’ or ‘Demons’ (“When I walk into a room, I do not light it up. Fuck”); stories of fetishes first seen in ‘Karen’, where a man dances “On a coffee table, cock in hand”, later resurface in ‘Conversation 16’ (“I was afraid I’d eat your brains”).

In reverse, the weird activities of his lover are not only revealed but romanticised, starting in ‘City Middle’ (“I have weird memories of you, pissing in a sink”) and then in ‘I Need My Girl’ (“Remember when you lost your shit and drove your car into the garden”). This is not to say that The National have kept churning out the same content, but that the songs merely exist in the same sphere of disarming honesty, where the flaws of the human psyche are accepted and proudly embraced, and it was on this album that this world was first molded so unashamedly and triumphantly. This openness is not just restricted to their musical output; 2013’s documentary Mistaken For Strangers is made powerful by adopting the very same tone, to the extent that Berninger acknowledges that it feels like a National album.

Musically speaking, Alligator saw the introduction of the textures that would remain so intriguing throughout their later work: Bryan Devendorf and Aaron Dessner worked on new time signatures for the first time, paving the way for the likes of ‘Bloodbuzz Ohio’; Padma Newsome, who had worked with Bryce Dessner with Clogs added orchestral layers that make the songs what they are. The rippling strings on ‘Val Jester’, the mournful clarinet that opens ‘The Geese Of Beverly Road’, the backing vocals cluttering the ‘Secret Meeting’; these were all steps forward for the band, which have since become so integral to their identity (just listen to the distraught swell that opens ‘Vanderlyle Crybaby Geeks’).

But the standout quality of Alligator is the aggression that is so popular here and here alone. Never before or since have we been treated to the electric kerrang of ‘Lit Up’, the boozed braggadocio of ‘All The Wine’, the vocal-straining howl of ‘Abel’, or the machine-gun drumming of ‘Mr November’. From these rollicking rampages of unleashed angst, The National now provide a more restrained, reserved output; adolescent excess has given way to mature moderation. This is not to criticise albums four, five, and six (‘Apartment Story’, ‘Vanderlyle Crybaby Geeks’, and ‘Graceless’ are all belters in their own ways), but instead to appreciate the fact that these different songs exist at all. The band has evolved and honed their brand of music, but the roughness still evident around the edges of Alligator makes it a fascinating journey of an album.

It is difficult to avoid making this a eulogy to The National’s entire output (or even the output of its members, extending the praise to EL VY, LNZNDRF, Bryce Dessner’s orchestral work, Aaron Dessner’s producing, and the Day of the Dead compilation). They are a band that is rightly cherished and adored by many; their output is consistently heart-swelling, tear-jerking, and foot-pumping. As a stand-alone album, it is near perfect, but its significance and aura is transformed by considering how it makes a statement of arrival into the public consciousness after two build-up albums. It gives an introduction to a world where we can accept that we're a little messed up with our anxieties and imperfections, and feels so comfortable that in two albums’ time we will be proudly declaring that “All the very best of us string ourselves up for love”.