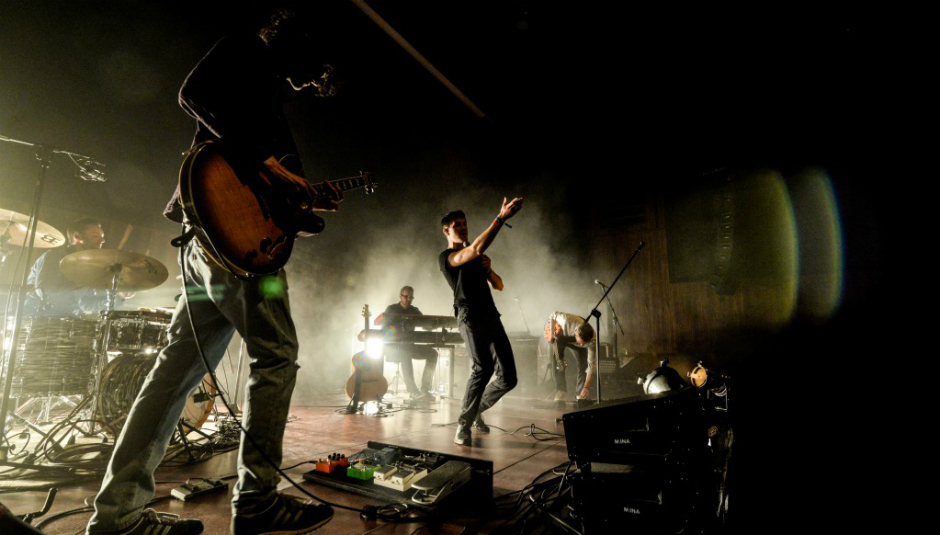 Ah, Spring. It’s only been a few weeks since we officially said goodbye to winter, but if the last few weekends are anything to go by, we’ve seen the last of gloomy nights and grey, bone-chilling dampness. With Easter fast approaching, most people are busy planning the year’s first lengthy holiday, and DiS is no exception; for spring break, we’re off to Enea Spring Break.

Only in its fourth year, the event’s ethos is to act as a platform for young, talented bands to showcase their skills to a group of international delegates and music industry professionals. Spread over three days and fifteen venues in the Western Polish city of Poznań – one of the country’s oldest cities – 135 bands have the chance to impress bookers, agents, and press, and stake a claim for a slot at bigger summer festivals in Poland and beyond. A series of panels and workshops also aim to give nascent artists an insight into getting ahead in international markets and the dos – and just as importantly, the don’ts – of forging a successful career.

The scope of musical styles and genres on display is as broad as it is exciting, and while DiS can’t lay claim to being an expert in emerging Polish artists, a few names do stand out. Lucy Rose will be airing her sparse, haunting songs for the first time in the country, while Mitch & Mitch – “A big deal, and very cool” an insider informs us – get to show off their easy charm and unique indie-jazz-funk on the stage it deserves. Elsewhere, the tradition of foreign bands adopting “interesting” English names seems to be alive and well; in addition to Bastard Disco, Meek, Oh Why?, Superhuman Like Brando, Decadent Fun Club - I swear we’re not making these up – and Rhythm Baboon, there’s our personal favourite, the wonderfully bonkers Eric Shoves Them In His Pockets. And truth be told, they don’t sound half bad.

The organisers also kindly put together a Spotify playlist for those who want to delve deep into the line-up and discover some hidden gems for themselves. Przyjemnego słuchania!

Enea Spring Break takes place in Poznań from the 20th to the 22nd of April. For more information and tickets, visit the festival's official website.