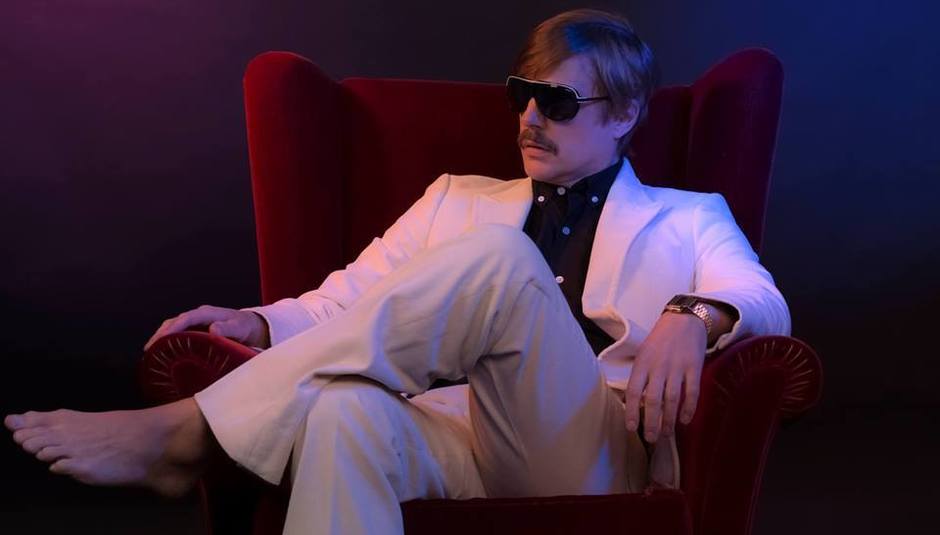 The Legends' Track By Track Guide to Nightshift

The Legends' Track By Track Guide to Nightshift

Sweden's finest exponents of experimental, noisy indiepop The Legends release their sixth album later this month. Nightshift comes out on Friday 21 April via Labrador Records, and features a collaboration with former Selebrities singer Maria Usbeck as well as a cover of Chainsmokers' 'Roses'.

I always play 'Cash' in my headphones on my way to clubs or bars. It makes me feel good about myself. I’d even say it makes me feel pretty cool if that comment didn’t make me sound like a 13-year-old. But yeah, it DOES make me feel cool!

There Is A Light That Soon Goes Out

I listened to quite a bit to Sylvester’s 'I Need Somebody To Love Tonight' around the time I wrote this track. I wanted to do something with the same type of laid-back funkiness. I just bought a Moog synthesiser before writing it, so I obviously had to use it.

Summer In The City (Living Is For Somebody Else)

Is it a Swedish thing to expect to be soooooo fucking freaking great?! Not sure. But the summer can’t possibly live up to these expectations. It’s just a season you know.

This is probably my favourite song. I want to hear a full album with tracks like this. The question is who’s going to record it? I haven’t quite heard anything like it from someone else and I’m too restless to do a dozen tracks in the same style myself. Dope lazy funky electro-funk.

In Love With Myself

I did an album with Elin Berlin who sings 'In Love With Myself' with me under the name Eternal Death. Have you heard it? No, you haven’t. And it’s a damn shame, as it’s pretty amazing and all the tracks are about death.

Making good use of all those analogue synthesizers.

I was listening a lot to Factory Floor when I wrote this, and for some reason I lived under the assumption this sounded like them for a while. It doesn’t. I don’t know what it sounds like, but I guess my EDM childhood played a role in the creation of this.

One of my favourite songs. Feels like an electro jam and for very good reasons. It’s largely made up out of improvised rubber-funk-leads and unscripted percussion.

Desperation in the form of gothic night drives.

The entire album was written and produced quite quickly. It all fell into place very naturally. Everything except this particular track...

It was lovely in it’s own way from the very start, but I felt it was too pop for Nightshift. So I re-arranged it and reproduced it completely at least five or six times. Maybe more. Then I asked Kristina Borg from Red Sleeping Beauty to sing it with me and I could finally leave it and sleep peacefully.

I’m listening more and more to instrumental music. I guess one could say this is quite filmic in a way, but I just love the simplicity of it.

If this track was part of the soundtrack it’d probably be called 'The Chase'. I dream about being chased more than anything else, so I’m surprised I haven’t written this before.

This is the first cover I’ve ever recorded. I really like the track, but I wanted to hear what would come out of it if it was presented in a completely different setting. I read in an interview with Chainsmokers that they wanted to make it super authentic. My take is the complete opposite. I love the combination of something that sounds fragile and naked and artificial at the same time and that’s where I took 'Roses'.

Oh, Maria Usbeck. How I loved her Amparo album. I just had to ask her to sing something in her lovely Ecuadorian Spanish on my album. Her verse of 'Cocaine' is about 100 times better than mine. It’s more or less the same words as in the first verse translated to Spanish, but the feeling is very different. I believe I’ve claimed there is no whining about love and stuff like this on this album - it’s more of a "shut up and take your pills" kind of album. So perhaps I need to admit I did go into relationship territory on 'Cocaine'. Everyone keeps giving the cliché-advice ”follow your heart”, and I think it’d be pretty great to use the brain too once in a while. I know for one that I should have tried that once or twice.

Nightshift is a lot about mixing artificiality and fragility, and vocoders can be a pretty great tool for this. On 'City Lights' my former fixation of death, eternity, and faith creeps into the songs in a bright superficial kind of way.

For more information on The Legends visit their page on the Labrador Records website.

In a Band? You Need to Check Out Wash...