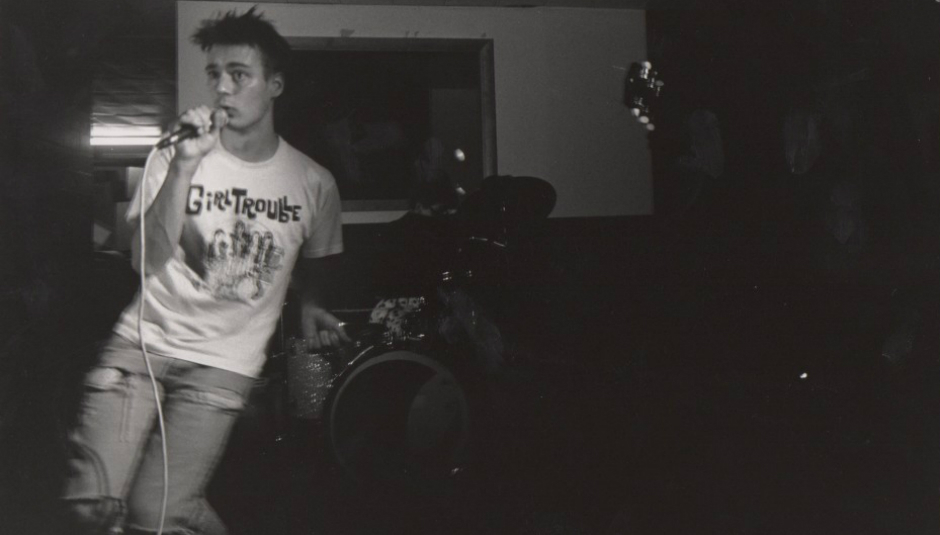 In a Band? You Need to Check Out Washington’s K Records

In a Band? You Need to Check Out Washington’s K Records

Selling records in the modern world isn't easy. In fact, the US economy alone loses $12.5 billion in revenue each year due to online piracy in the music industry.

Not only this, but with more bands slapping their haphazard demos on iTunes and Spotify than you can shake a rhythm stick at, so much talent gets lost in the piles of digitized audio slop.

So, if you're a modern band, it seems that clever content marketing and doing shit loads of budget touring is the answer. You might get signed to a semi-respectable record label, but will they really do anything out of the ordinary for you or your music? Possibly not (but we should judge each label on its merit).

The point is, when it comes to selling your records in today's harsh musical climate, a DIY approach often seems the way forward - but how to do you cut through all the noise?

Perhaps the answer lies in the past.

Now, before I go any further, it's worth mentioning that K Records is currently deep financial water - and that's a sick, sad sign of the times. But way before K Records started to struggle, it thrived as a true pioneer of Washington's indie music scene.

Founded in Olympia, Washington back in 1982, K Records was the brainchild of Beat Happening frontman Calvin Johnson. Tired of the same old 'out-of-the-box, instant pop star' garbage being churned out en masse by record industry bigwigs, Johnson decided enough was enough, and it was time the lo-fi talent thriving beneath Washington’s untapped fingernails was given a voice.

Along with appointed label manager Candice Pedersen (initially, she worked for $20 a week), Johnson started his venture by distributing a cassette tape by a local band called The Supreme Cool Beings and things started picking up momentum pretty quickly.

K Records spread across the city's underground music scene like a beat-making epidemic, fuelled by his manifesto, 'Love Rock' - something he popularised in the Snipehunt zine in 1989:

"It’s a scary world, but we don’t need to be scared anymore. We need active visionary protest; we need to grab hold and make the transformation, from complaining that there is NO FUTURE to insisting there be a future.”

Johnson's manifesto, which focused on a DIY ethic, became the lifeblood on which K Records run through the 90s and beyond. The label started out in Johnson's kitchen with the bulk of K Records' products released on cassette tapes.

Eventually Johnson began to grow his roster of acts by sourcing them through a local radio gig he kept for KAOS-FM and eventually caught the eye of Rough Trade, landing a distribution deal that helped him spread his reach - and his DIY philosophy.

For the years that followed, K Records expanded, writing regular newsletters, hosting live music events, and releasing records across the city, helping local underground acts realise their potential and learn how to become self-sustaining through his DIY ethos, backed up by a true punk mentality.

To cut a long story short, Johnson started a musical revolution, helping acts that would have otherwise fallen through the cracks, gain local, national, and even international recognition.

K Records signed and developed the likes of International Pop Underground and Built to Spill; the label is also responsible for the release of early releases from Beck and Modest Mouse. It sparked many a movement, recording great artists from the depths of its Dub Narcotic Studio, taking a personal approach to every single band and performer that passed through its doors.

It may be in hot water now, but no matter what happens its legacy remains.

So if you're in a band today and you're sick of putting up with bullshit, look to K Records. Read into their story, listen to their artists, and learn from their early triumphs:

Start your own revolution. Pool together a small pot of funds, find a place to operate, and take charge of your future.

Remember that physical flyers, CDs, vinyl, and word of mouth are all viable options - digital is saturated so open up your promotional arsenal.

Find others like you, put on themed nights, and help plug, promote, and develop each other until people have no choice but to take notice.

It might sound far-fetched, but it's no more pie in the sky than playing a few shows, popping a couple of tracks on the web and waiting for something to happen.

The Legends' Track By Track Guide to ...