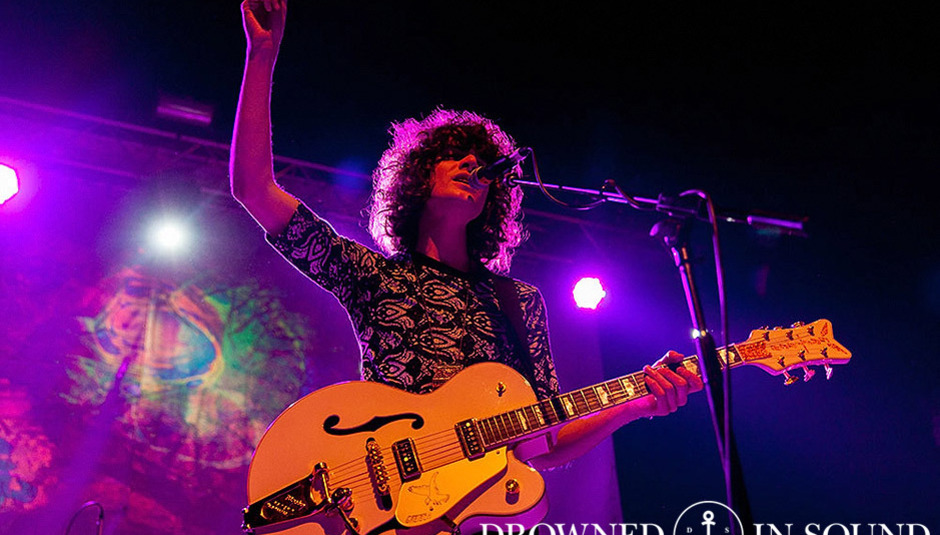 This coming Saturday (1st April), the second edition of 2Q takes place in the centre of Derby. Over one hundred artists will perform across ten venues, and DiS will be in attendance throughout the day and evening. Tickets are still available here priced £22 each, and we'd advise you to get yours soon as they're nearly all gone!

In the meantime, here are 10 acts we're most excited about seeing this weekend.

This Nottingham based four-piece have been making a name for themselves on the live circuit since forming a couple of years ago. Channelling the spirit of bands like Dinosaur Jr and Buffalo Tom in their prime, their recorded output to date isn't to be scoffed at either, like current single 'I Don't Plan To'.

An East Midlands supergroup of sorts, with some of its members having previously played with Rugosa Nevada and Mint Ive. Their widescreen, anthemic shoegaze-tinged rock was built for big stages, so it's probably worth seeing them in such intimate confines as this while you still can.

One of the most exciting bands to emerge from these shores in recent years. Eyre Llew's experimental soundscapes channel the subtlety of Sigur Ros and Ennio Morricone with the ferocity of 65daysofstatic or Deafheaven. Currently on tour around the UK but back on more familiar territories this weekend, expect to be mesmerised and exhilarated in equal measures.

Last year's Big Box Of Chocolates was among 2016's finest while their set at January's Heavenly Weekender in Hebden Bridge kickstarted the New Year in style. Expect every day tales about Bootcut Jimmy, Katy Anne Bellis, Lazers Linda, and park benches set to insatiable melodies reminiscent of Pavement or Blur. In other words, unmissable.

One of the hardest working bands on the circuit right now. There's rarely month goes by when Inheaven aren't on tour, and it's this dedication that's made them one of the most engaging live bands in the country. Not to mention the bucketload of tunes they have at their disposal. With their long-awaited debut album nuted to come out later this year, don't miss such a golden opportunity to find out what all the fuss is about.

This Birmingham based outfit first came to our attention with the excellent Milkshake EP back in 2013. Debut long player Be Slowly came out the following year to a wave of critical acclaim, while 2016's eagerly anticipated follow-up Simplicity highlighted their diversity as a band equally at home playing three minute pop songs as they are penning surfwave soundscapes.

This Nottingham-based trio are currently recording their second album with Hookworms' MJ and if it sounds as good as the live versions we've heard already it promises to be a contender for album of the year. Flitting somewhere between the elegant grunge of early Smashing Pumpkins and obtuse punk pop of The Replacements, Kagoule are another reason why the East Midlands is one of the UK's musical hotbeds right now.

Another relatively new band. Most of Starwheel might have barely left their teens yet their hazy, sun-drenched Rickenbacker-fuelled melodies remind us of Sonic Flower Groove-era Primal Scream or those early Ride EPs, which is a good enough reason for us to recommend you arrive early on Saturday.

Having spent the majority of last year putting together the follow-up to 2014's debut Sun Structures, the multi-faceted Volcano finally arrived earlier this month, demonstrating the band's penchant for writing classic pop songs in the vein of Abba or Mike Oldfield, and all blissfully awash with Temples' signature splash of colourful psychedelia. Now a bonafide headline act, we advise you to arrive at the Silk Mill Museum early if you want to catch a glimpse of Kettering's finest.

Named after a David Bowie song and featuring members who've played with The History Of Apple Pie and various other London scene bands of recent times, Yassassin are a five-piece who mix arty post-punk (think Delta 5 and the Au Pairs) with occasional leanings towards psychedelia and shoegaze. Their incendiary performance at Sheffield's Outlines festival was one of that weekend's most memorable, and there's no reason why their late afternoon slot here won't have a similar impact.

Here's a 30 song playlist we've put together featuring a selection of the artists playing at this year's event.

For more information on 2Q including venue splits and stage times, visit the official website.

The Moonlandingz Track By Track Guid...