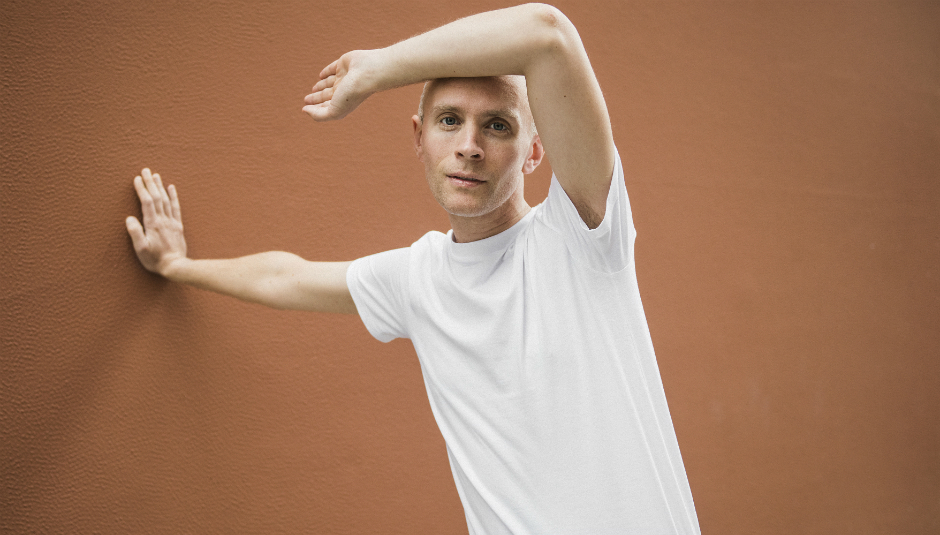 Jens Lekman and I are not feeling so good about the world.

In a scene taking place in nigh on every café, office, home, and – in this particular instance – record store around the world, we’re discussing the state of our (at the time of going to press) pre-post-apocalyptic settings.

“I think I’m in a grieving period right now. Because I don’t know, I’m finding it really hard to find any optimism at all right now. I think everyone is feeling like that and it’s really dangerous. I was in America playing a show two days before the election and I left two days after. It really just felt like people gave up at that point. What do you do?”

Fortunately, for those seeking solace, a glint of sunshine, and the odd wry smile in these times, one solution is Jens’ immensely well-timed care package Life Will See You Now, the Swede’s delightfully deep and danceable fourth record.

A silver lining seems a hard to come by and especially flimsy thing these days. But from the moment opener ‘To Know Your Mission’ kicks in, you feel compelled to hold this silver lining close, and then – once you’re ready – feel emboldened enough to wave it high like a flag.

That opening track is almost a Lekmanist manifesto, a direct, heartening articulation of Jens’ purpose in life. “In a world of mouths, I want to be an ear”.

“The last couple of years I’ve had to struggle with that a lot and to just make a few decisions about how to do things: what do I actually love doing and why do I do it? And I think the one conclusion I come to, as my teenage self in that song, is that I like listening to stories, I could be doing something quite different, but I’ve always been drawn to listening to people’s stories. If that would be as a psychologist, or a social worker, or a taxi driver, whatever it would be, I just like hearing stories basically.”

In the years since 2012’s I Know What Love Isn’t though, Jens had founding translating those stories into songs more difficult, as a result of his shifting perspective of what an LP’s purpose is. “When I started making albums I thought of them as collections, as greatest hits of that period. But now, I’m also more interested in asking ‘What is the narrative?’ I’m trying to find that theme, the golden thread in everything I do when I’m putting together the album. That’s the tricky part and I think that’s why it’s taken so much time, at least for the last two records.”

To shake out the cobwebs and tease out that golden thread, Jens took on a number of extra-curricular initiatives to take his mind off “the big album” as he puts it. The headline-grabber was Postcards, a New Year’s resolution to write and release a song for each week of 2015. Amazingly - defying conventional wisdom, statistics, and the landfills composed of exercise equipment - he stuck to it, and two of the tracks made it to the final album.

“When I started realising what the album was about ‘Postcard #17’ fitted in really perfectly onto the record. It’s about facing your fears or coming to that point when the consequences of not facing your fear are too big. And you just realise that the easier alternative is actually to look straight into it. Often, you realise that it’s not as bad as you thought it was. You build it up a lot in your mind. The album is also about doubt and choices, about seeing the consequences of your choices. It’s a very existentialist album in that sense.”

Alongside Postcards, Jens also took on Ghostwriting, an initiative whereby he interviewed 11 people in Cincinnati and five people in Gothenburg, turned their stories into songs and then performed them.

It’s the kind of intimate, idiosyncratic, but hugely inspired idea that Lekman has become known for over the course of 13 years. More than that, though, it’s the kind of enfranchisement that’s needed on both sides of the debate right now, instilling self-recognition and self-worth in someone that might not otherwise think that their voice is worth hearing.

“I think that’s my way of connecting to the world, or any sort of activism or whatever you would call it, rather than going around stating my opinions, which I feel doesn’t really do much. It can be important to hear where your favourite artist stands on an opinion, but to just go around and state opinions all the time, I never got much out of that really. So I guess that’s why I’m not on Twitter!”

“I do, for sure. I didn’t feel like there was anything I could comment on politically for this record, so I chose to focus more on individual matters. There’s some stuff in that which can be interpreted as political of course, but I didn’t want to comment on the world’s situation or anything like that – it’s not that kind of record.

“But I feel like I have to. I feel like sometimes I’m just looking at who the people are that are listening to my music and wondering what I can talk to them about. When I was in America, a part of me was thinking that I should be talking about the election, that I should be talking politics and making these people go to vote and do the right thing.

“But there’s no one voting for Trump in my crowd really. So how do I reach those people? How do I make a difference there?

When I put it to him that, as Frank Turner recently said, we need to be aggressively centrist to bridge the gap between the two halves, it emerges that Jens has already happened on a potentially powerful mechanism to do just that. “One thing I did in the last year was a tour of Sweden where I played more rural areas. I had this thing where anyone could set up a show in their living room. And it worked really, really well. I would have these packed shows every night and I played in these places that had a population of 100 people or something in the very north of Sweden, or in the middle of the woods somewhere.

“I would love to do that here in the UK or in America as well. That is one way you can actually reach out to people who are not just the inner city, left wing, typical fan. The typical indie pop person or whatever. So I met some people there who were not the typical Jens Lekman fan, who were just like: ‘We heard something was going on, so we came around to hear what was going on’ and ‘Hey we liked your tunes!’

Which feels like another crucial chapter of the Lekmanist Manifesto. When you’re a part-time wedding singer, steel drum enthusiast (as on the irresistible lead single ‘What’s That Perfume You Wear?’), and an idiosyncratic romantic touring deepest darkest Sweden, it’s clear that a deep-set drive to bring people together is to be prized above all. Life Will See You Now is perhaps Jens Lekman’s finest articulation of that drive yet.

Which, hopefully, should hearten him as he pursues his resolution for 2017: “Just to survive basically”. Cheers to that.

Jens Lekman’s Life Will See You Now is out on 17 February via Secretly Canadian. For more information about him, including upcoming tour dates, please visit his official website.