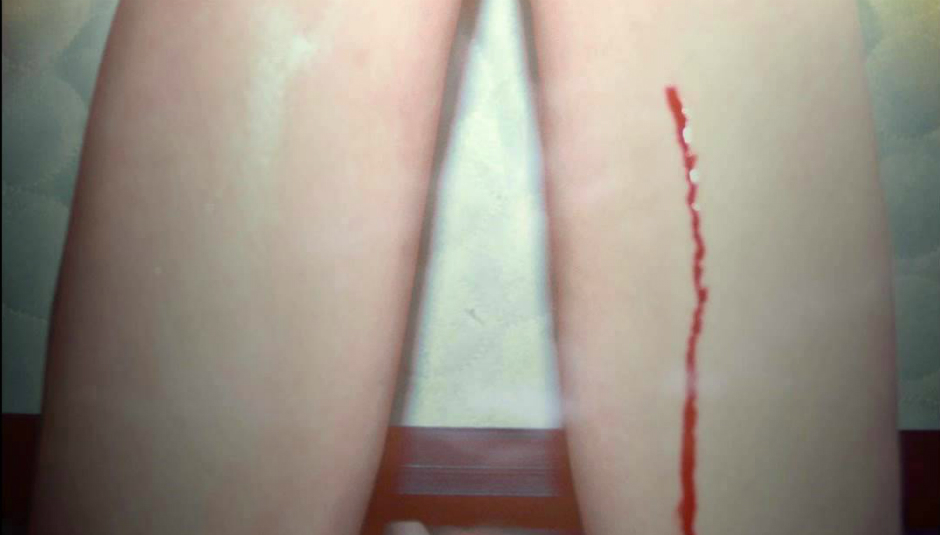 The relationship that we have with our favourite album is an interesting one. Like with romantic relationships, it often feels like a lottery which album you fall deepest in love with. The kind of love that clenches in your gut when you hear the opening few seconds of a track. The kind of love that makes you grip your chair when in public to stop your arms gesticulating. Sometimes it’s an album that’s universally loved, like Nevermind or Rumours, sometimes (and in this case) it’s an album that may have passed you by.

Like all of the albums I have the strongest bond with, my favourite came along when another relationship was dissolving, the one with my first proper girlfriend. It’s a heartbreak we all feel, but at the time, we feel like the only person to have ever felt it. Whilst I sought solace in Joy Division, The Cure and other typical teenage heartbreak bands, I never quite connected fully to the Gothic darkness of both bands. Part of this was because of their mainstream popularity. Whilst that in itself is a testament to how fantastic they both are, it also meant that I felt it cheapened my anguish when I’d hear my Dad chirpily whistling along the keyboard riff for ‘Love Will Tear Us Apart’. I felt I needed something of my own to grasp on to.

That’s when Romance Is Boring took me by the hand. Los Campesinos!’ third album (second if you count We Are Beautiful We Are Doomed as an EP but I digress), like all other Los Campesinos! albums, does not deal in the kind of one-size-fits-all lyrical content that the biggest heartbreak anthems utilise; its lyrics and subject matter are so personal to lead singer Gareth Paisey, so particular, it seems impossible that the album can mean anything to anyone else. But it is precisely the open honesty that spills onto the songs, an open honesty that few teenage boys have with their friends, that I needed. While the exact details described on the album were miles away from my own experience, the feeling behind them was gripping and universal.

I have always had soft spot for art that manages to turn the everyday into something special. Like the harsh practicality of Brutalism, or The Catcher In The Rye’s seemingly meaningless chain of events, Paisey does not use flashy techniques to let us into his head, but simple literary tricks – alliteration, internal rhyme – which transform mundane events, like the first day of autumn (“Summer’s hanging around like summer’s hungover”) into something beautiful; juxtaposing harsh, everyday language with heart wrenching declarations of love that seemed more tangible and believable than anything else I’d heard before.

Moments of clarity in the back of a taxi (“I understood why kids draw the sun with its rays emanating”), dreams of leaving this horrid little isle to play professional football for Malta (“I'm called up to the Maltese national team / My vision is impeccable, my first touch is obscene / The crowd draws breath at once, it swerves to the top corner / The Sunday tabloid press declares me the new king of Malta”) and meaningless declarations of love (“I've displayed marriage proposals on the Jumbotrons of ballgames you've not been at / I've written eulogies in guestbooks of galleries in the hope that you might pass”) are all tackled so intricately, but with so much feeling, it’s hard not to become wrapped up in Paisey’s stories of love, loss, religion, and body parts.

But here I am, rambling on just about the lyrics when there is so much to explore in the actual compositions as well. Listening back to the band’s first full-length album and Romance Is Boring, you’d be forgiven for thinking the records were made by two different bands, such is the contrast between the first’s spiky, sharp punk and the latter's lush, layered instrumentation, and producer John Goodmanson, plus the band’s maturity, seems to be the biggest factor in the change. Having previously helmed We Are Beautiful, We Are Doomed, Goodmanson helped the instrumentation, mostly undertaken by guitarist Tom Bromley, to flourish, making it bigger and more complex. The record swerves from the slowly building opener of ‘In Media Res’ to the claustrophobic punk of ‘Plan A’ to the slow-burning, anthemic strings of ‘The Sea Is A Good Place To Think Of The Future’.

Shall we talk about that quickly as well? It’s the album’s centerpiece, and possibly the greatest ever LC! song. A vignette of a destructive, hopeless relationship, Paisey offloads his worry about his other half’s eating disorder, her pill addiction, her want to be buried alive. He travels with her “Through all the Southern states / On every video games machine, they call her triple A”. After hearing “racists on the radio trying to give up smoking”, Paisey wonders where her political allegiances lie, before yelling the best line on the entire album: “You could never kiss a Tory boy without wanting to cut off your tongue again”. But after all this worry, all this turmoil, it’s the calming image of standing by a cliff, sea air filling your lungs, that stays with you as a listener. And as a teenage boy searching for an exit from angst-driven melancholy, it was this calming, cathartic image I needed to make me realise that, really, everything was ok.

For an album seemingly so inverse, Romance Is Boring helped me reconnect with several loves I had previously discarded: football and The Beautiful South. Both are key to this album, from Paisey’s assertion that he gives his life to ‘goals’ above anything else in ‘Straight In At 101’, to his reworking of The Beautiful South’s ‘bake phallic cake’ line in ‘Romance Is Boring’. Both had been loves I had shed whilst becoming a teenager, both because I thought they were uncool. Romance Is Boring let me redevelop those relationship, and made me realise that football and music complement each other in a more beautiful way than Oasis would like you to believe and that by digging into The Beautiful South’s back catalogue I’d not only realise how great ‘Perfect 10’ is, but also discover the makeup of my favourite album.

Overall, it was an album that made me realise that not all love is special, something that is neatly summarised at the end of ‘Straight In At 101’ (another Beautiful South reference): “I phone my friends and family to gather round the television / The talking heads count down the most heart-wrenching breakups of all time / Imagine the great sense of waste, the indignity, the embarrassment / When not a single one of that whole century was mine”. It showed me that beauty can be found anywhere, gave me lines to quote and cling to, and even now that I am “Twenty-three / Days tethered to the running track / Evenings chained to the dish rack”, I am still able to carry it with me, a comforting friend that reminds me we are not all doomed.

From Muse to Radiohead: Around the UK...