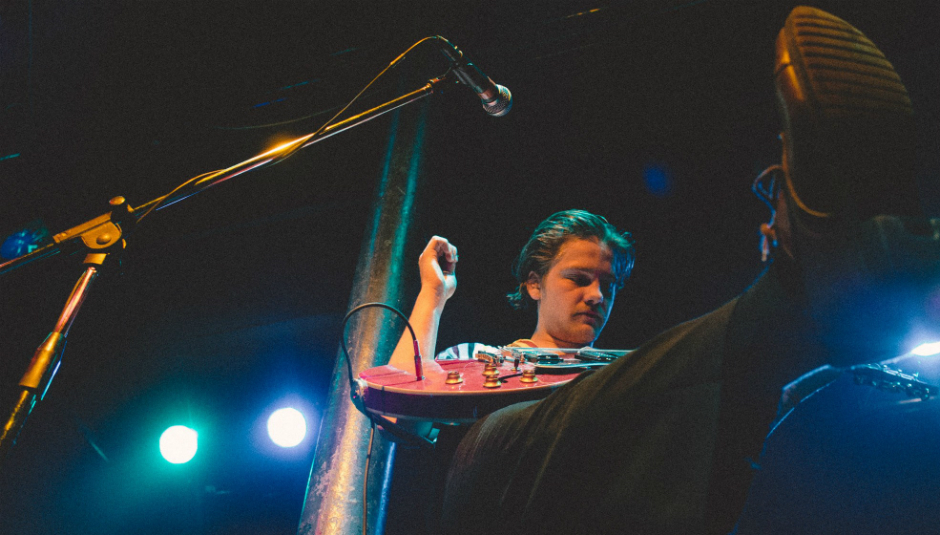 Northern and Eastern Europe in winter might not be the obvious location for a festival, but there are now a number of events spread throughout the darker months making quite a name for themselves. DiS has long been a fan of both Le Guess Who? and Eurosonic, but next month we’re off to the capital of Slovenia, Ljubljana, for the latest edition of MENT.

Part festival, part export office, the organisers have busied themselves over the last few years with not only putting together a world class festival and conference schedule, but ensuring that Slovenian artists and music professionals are invited to similar events all over the globe, and helping them with promotion, networking, and production. And while most of the names on the line-up won’t be familiar to the average music fan, the festival prides itself on the thrilling and diverse range acts scheduled to appear; not for the nothing has MENT become an essential, early-year stop for bookers keen to fill their own summer stages with the new and exciting.

Taking place – unusually – during the week, from Wednesday to Friday, DiS will be there for all three days and nights, sampling the sights and sounds of the event and the city. We’ve put together a Spotify playlist to showcase some of the artists playing, as well as picking out a few highlights not to be missed. Se vidimo tam!

This post-rock four-piece are already onto their fourth album, and it shows; they have a poise and polish that’s only attained by hard years spent playing. Mixing elements of shoegaze, math rock, and punk into pretty, melodic swirls, they sound like a more laid-back Foals, and aren’t afraid to dial down the intensity and reveal a more introspective side. Heroes who have carried the Slovakian flag far and wide, there’s sure to be a raucous crowd cheering them on.

A Serbian “superband” of sorts, whose members all hail from successful, established acts, Crvi deal in epic, widescreen indie and post-rock, the peaks and troughs of ‘Lažem I Kradem’ being a case in point. Hard at work putting together their debut LP, this is their chance to road test some of their more recent creations and demonstrate why they already have a loyal, devoted following in their homeland.

How can you possibly resist anyone who calls themselves a “Slavic gansta geisha”? The musical project of Kukla Kesherović, her glitchy, glacial, downbeat R&B and pop sounds part Gypsy, part Lady Gaga; haunting yet catchy, with more than a hint of the mystical. She performs with a live VJ as well, ensuring that her show is just as special as her tunes.

Listen to 'Bongoloid' by Goto80, and it's impossible not to be charmed. Chiptune - also known as 8-bit music - may not be the most expressive genre in the world, but that doesn't mean it should be dismissed asa mere gimmick. The Swedish artist, who is generally considered to be the most prolific chip music artist in the world, has elevated it to something more akin to an art form, and the complexity he achieves using such basic elements has to be heard to be believed.

The Sweet Release Of Death

There are times, when perusing a schedule containing a great deal of the unfamiliar, that a name alone is enough to pique interest and ensure one’s presence at the allotted hour; The Sweet Release Of Death is one such band. This Rotterdam trio are a noisy bunch, swinging between post-punk and more robust slabs of noise, all centered around singer Alicia Breton Ferrer’s anguished howls. Loud and proud, their music is as cathartic as it is intense, and following on from The Ills, will provide the second knockout punch of the night.

Of course, it's not all swirls of noise and bombast; there's plenty on the softer side for those who prefer the hushed and intimate. And nothing is quite as beautiful as Skopje-based visual artist Dragana Zarevska, aka Telemama. With a voice that's part Carla Bruni, part Najwa Nimri, it's the perfect compliment to her sparse, fragile songs which, while written with friends' living rooms in mind have made the transition to stage seamlessly.

Another clever concept with a clever name. If seeking out the unique and the experimental is your thing, then we suggest you head to Gala Hall for Oligarkh, who hails from - where else? - Russia. Against a backdrop of video collages of historical films and old TV clips, his mind-melting music aims to represent, and I quote, "dystopian realities of modern Russia through a spectacular audio-visual collision of Orthodox choirs, trap, Russian folk, hip hop, and bass music." If nothing else, it certainly won't be boring.

I first laid eyes and ears on Slovenia's own Domen Učakar, aka Lifecutter, at last year's Pohoda Festival. His set was a curious beast, taking place in a blacked out shed in the middle of the afternoon, the cool dark of the interior contrasting wildly with the blazing sun most were escaping. But his brooding, intense, industrial take on techno should be far more at home in the dark of the night and a proper club setting, meaning this should be the perfect way to round off Thursday night.

It's not just music that sets MENT apart from other events; they also have a two-day schedule of talks and panels featuring world leading figures from the music industry. Highlights this year include a keynote interview with Sub Pop Records head honcho Jonathan Poneman, an intriguing talk on "How To Be A Rock Star On Social Media", as well as a panel devoted to the tricky subject of navigating the world of music PR. And forgive us a moment of self-satisfaction, for DiS is hosting its very on panel on "Optimizing A Festival’s Line-Up". We'll be discussing diversity, gender equality, heritage acts v new bands, and "playing the hits" with Jean Luis Brossard (Les Trans Musicales, FR), Malcolm Haynes (Glastonbury Festival, UK), Mate Škugor (SuperUho Festival, HR), and Attilio Perissinotti (Home Festival, BPM Concerti, IT).