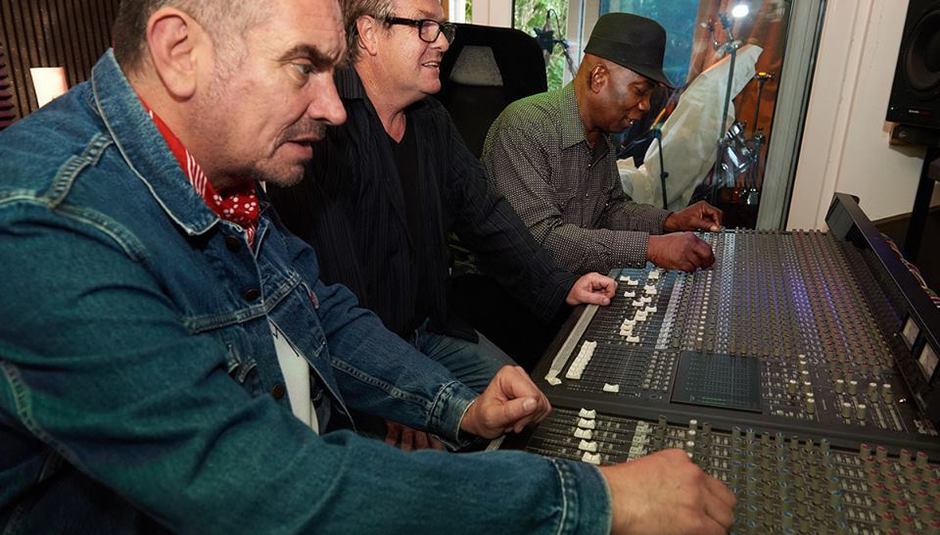 In our semi-regular feature around the equipment that some of our favourite bands use, Planet Gear, Gareth Sager of post-punk luminaries The Pop Group talks us through their collection of instruments and gadgets...

I am always accused of writing six songs inside one song.

Anyway, a song always triggers lots of other rhythmic and melodic ideas for me and I like to introduce these ideas in as many colours as possible. Almost all the instruments were recorded via direct input except ‘Pure Ones’ and ‘City of Eyes’, where I used two Fender twin reverbs for the guitars, and the keyboard I used on ‘Pure Ones’ was a really obscure Fender keyboard, the name of which I can't remember. It was owned by a member of Apollo 440. 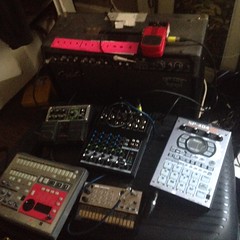 The great wah-wah guitar part was played using a Mu-Tron Wah (I wish I owned one but they are really vintage now and too pricey for me...this one belonged to Adrian Sherwood). The clarinet on that track is through a Coloursound Wah. I also always like to put keyboards through an effect, often a Bass distortion pedal. 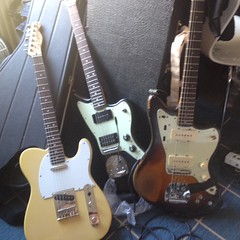 Most of the other keyboard stuff on the tracks was done on a Prophet-6 and Moog Little Phatty. Everything was always put through a pedal or two; I even used this really old school drum machine and processed it through the Roland SP-404, which is a great little toy that I use to get some really wild sounds. I played the violin through space echo recorded on my phone, then fed the back into a track much to Tuffwize’s chagrin (the engineer that worked with Dennis on his mixing sessions). 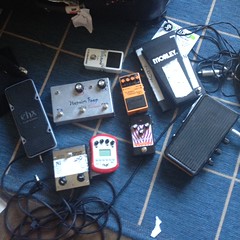 Working with Dave McEwen, who engineered the recording of most of the album, was a real pleasure. He works really quickly and never questions any ideas, however crazy and impractical they may be. It was his Eventide H9 that I got some of the guitars sounds from. The bass that I play on ‘Burn Your Flag’ was played through the Eventide H9; it gives it a really live tough sound. There is a version of ‘Days Like These’ with a lot more saxophone on it that may surface one day! 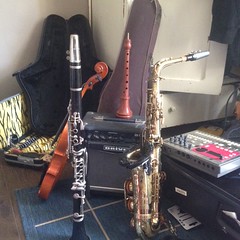 For more information on The Pop Group visit their official website.

"I try to avoid being too political":...