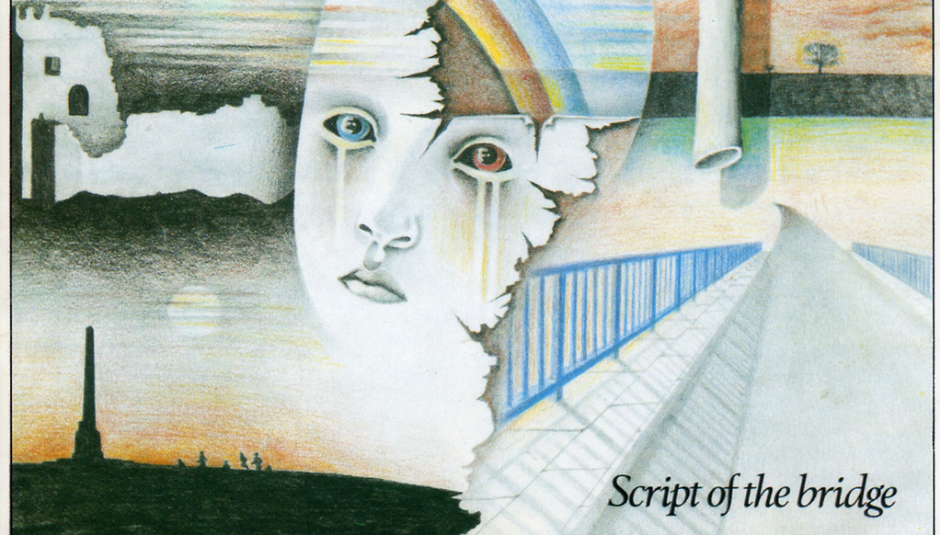 Contrary to popular belief (and a plethora of late night Voxpop nostalgia shows featuring Mark Frith) the 1980s were an incredible era for music. No, really. It was the decade where U2, The Cure, and Echo & The Bunnymen released a flawless body of work throughout its entire ten years. Where electronic music took over the mainstream. Hip hop broke through. Club culture took over the airwaves. Heavy metal threatened world domination and genuine innovators of the future Sonic Youth and My Bloody Valentine honed their sound to perfection. And I haven't even mentioned The Smiths. Music television was at its finest. Both the UK and American underground punk scenes were thriving. The printed music press actually had something to say and when they didn't, fanzines came to the rescue. The eighties were great. Don't let anyone try and convince you otherwise, particularly those that weren't there.

Another innovative and highly soon-to-be influential band to emerge from that period were The Chameleons, a four-piece hailing from the suburb of Middleton, just four-and-a-half miles outside the city of Manchester. Having formed in 1981, the band released their first 45 'In Shreds' on CBS Records the following year only to find themselves dropped after one single over alleged artistic differences between themselves and the label. While not exactly seen as the end of the world at the time - independent labels had been on the rise since the dawning of punk - for a band who'd already become firm favourites with Radio One DJ John Peel, there wasn't exactly a shortage of interest in signing them up.

Nevertheless, such misfortune seemed to dog them throughout their short career as a creative force. Having been picked up by Statik soon after, the band recorded their debut album Script Of The Bridge over a six-week period in Rochdale. With Statik being an offshoot of Richard Branson's Virgin empire, it wasn't long before label interference got in the way once more, and after Statik put out a reduced version of the record for the US market (only eight of Script Of The Bridge's initial twelve tracks were included on this release), the band spent the next two years trying to get out of their contract, eventually doing so at the tail end of 1985 after long awaited second album What Does Anything Mean? finally came out. Unfortunately, by that point they'd missed the commercial gravy train enjoyed by many of their peers from back in the day, yet continued to make exceptionally flawless music until splitting in 1987 after former associate-cum-manager Tony Fletcher sadly passed away.

However, its on the aforementioned debut that The Chameleons really left their mark. Not just on a decade that was blessed with opportunist mavericks rallying against the impending rise of Thatcherism and catastrophic recession her reign bestowed upon the nation, but also in years to come, with many artists such as The National, Interpol, Slowdive, and Fews citing them as an influence on their own careers. Indeed, it's debatable whether Turn On The Bright Lights or Boxer would have existed in their present forms without this record. Released in August 1983, not only was Script Of The Bridge ahead of its time back then, it has also managed to remain fresh and relevant ever since.

What's most distinguishable about The Chameleons is undoubtedly the dual layered guitar sound exerted so masterfully by Dave Fielding and Reg Smithies. As main songwriter, singer, and bassist Mark Burgess told DiS in April 2014, goth and what became the archetypal post-punk sound didn't exist at the time. Indeed its questionable that without The Chameleons it ever would have done. They were unique in every conceivable way, which probably didn't do them any favours from a commercial perspective. Certainly that and their ongoing battles with labels both old and new, and their reluctance to play the game in courting London, went some way towards alienating the more influential elements of the press who continually ignored them, choosing style over substance like capital based poseurs such as Blue Zoo instead.

Opening with a sample of dialogue between actors Peter Lawford and Nella Walker taken from the 1946 comedy Two Sisters From Boston, that quickly gives way to the driving guitars and regimentally orchestrated rhythm accompaniment that would become The Chameleons signature sound. As introductions go - and for many this would be their first listening experience of the band - it doesn't get any more intense than 'Don't Fall', essentially four minutes of melodic fury, Burgess at one point enquiring "How did I come to be drowning in this mess?" Even today it stands as a blueprint for many guitar bands inspired by punk's aftermath, the point where the first wave's nihilism succumbed to textured melodies and thought provoking lyrics.

'Here Today' follows a similar path with Fielding and Smithies increasingly familiar guitar work leading into a song that depicts melancholia and loss ("Somebody lost their mind tonight") albeit via a deceptively uplifting musical arrangement. Two epic pieces clocking in at a total of just over twelve minutes come next. Both 'Monkeyland' and 'Second Skin' became staples of the band's live set throughout their career (and still remain pivotal to Mark Burgess' Chameleons Vox shows); the former in the shape of its slow building verses and immediate chorus ("I have to know what is real and what is illusion"), the latter instantly recognisable thanks to its structural similarities to William Blake's 'Jerusalem' hymn. By this point only a third of the way into the record, The Chameleons have already demonstrated both a panache for complex songwriting yet also an immediacy at delivering their wares in an easily digestible format without resorting to pretence or unnecessarily glib references.

Lead single 'Up The Down Escalator' and the pensive 'Less Than Human' wrap up the first side of the record. "I lost my direction while dodging the flack" sings Burgess as the record's most instantly accessible number bursts into life. Released as a 45 on New Year's Day 1983, it rivals U2's 'New Year's Day' or 'Fire' as one of the most anthemic rock songs of its time, yet unlike those or its predecessor 'In Shreds', failed to bother the official UK singles chart. 'Less Than Human' on the other hand finds Burgess in a more reflective mode, declaring "I must have died a thousand times" while Fieldin'sg and Smithie's accustomed layered interplay works its magic in the foreground.

Side two of the album opens with the lugubrious 'Pleasure And Pain' before 'Thursday's Child' takes the record back into more pastoral waters as guitars duel against a backdrop of John Lever's thundering drumbeats and inquisitive wordplay ("Where are we each and all?"). If the previous year's inaugural release 'In Shreds' became a prototype for the impending "goth" movement that followed, this demonstrated their ambitions were geared towards stadiums rather than dingy basement clubs. 'As High As You Can Go' and 'A Person Isn't Safe Anywhere These Days' inject a more optimistic sheen into side two's overtly wistful core. Both were released as singles and, once again, although neither attained the commercial recognition they deserved, they remain shining examples of the foursome's seemingly effortless ability to write dizzying leftfield pop songs with consummate ease.

'Paper Tigers' and 'View From A Hill' bring Script Of The Bridge to a desolate close. While despairingly bleak in lyrical content ("Feel myself falling to the ground / Solitary silence there's no sound") there's a distinctive feeling its creators' demons have been cast aside by the time 'View From A Hill' eventually subsides. Its mysterious and elongated ending segment opens the door to a brighter, braver new world which should have been theirs for the taking. That it wasn't can be put down to a catalogue of bad luck and being in the right place at the wrong time.

Four years later, The Chameleons were no more, and after reforming in 2000 and even putting out a long-awaited fourth album (Why Call It Anything?) the following year, the acrimonious wounds of the past never properly healed resulting in 2003's inevitable parting of ways once more. Three of the band are still making music; Burgess with his Chameleons Vox line-up which, despite criticism from some of the band's diehard followers, are actually a tightly efficient musical unit and the nearest many of us will ever get to seeing The Chameleons of yore in action, while guitarist Dave Fielding and drummer John Lever released an album last year as The Red Sided Garter Snakes.

While highly unlikely all four members will ever share a stage again, The Chameleons legacy remains firmly intact, and without Script Of The Bridge, those post-punk musical excursions might have followed an entirely different path altogether.

For more information on The Chameleons visit their official site Home Is Where The Heart Is.

The Orb's Track By Track Guide to COW...