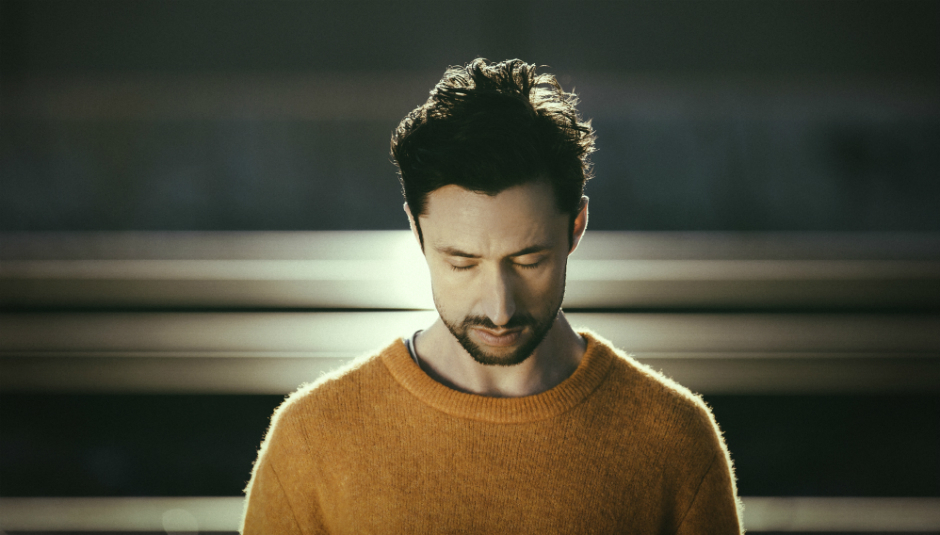 "For me, it’s easier to indulge sad passions": DiS Meets How To Dress Well

"For me, it’s easier to indulge sad passions": DiS Meets How To Dress Well

I call Tom Krell – otherwise known as How To Dress Well – early the first morning after a long period of rehearsals. He is audibly hungover and tired. He asks me to give him a second to “get to a chill place” before we get started. During the next minute or so of silence, it’s unclear if he meant that he has gone off to find a quiet room, or if he needs to access a suitable frame of mind.

Tom is one of the most thoughtful subjects I have ever interviewed. Few artists have such a strong sense of the relationships between songs on their own albums – how they form an arc musically, and how they resonate with each other thematically; motifs, concerns, and licks echoing across an entire discography. If you’re lucky enough to talk to him about his output, he cites his lyrics and songs as if he’s developing a thesis on his own work.

Care is Tom’s most fully realised album to date. He’s discarded the tropes of his early records; the lo-fi delay and decay have given way to huge, round, colourful production, destined for radio and stadiums. At its centre remains its vulnerable, honest, complex emotional core. Over the phone – as he prepared for a long tour and the album’s release – we spoke about the concept of care, self-examination, and sex-positive jams.

DiS: Care is probably your most relaxed and happiest album. It sounds like you recorded it in a really good place.

Tom Krell: Weirdly, my life is a shambles. I’m definitely in a real transitional place. To a certain degree, for me, it’s easier to indulge sad passions. It’s harder to be happy.

On the one hand, Care sounds more laid back, but that takes a lot of labour for me. I wanted to try – in life and in music, over the last two years – to be committed to pleasure and joy. Not because I’m in the throes of a huge amount of pleasure and joy, but because I want to be committed to it. I thought it was courageous to try something that was staccato and colourful rather than fuzzy and slightly morose.

It’s interesting to hear you say you’re in a transitional place, because transience still seems to be a really prominent theme in your work. ‘Lost Youth/Lost You’ sounds almost like a sequel to something like ‘Repeat Pleasure’.

On a song like ‘Salt Song’ – and that to me is the spiritual centrepiece of the record – I’m certain that it’s difficult to be happy, and that desire only desires desire, not an object, so you have this melancholic structure. But there’s also the possibility of a relationship with oneself, and to others through care. That changes the tenor of it. It’s admitting I want to honour my heart through all of that, and not just be “well, fuck it”.

Your songs have always had a lot of reflection and self-examination, but it sounds really amplified on Care. There’s a few songs where you refer to yourself by name, and ‘Salt Song’ has a chorus which reflects on the act of singing the song, while singing the song. It has these almost meta-elements.

That’s the whole record. The record isn’t ‘about’ care. It’s an enactment. It’s a laboratory where I was trying to do the self-discovery about what it would mean to be more caring to myself and others.

The references to me by name felt like ways in which choruses change as I learn something in a song. It’s very rare in music that a chorus happens, and a second verse happens and the singer learns something about what he or she was describing in the chorus, and then the chorus changes to reflect that. I tried to incorporate that into the song writing.

I didn’t really start out thinking about anything, but then I realised that word was cropping up a lot. It wasn’t really a word I was thinking about. In a number of ways, the record is about self-care. Just because art is so personal still, but then there’s different levels of care of others: direct, one-to-one, person-to-person care which you get in something like ‘Time Was Meant To Stay’.

And then there’s the possibility of care, like in ‘Anxious’. That song is interesting to me because, formally, it’s so pop, but it’s so anti-pop. It’s so philosophical, and about how a lot of different contemporary pressures on artists – and people in general – are so counter to development of a centred craft and focussed practice. But it’s all real. “I had a nightmare about my Twitter mentions” – I actually did.

What did you dream?

I noticed that this album has quite a few references to plants, and I thought that was an interesting motif on a record so focussed on the idea of care.

The true sense of the word is just ‘nurturing for growth’, so it’s really clear to see what care looks like in the case of plants. To nurture a plant for growth versus nurturing a reciprocal adult relationship for growth – it’s very difficult to do the latter, whereas it’s relatively easy to do the former. It’s funny, I hadn’t really noticed that, but it’s definitely a baseline metaphor for care. And then everything kind of folds out from there.

I also like the idea of treating myself more like a plant. That feels helpful. Nurturing myself for growth in basic ways. Whatever the human equivalent for watering a plant is, allowing that to be just as central and important as the so-called grand events of life.

Last time we spoke, we talked about Alice Munro a lot, as an influence on you at the time. I’ve been an avid listener to your Spotify playlist charting your musical influences on this album, but were there any literary influences too?

I just read this book The Faraway Nearby [by Rebecca Solint] which I thought was really beautiful. In some ways, it’s definitely been consummate with what I’ve been thinking and feeling. Out of sheer boredom I read the Elena Ferrante books. They didn’t really influence me, I was just like “I have to do this”. Didn’t really like them very much.

For what it’s worth, I think the thematic lyrical inspiration was way more internal, and just listening to myself being like: “You think about sex all day, every day, and you haven’t really written a lot about sex”.

It’s a very sexual record. And the writing about sex is some of your most direct writing ever.

When I started work on ‘Can’t You Tell’, I realised that it was quite a sexy song, so I was like: “What’s going on in sexy music?”

It’s so weird that there’s such a virgin-whore dichotomy where on the one hand, on the radio, you hear songs about love and grace and tenderness, and there’s no sex in those songs. There might be making love, or something, whatever that means, but no sex. The counter to that is the stuff that’s like: “So fucked up at 5 in the morning, let’s have –sex_, and it means nothing because sex is shameful and guilty”.

It occurred to me that I have always wanted to see a song out there that was sex-positive, describing sex in a consensual way, but also in a muscular, aggressive, and wet way – which good sex is. And also a song which didn’t separate the body out from the spirit.

When you fall for somebody – or when I do – sometimes it’s just the way they talk, or the way their face looks. Marketers want to convince us that our sexual attraction is linked to handful of body parts with a very specific look. But that’s just not how it goes. I wanted to write a song which combined all of these aspects of sex in a fully developed way – real sex, based on consent and care.

Care is out now on Domino Records. Read the 8/10 DiS review here. for more information about How To Dress Well, including upcoming tour dates, please visit his official website.