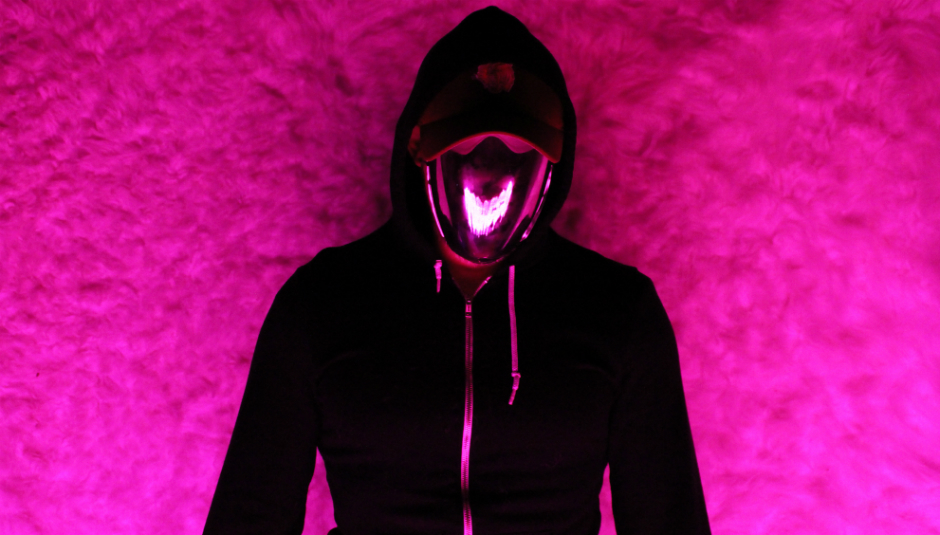 Over three albums, Thomas Fec has honed his weird, left-field synthpop into something dark and other-worldly; by turns enchanting and disturbing, the way he employs technology reflects his skewed outlook. "Moldering electro-fied dirt" he calls it, and there's really no other option than just to dive right in and let your ears and brain grapple with his music. Sweatbox Dynasty, his latest odyssey, is out today, and who better to guide you through the madhouse than the great man himself?

It had to be first track because it picks up where the last album, Ultima II Massage, left off. The big gong was too beefy for this song so I had to downsize to the medium gong. It’s one of those songs that can be relaxing or intense, depending on your mood; that kind of became one of the goals for the rest of the album.

This one might seem like an interlude because it’s so short, but I don’t like interludes. Along with a couple of others on here, it just felt like the right length. Get in and get out! It’s the first one to play around with timings, too.

Sounds a lot meaner than it is.

This is the song that gets you to buy the album and then when you put it on you’re like: “Why the fuck did I buy this??” False advertising. I like to ruin the stuff that sounds anything like pop, but this one was too smooth so I let it be. It was also the first one written, and that was pretty much as soon as I turned in the last album. The first one after you close a chapter like that always comes strong because it’s not tied to anything.

My first idea for this album was that it would be a straight up slime funk album, and this was like the prototype. I still might do that. I picked this song to be the one I would come back to at least once every week to add a new part and the rule was that everything had to be used. I could’ve kept going, but anything over 3 minutes is jazz prog.

This is the song that made me realize I didn’t have a slime funk album. Even when I’m not trying to make songs, I’m searching for the greatest riff, and this might be my favorite one I've written. I wish I was the bassist in this band so I could play it live. It could be the heaviest song I have, or because of the mixing, it could be really relaxing. You decide!

I guess this is my version of a soul song. Maybe 'Gods In Heat' is too. So many parts written, so many left out of the final mix. What a dick move!

I knew from the moment I finished this that it would be the song most people either skip or just wouldn’t leave much of an impression within the context of the rest. It acts almost like a palette cleanser because of where it’s sequenced, but it will hopefully present itself over time. I’m really happy with this mixture of sounds. I couldn’t make this particular grouping of sounds work anywhere else.

Another non-interlude that plays with time. It’s like all of the sounds from commercials and radio when I was a kid, distilled into this little radioactive shit brick. This song had no chance of being expanded because that would just kill it - song length does not equal depth. When I didn’t know where this was gonna end up, I sent it to a vocalist friend who was like: “What the fuck am I supposed to do with this?”

Just because I don’t always feel like writing beats anymore doesn’t mean I still can’t make you wanna put your hands in your mother’s face. Some day when I stop loving sound so much, I’ll calm down and make a beat record and then I can fit in.

Another one from TJ’s book of riffs. Not a lot of editing - mainly straight first takes. It was a really fun song to write and happened really fast. It embodies the immediate feel I wanted from this album. All of my albums so far are like song, song, song, song… but this one should feel more like running through ideas without taking many breaks at all.

Let's Get Worn Away

It’s arranged in a way that makes a lot of sense to me, and since I released this for people to hear, I hope not too many are turned off by it. It’s almost another soul song in that it centers around that vocal and, as a bonus, it has another one of my favorite pieces from TJ’s book of riffs. Go in with an open mind.

TOBACCO's Sweatbox Dynasty is out now on Ghostly International. Read the 7/10 DiS review of the album here.

“We invented this weird language of w...