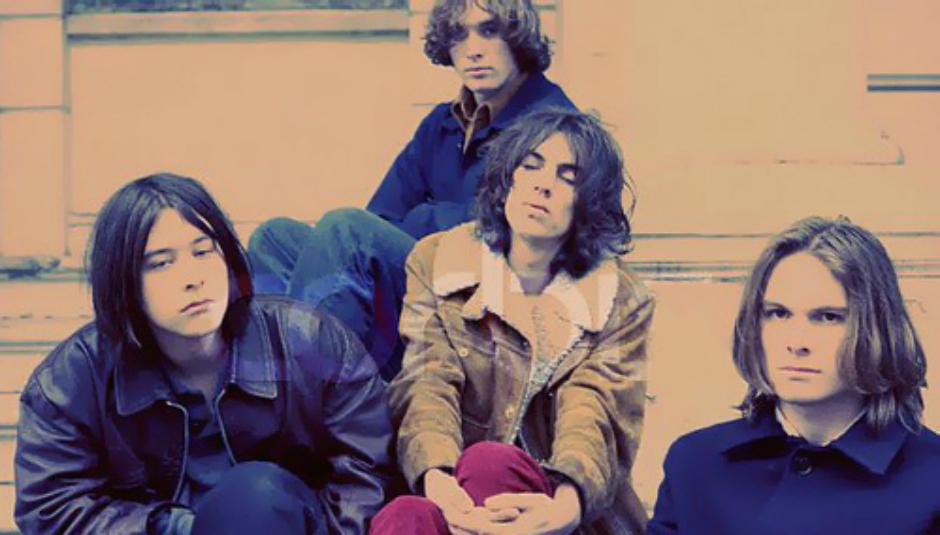 Why A Storm In Heaven Is The Verve’s Masterpiece

Why A Storm In Heaven Is The Verve’s Masterpiece

When news emerged that The Verve’s first two albums, 1993 debut A Storm in Heaven and 1995’s A Northern Soul, were being remastered for release on the 9th of September, it should’ve been top billing on every hourly news broadcast. Annoyingly, no outlets chose to report the greatest news since Robot Wars’s triumphant return. Thanks to their philistinism however, they gave me this opportunity.

A new generation of rock and rollers unaware The Verve are more than just that song will get the chance to hear the most extraordinary cosmic voyages perpetrated by man, repackaged and freshly polished. The reissues arrive the same year of Richard Ashcroft’s enjoyable but tepid comeback These People. As those familiar with the two albums know, he hasn’t always been a peddler of pedestrian ballads, dancing self-righteously in front of defenceless cameras. Whereas A Northern Soul has been rightly lauded for its coherent blend of psychedelic storms and plangent balladry, exemplified by ‘Stormy Clouds’ and ‘History’, A Storm in Heaven hasn’t received the fawning treatment it deserves.

Like my spirit animal Rob Gordon, John Cusack’s music-obsessed character in 2000’s High Fidelity, I make copious amounts of lists; top five songs under two minutes, top five basslines, top five top five ever, the lists go on. The top five albums in whose names I proselytize are The Stooges’ Raw Power, The Jesus and Mary Chain’s Psychocandy, The Beat’s I Just Can’t Stop It, The Gun Club’s Miami and The Verve’s A Storm in Heaven. A Storm in Heaven is the dark, mysterious stranger of The Verve’s discography. As drugs and creative differences eroded the band’s professional and personal relationships, they upsettingly exiled themselves from their debut’s inimitable personality. It became forgotten as fewer songs featured on set lists dominated by tracks from A Northern Soul and 1997’s Urban Hymns. Although their most successful album, selling over 1.3 million copies in the United States alone, Urban Hymns is mundane by comparison. Yet somehow it possesses their legacy, obscuring their more esoteric and spiritually invigorating work.

Recorded at Sawmills Studios in Cornwall over seven weeks with mercurial producer John Leckie (The Stone Roses, Elastica), the band created a record that almost makes me believe in God. Former Oasis chief Noel Gallagher, a close friend of Ashcroft, has described the frontman as ‘Captain Rock’ and his bandmates as ‘space cadets’. When the opening lines of ‘Star Sail’ emerge from McCabe’s space scree, “Hello it’s me / It’s me calling out / I can see you”, you can see what Gallagher means. Simon Jones and Pete Salisbury, two halves of a gifted rhythm section regulating the tides of delay with voluptuous grooves, are our life raft upon which we drift under McCabe’s abrasively graceful squall. The following nine tracks shift beautifully between astral savagery on ‘The Sun, The Sea’ and celestial melancholy of ‘Beautiful Mind’. The epochal majesty of the latter track’s opening chords has not been replicated since.

Astral savagery and celestial melancholy collide rapturously on ‘Already There’, the album’s centrepiece. ”If trees cut stars and eyes to heaven / I’ll bend them back I’ll bend them again”, Ashcroft intones before an outro sounding like the musical equivalent of the Book of Revelations. McCabe creates a vortex of light and fire, inducing fevered ecstasy as feedback elevates Ashcroft’s tortured cries to the stratosphere. The greatest music convinces you that you can do anything; it brings you closer to the natural world, the chords channelling the simple joy of star-bathing under an ocean of constellations with no vomit orange glow on the horizon. ‘Already There’ does just that. Plumes of serotonin well-up every time the incandescent crescendo approaches, before dissipating elegantly, leaving the listener exhaling at the climax of the most profound eargasm ever.

Ashcroft’s solo career is a rich harvest for lyrical embarrassments, but on A Storm in Heaven the clash between his self-doubt and the band’s panoramic soundscapes provides us with opportunities for self-examination. McCabe’s transferral of ideas nurtured within to without, married with Ashcroft’s withdrawal from outer into inner space, gives untold pleasure. ”Hey my friend you’d better leave now I’m gunna go my own way / You said I suffer from inner frustration”, he breathes on ‘Make it Till Monday’, a psychotropic trip awash with reverb and self-loathing. ”Conceived in a cold dream I was a crease in the shirt that this world wears”, he wails on ‘Blue’, expressing the start of a transition from insignificance to relevance over scraped knee chords. ”I like the way it was / Hate the way it is now”, he croons on twilit lament ‘See You in the Next One (Have a Good Time)’, eliciting beautiful poignancy.

Reissues and Best Ofs are priceless portals to deceased bands buried under repugnant sewage like James Blake. The sounds explored on their first two albums are The Verve’s true form, the intuitive sound with which they should be identified. Their legacy hasn’t been helped by the hegemonic Urban Hymns, which, though enjoyable, lacks the inventiveness of their younger material. If there is any justice, and we all know there isn’t, the reissues will spawn a thousand new bands full of people hoping to imbue others with the similarly life-affirming sounds. From Genesis to Zion, A Storm in Heaven coaxes sensations from the very core of our being that ripple outward, electrifying every pore and bone. Their contemporaries could only create noise that evaporated dismally from without. The least you can do is buy the reissues, immerse yourself in the previously unreleased studio tracks and B-sides, and allow Ashcroft, McCabe, Jones and Salisbury to transport you to a place free from anxiety and suffering.

The Verve‘s first two albums, 1993’s A Storm in Heaven and A Northern Soul from 1995 will both be reissued by Virgin/EMI on the 9th of September as multi-disc super deluxe edition box sets, along with gatefold vinyl editions.