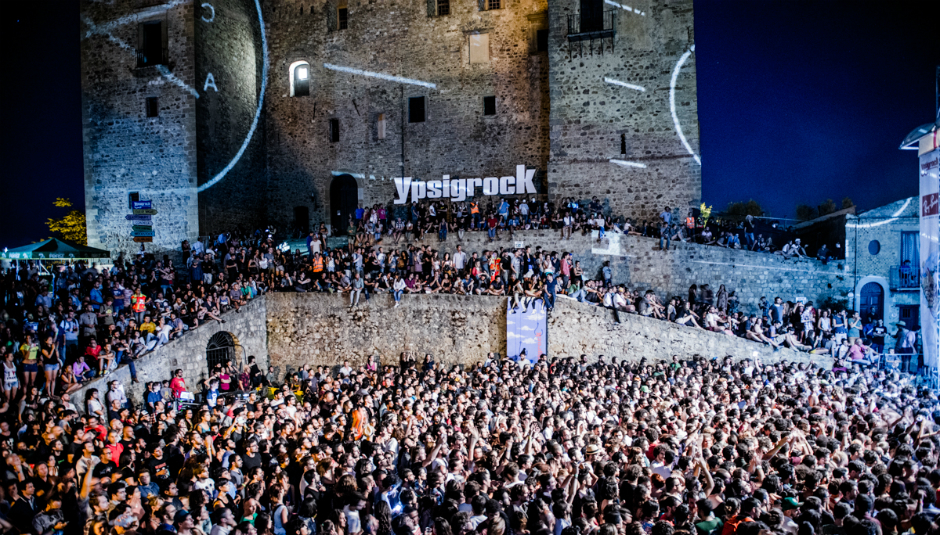 With the proliferation of festivals and music events over recent years, too many have become faceless, corporate jamborees held in non-descript fields in the middle of nowhere; the only way to tell them apart is to look at the branding scrawled over the flags, stages, and food trucks. But not Sicily’s Ypsigrock Festival. Now in its twentieth year, it has as a backdrop the majestic mediaeval castle of Castlebuono, in the shadow of the Sicilian Mountains, with various stages and venues scattered throughout the town. A forward-thinking event, it may be small, but it’s perfectly formed, promoting the best of Italian indie-rock alongside acclaimed, international acts.

Having hosted the likes of Local Natives, Future Islands, and Metronomy in previous years, the 2016 edition boasts no less an eclectic line-up; from the visceral, scratchy electronica of Crystal Castles to the expansive indie-folk of Daughter, and from the searing, ferocious post-punk of Savages to the wild, troubadour soul-tales of Willis Earl Beal, there truly is something for everyone. With a 3-day pass being extremely good value, national parks and beaches nearby, and a wealth of culture to explore, a sunny mini-break never seemed so enticing.

More information, including ticketing and camping details, can be found here

“I wrote these songs and I want to do...