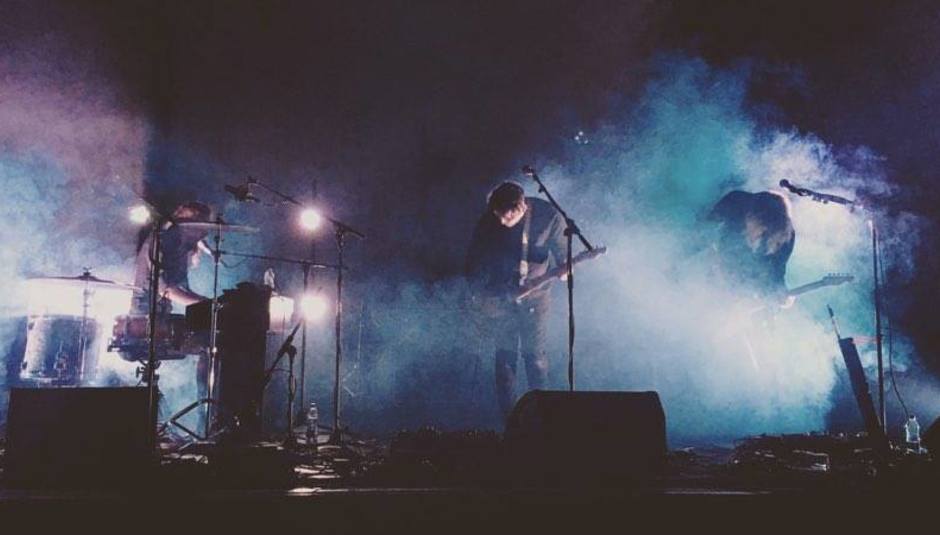 So the tenth Great Escape has been and gone. Those of you who were there will be looking back fondly at the long walks between venues, the spitting sunny rain, the running time clashes, and the amazing music. Here's what DiS writers Nick Roseblade and Dom Gourlay learned at 2016’s Great Escape…

T is for The Line Up

This year’s Great Escape was chock full of the kind of music that makes you proud to stand in line and wait for a performance. Bands like Songhoy Blues, Oh Wonder, Stormzy, Mystery Jets, Temper Trap and Jagwar Ma, The Invisible, Chastity Belt, and the Jam Tarts Choir - it was enough to start salivating like Pavlovian dogs. (NR)
T is also for tenacious. Which is exactly the word I’d use to describe Holy Esque’s heartwarming performance on Friday night in the Green Door Store, which is full to capacity for the duration of their set. (DG)

H is for Hype Bands

As with every year, there were hype bands with long queues who delivered very little in return. There were exceptions of course: Fews delivered a set full of future classics and proved why all the praise levelled at them is justified. (NR)
While on the subject of hype bands, it’s probably worth, mentioning Let’s Eat Grandma – two teenage best friends from Norwich barely out of school. The queue stretching through the upstairs room at the Latest Music Bar out onto the street probably tells its own story, as does the fact that by the midpoint of the set the room is half empty. As a spectacle – the duo skip around the stage, play hide and seek under the table housing their electronic set-up every now and then before customary playground handclap games take centre stage – it’s one of the most memorable witnessed all weekend. However, musically they’re still a long way away from justifying the hype. (DG)

E is for Electronica

As well as traditional guitar bands, the line-up was full of musicians that peppered their sets with electronic elements. Red Axes, who closed TGE at Patterns typify this – their glam glitch remix of Norman Greenbaum’s classic 'Spirit in the Sky' had to be heard to be believed! (NR)
E is also for exciting. And there’s plenty of show stopping moments to be excited about here. Like Meatraffle’s all too short but incredibly sweet mid-afternoon slot in the Marlborough, or Field Studies’ mesmerising coming of age performance at the Fiddler’s Elbow on Saturday teatime. (DG)

G is for Getting Blown Away by Something Unexpected

One of the best things about festivals is getting in early to see someone and catching the end of something totally unexpected. TGE is tailor made for this. Go March were one such band. This Belgium trio made an incredible hybrid of kraut-rock, drone and indie pop. (NR)
G is also for grumpy bouncers, like the aggressive one who wouldn’t let anyone onto the pier on Friday night for Eagulls including their label and management, only for people leaving Horacios where they were playing insisting the room was only half full. Employ some people friendly doormen next year please. **(DG)

R is for Rap and Hip-Hop

Urban music was well represented at this year’s TGE. Loyle Carner proved again why he’s been tipped for greatness. Big Heath put on a flawless show at Pattern’s that defied belief, but the main start of the weekend was Elf Kid. Performing at The Albert as part of Earth Agencies night, he showed what grime and UK hip-hop should be! (NR)
R is also for running late. And with so many acts to fit into so little time, it’s inevitable that some stages run later than scheduled, which is both frustrating for those well made plans to see as much as possible not to mention for the artists themselves. (DG)

E is for Eyre Llew

Having overcome sound problems on Thursday night to open Drowned In Sound’s stage with a pulsating set of ambient post-rock, we spot Eyre Llew at regular intervals over the course of the weekend watching bands, supporting their fellow East Midlands artists and generally making a name for themselves as good eggs in an industry rife with lizards. (DG)

A is for the Alternative Escape

This year’s Alternative Escape was rammed full of brilliant up and coming bands that will be part of next year’s main programme. Local bands like Morning Smoke, Post-Heather, Guerraz, Dream Wife showed why Brighton’s local scene is gaining attention for being one of the best in UK. (NR)
A is also for Amber Arcades, arguably the most exciting signing to Heavenly Recordings’ pretty much flawless roster in over a decade. Both of their sets here, at the Latest Music Bar on Thursday and Komedia on Friday afternoon are rapturously received by audiences singing along to every word of every song despite their album not being out for another fortnight. Channelling the future pop, krautrock sensibilities of Broadcast and Stereolab with a distinctive style of their own, they’re a captivating presence and one that keeps on improving with every subsequent show. (DG)

T is for Tiny Venues

T is for tiny venues, but as those of you regular gig goers will know, the 'toilet circuit' as its come to be known has been responsible for some of the most historic moments in rock and roll’s chequered timeline. (DG)

E is for the Endless Possibilities

Each day was filled with endless possibilities due to the strength of the running order. Where else in the world could you watch an up and coming group followed by some blistering electro pop only to go next door and see some traditional folk? (NR)
E is also for ending up at the Queens Hotel, which seemed to be par for the course every evening. Home to the good, bad and downright hedonistic of the music industry. What happens in the Queens stays in the Queens. Or so I’m told. (DG)

S is for the Spiegeltent

The Spiegeltent is one of those venues that harks to the past, while playing contemporary music. Stepping insides its wooden and mirrored walls was like stepping back in time to when PT Barnum would have come to town. Only now it was showcasing French indie pop, roots rock ‘n’ soul and classic singer songwriters. (NR)
S is also for the Sallis Benney Theatre, a new addition this year to The Great Escape’s ever expanding list of venues. As well as playing host to Drowned In Sound’s showcase event on Thursday, it also witnessed exemplary performances from Meilyr Jones and Money later in the weekend, while proving to be one of the festival’s most popular venues with both bands and punters alike. (DG)

C is for Canada

All weekend the Green Door Store played host to Canadian Blast. The smell of bacon and maple syrup permeated sets from Nap Eyes, Wake Island and Coleman Hell. (NR)
C is also for clashes, and at an event like The Great Escape not to mention its alternative sister event with over forty stages to choose from there’s a multitude of big decisions to be made throughout the weekend. (DG)

A is for Another Long Walk

The only real gripe with TGE is that if you wanted to see bands in The Green Door Store and then go to the Concorde 2 or Horatio’s you were either go to have to get a taxi or walk. As you made that trek two things came to mind. Firstly will it be worth it and second what am I missing while walking? (NR)
A is also for All You Can Eat Buffets, and Brighton has more than its fair share. Which is just as well because the unlimited plates of pizza, chips and salad are just what the doctor ordered when confronted with three intensive days of relentless booze and bands. (DG)

P is for Pysch

During the weekend you’d be forgiven for thinking that the festival should have been called The Psych Escape. On almost every bill there was a new and exciting psych band to check out. K-X-P who merged their sound with drone elements and trippy visuals were a must see. (NR)
P is also for Pauw, whose mind-melting mix of prog, psych rock and general experimental weirdness makes for one of the most delectable experiences of the festival. (DG)

E is for the End

When Sunday morning started to dawn and you realised that you were leaving your last show of TGE there was a pang of sadness. Yes it had been gruelling and at times a war of attrition, but it was one of the best three days of the year. (NR)
E is for expectations. So when certain performances and exceed them, like Fews impeccable set in the Hope And Ruin or Jagwar Ma’s incendiary finale at the Corn Exchange it makes The Great Escape all the more worthwhile. (DG)

Dandys Rule OK? The Warhols do the do...

In Photos: The Joy Formidable @ Rescu...