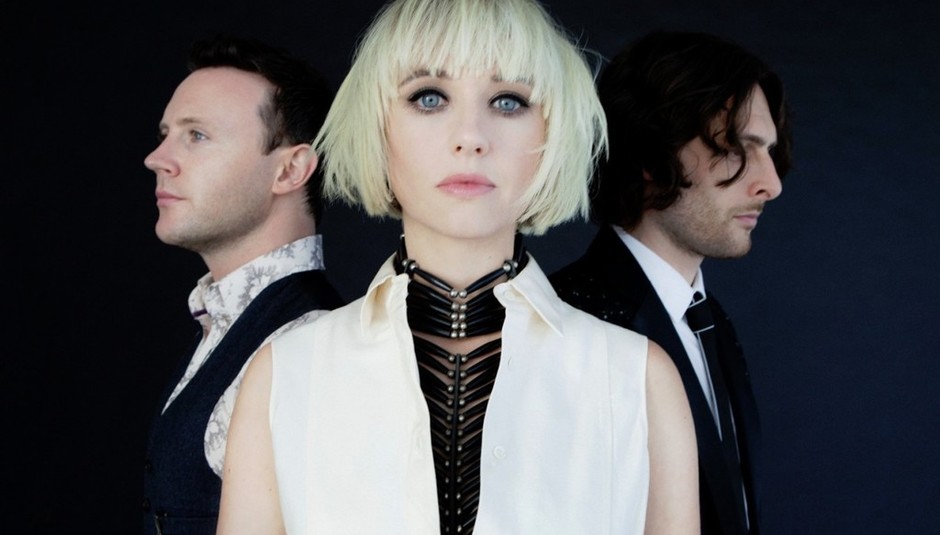 "An album about love but not about a breakup...": DiS meets The Joy Formidable

"An album about love but not about a breakup...": DiS meets The Joy Formidable

It seems that not a whole lot of stock goes into the creation of band names these days. Most of these offshoots seem to be either the unimaginative leftovers from decades of esteemed musicians, or, some sort of ridiculous irony that only makes sense to the players themselves. However, The Joy Formidable so expertly describes the three-piece set from Wales that it smacks of pre-ordinance or fate. For the unlucky majority who have never seen the band play live, a quick Youtube excursion will reveal that very few artists glean as much pleasure from playing music.

Amid the Twilight soundtrack guest spots, kissing on stage, and overall rise in stature, The Joy Formidable have steadily emerged as one of England’s most well-respected bands in the last decade. And while lead singer Rhiannon “Ritzy” Bryan still hasn’t seen Twilight, and her relationship with bassist Rhydian Dafydd is no longer, along with drummer Matthew James Thomas the band is exhibiting no signs of slowing down. Even more exciting, she recently took a break from her hectic schedule and continual rise to superstardom to speak with us.

So I just heard that you guys are going on tour?

Yeah. A lot of artists complain about the touring process, but I love being on tour. Making the album back home was such an rewarding experience and altogether a great record to make. It can be kind of unsettling to be in any place for too long. It can be such an insular experience recording. But on tour and at shows there is nobody but you and the people that bought the tickets. It’s such a dynamic, truthful exchange between the artists and fans.

What’s it like being on the road so much?

It’s really a great life. It’s great getting the chance to travel and of course meeting new people, As an artist, I’m always really just trying to stimulate something in our listeners. I don’t care if it's a positive or negative reaction. I just want to challenge them and for them to be fucking be awake. Truly in the moment. In the age in which we are living we can only control so many things. Nobody how we record our records or the new technologies that come along, you can’t replace the live experience.

I recently read Hunger Makes Me A Modern Girl by Carrie Brownstein of Sleater-Kinney. There is a section where she talks about people always ask her what’s it like to be a successful rockstar while being a female. Do you ever feel like the industry treats you differently because you’re a woman?

Starting off, I’m an opinionated asshole. The problem when you’re a female what’s come before you, in terms of conforming people thinking you should conforming to, anything outside comes outside of these. A couple of label people in early days told me “Ritzy should be more like this” or “Ritzy should look more like this.” How about being yourself, being truthful in your style? All that stuff is fucking boring. You’ve got to be strong, you’ve got to have to a lot of layers of skin. If you’re not loving the music the other stuff can really fuck you up. It can be tough sometimes but you’ve got to laugh, ignore the rest of it. Stand up for things. I’ve always been of the mindset to let the music do the talking, whatever your opinion is.

For Hitch, you guys decided to do the bulk of the recording back home in Wales. What was the experience like?

It was great. For us it was almost like coming full circle to where the band began. Living on the road and being out for six years without much of a gap, obviously a lot has changed not only in our surroundings but our maturation as a band. Obviously, this was the first record without us being a couple, so we just felt like we needed to go somewhere familiar. We actually wanted to throw ourselves in a closed confinement, pull the shutters down, and say “let’s make a fucking record.” Once the touring stopped, we all took a collective breath and said we need to get in the recording room. Go back to what’s fucking important, you know? I think we were bored with some of the bullshit, some of the business side of it. It can all be fucking boring. We needed to disappear for a while.

What is like recording while dealing with the breakup?

People will try to make it what they want, but Hitch is definitely not a breakup album. It’s going to be different for everyone. A different outcome, a different experience for everyone. It ended up being a positive thing for us. Obviously there are changes. We’ve been together for over a decade, so it takes a minute to readjust, really embrace the change and get into a better place. At the end of the day it’s all about friendship and music, and that hasn’t ever come into question. We’ve always been stable no matter what. It’s more about celebrating change and finding new love, dating again and all that, which is always a weird thing. Hitch is definitely an album about love but not about a post-breakup, it’s about adapting to new changes.

What was the recording process like this time around?

This time around we kind of did just press record and let it run. We’ve always been a band that can retain a sense of humor in our music and tackle things head on. That’s absolutely a big part of it, jamming and feeling the vibe of these songs really come alive. There is something extremely powerful about letting things come together this way. There are moments when we can sound jubilant but melancholic at the same time. There were a few moments where he felt we were truly losing our minds. It was just the three of us grappling with these tracks and each other for a year. But we weren't afraid of that intimate process.

Sometimes the songs are more lyrically-centric like a poem, and the music crafted around that idea. Sometimes we go for a more live feel. Some songs did come instantly, and other times we enjoyed wrestling with and jamming through live songs and molding them into something.

Was there any major differences this time around?

I’d say that this time the music was a lot more raw and organic. Some of the songs came about from recording in a different place. Some of these songs are more minimalist, and you can hear the room we recorded in. They are all pretty performance based, and you can hear the instruments more than the last two records. I guess we wanted more spaces. Some of these songs have such great live elements, drums, guitars, so we wanted them to breathe a little more. Less layers. Really fucking beautiful musical moments that didn't need anything else going on. A consistency that comes with that, every song has a different palette, a different flavor.

Do you pay much attention to critics?

Everyone is entitled to their own opinion, they are fine with me. I don’t expect everyone to love it. What I really dislike about album reviews and certain writers is really just the laziness. A lot goes into recording, it all comes from a sincere and heartfelt place, so I’d hope that the writer considering our work put that same amount of effort in. We even had one of the local newspapers say that we are from London, we’re fucking Welsh. Some of these writers don’t deserve to be journalists. Love your craft like I do my music. I take pride in the records that I make, so I don’t want to read a review that sounded like it was written on the toilet. I was reading an article on Pitchfork, and I laughed and told them to go fuck themselves. You don’t know about the fight that goes on behind the scenes. I just don’t like nastiness and personal attacks. Be responsible. And everyone is so scared of the journalists too. The power used to be with the musicians, back when they didn’t care what was wrote about them. Back then artists said things because they meant it, because they believed it. They didn’t care about sponsorship, or money or whatever. Art is meant to lead.

If you could have lunch with one artist that has passed away, who would it be?

Wow, it's difficult to say. I always get nervous around artists that I really respect. I would love to meet Van Morrison, obviously he’s still living. A lot of people that don’t really know me say I’m a moody bitch, so in turn if I musically admire someone I don’t want to spoil the image I have of them in my mind. I definitely would have loved to have met Jimi Hendrix. His interviews and the incredible footage we have of him, I can tell there’s a humbleness and so much passion behind his artistry. He was such a wonderful musician. Hendrix was exceptionally talented, not always technical but off the charts in terms of the feeling in which he conveys. I would have liked to have seen his fingers in person. I’m always in absolute awe of how talented he was.

Have you ever thought about doing anything outside of JF? Going solo perhaps?

Maybe one day, I mean we just started working on a new JF record, so it’s not something I'm actively trying to do at this point. We write a lot, maybe there's an occasional moment where I think I could fit somewhere else, work on other projects. At the moment we have so much material for another record, and of course we just put out one.

A new record already? Do you guys ever take a break?

No, we’re fucking loonies. I think we’re sick in the head. Honestly we’re always kind of distracted by the next thing. We’re in rehearsal today, excited about the tour. We always like to fucking think about things different live as well. Plenty of things to be busy with at the moment, no time for breaks.

Hitch is out now. 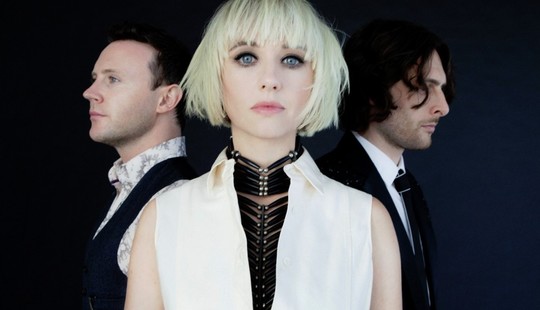 In Photos: Explosions In The Sky @ Ba...