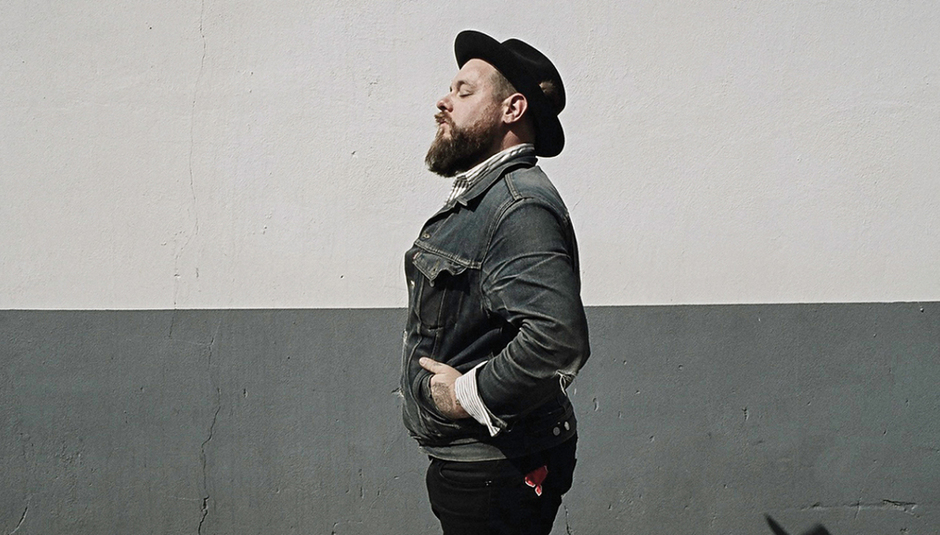 “I still feel like a failure”: DiS meets Nathaniel Rateliff

“I still feel like a failure”: DiS meets Nathaniel Rateliff

Everyone knows the best songs all have a bit that goes woah oh oh. Can you imagine Arcade Fire’s ‘Wake Up’ without its many woah oh ohs? Or ‘Massive Nights’ by The Hold Steady? Or ‘Sweet Child o’ Mine’? Of course you can’t. You wouldn’t want to.

Tonight’s crowd are proving this theory gratifyingly correct, and woah oh oh-ing the doors off Brighton’s Concorde 2. Onstage is Nathaniel Rateliff and the Night Sweats: the restless gang of rock and soul train rats that have gone from virtual unknowns to selling out Brixton Academy in 8 months.

The refrain is from the band’s breakout song ’S.O.B’. As they conclude their main set and leave the stage, the crowd fill the air with woah oh ohs for the next two minutes. Eventually the rabble starts to hush but the band stay defiantly backstage, and we start to wonder whether we’ve been the victims of some sort of joyless, nipple-tweaky double bluff from the boys in the band.

“Sometimes I think I’m really going to perform the ass out of that song,” says Rateliff to me six hours earlier, backstage at Concorde, chest like barrels with tattoos lining his hands and arms, “and sometimes it’s kind of heart wrenching. You end up remembering the situation that the song came out of and that’s really hard. It ruined everything in my life at that point. I was alone in London, and I was dying.”

’S.O.B’ might be a crowd-uniting revivalist soul tune of the grandest design, but it deals with Rateliff’s previous battles with his alcoholic demons. Though the message can get diluted under the handclaps and the horns, lines like “If I can’t get clean I’m going to drink my life away” are the words of a man in a dire head space. Shortly after writing it, he would give up alcohol for six months and embraced therapy.

“I didn't really think too much when I was writing it. It was tongue in cheek, even though it’s personal stuff. I think of all the other songs in the same way. Maybe they’re not all about alcohol but they’re personal to me.”

’S.O.B’ is destined to be the band’s calling card for the near future. Its performance on Jimmy Fallon last August was their chrysalis moment, and though it might not quite rank with Future Islands in terms of career-altering chat show performances, it’s pretty close. Shortly after, ’S.O.B’ became the world’s top viral track on Spotify, went to the top of American’s Adult Alternative chart and helped propel the official video to 14million plus views (at time of writing).

As with everything in our conversation, Rateliff reflects on the Fallon experience with the shrugs of someone that’s old enough at 37 to know it doesn’t take much for life to chuck a big old stick between your spokes.

“It’s pretty weird, surreal. I was pretty ignorant about what was happening. I just wanted to make sure we did a good job, I wasn’t thinking about the audience watching or anything. When Jimmy was talking about how much he liked our music, I was asking people, “Is he talking about the record a good thing?” They were like, “Yeah.”

The album’s success has enabled Nathaniel and the band to give up the day job for the first time in his career. Before that he worked as trucker and a gardener for many years, whilst building out a small-but-ardent fanbase with two solo albums of downbeat Americana.

“It’s funny, I’ve been touring for years and years and years, and all of that touring was a struggle and you feel like you’re trying to keep your head above water. And now we’re actually more comfortable.”

A query as to the differences between touring then and now brings a fairly predictable answer. “We have a bus. I’m not sleeping in a car or, you know, crying in the backseat of a van wondering why I’m doing this.”

The last line is delivered with the remnants of a weary, whisky-tarred chuckle that seems to be his trademark. Even though it would be conceited to not acknowledge the irony he’s lacing it with, there is a deep mainline of rueful introspection running through the record that makes it impossible to disregard. Just a look at some the titles will show you that- ‘I’ve Been Failing’, ‘Wasting Time’. That’s not to say there’s not joy in there - and certainly no little sex - but lines like “I’ve got a love so hard I can’t stand it/And with a heart so weak and abandoned” betray a man not basking in waves of interior glow.

“I still feel like a failure,” he says, rasping that laugh again. “But that’s more of a personal thing.”

What about his success now? Does that help?

“Hmm, I’m just working more now. I’m still the same depressed, screw-up I ever was. It’s not a success thing.”

Rateliff’s difficult past has been much discussed elsewhere, and for this reason I’m reluctant to being it up: however, bearing in mind the direction the conversation has taken, it inevitably comes to the table. He was was brought up in an ardently religious household in rural Missouri, where the family would perform in church and his mother composed hymns. When he was thirteen his father would tragically die in a plane crash, leaving behind a stash of Van Morrison, Otis Redding and Booker T the MGs records.

At sixteen he left home, leading to him joining a missionary program in Colorado. Two years later he had a kind of anti-epiphany when the program tried to convert a tribe of Native Indian Hopis. It was sunrise on Easter Sunday.

“That pretty much did me in,” he says. “I pretty quickly fell out of it- realised this is not what I wanted to do. I liked some of the people I was working with, a lot, and I liked helping people. I still do. But don’t want to help someone because I want something in return.

“I think there are definitely lovely people [in the church] but the way I was raised was with shame, and guilt and fear. I hated the body shaming. Like your private parts are evil. It’s a big thing. At the moment I feel like religion is the thing holding back humanity.”

I am very aware of the fact he must have told his stories many time. Does he ever regret being so open about his past?

“It is weird talking about about yourself all the time, but it can be therapeutic. It’s like free therapy. But I think if I could go back in time, to the Memory Of Loss record, I probably would left out any of that religious stuff. I was in early 20s when I was writing my early bios. If i had of known [that he’d get asked about it constantly] I wouldn’t have made such a big deal about it.”

Back to the gig, the band stride out onto the stage to giddy cheers from the crowd and they rip through a reprise of ’S.O.B’ : there would have been a riot if they hadn’t. It’s glorious. A couple of tunes and a version of Sam Cooke’s ‘Havin’ A Party’ later, the band down instruments and make for backstage. Nathaniel thanks the crowd sweetly, effusively, several times over- his voice cracking a little. His smile is as wide as West Pier as he mops his face with his red bandana, and strides from the stage a final time time: propelled to the door by the crowd’s woah oh ohs that erupt and rattle the rafters once again.

For a man that’s seemingly lost his faith in religion, he can’t half make a gig feel like church.

Nathaniel Rateliff & The Night Sweats is out now. 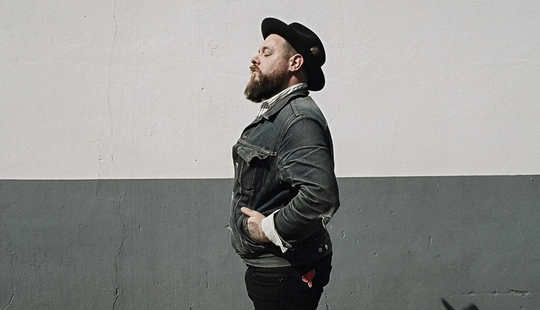