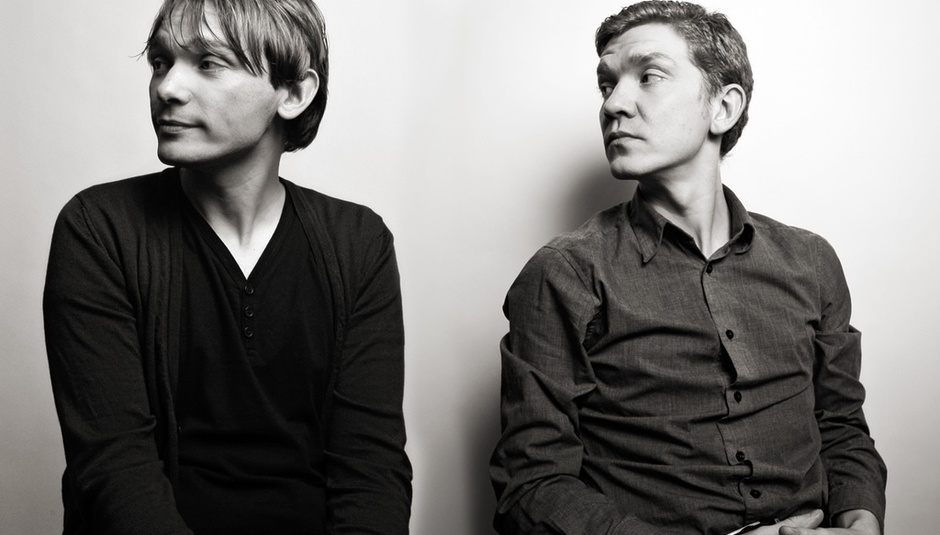 Sitting in the basement of the new premises of Frankie and the Heartstrings’ quasi-legendary record shop/community space Pop Recs Ltd with Field Music figureheads David and Peter Brewis is about as archetypal an experience as you’ll ever get of the music community in Sunderland. It’s the textbook definition of a warm Mackem welcome to be given a bit of their rider pizza sourced from an outrageously good local restaurant and converse with them while you’re surrounded by their families, friends and bandmates chatting idly among themselves.

It’s vital to remember that we’re currently in a place which, like so many around it, has been repeatedly shafted by cabinet after cabinet of braying toffs seemingly hell-bent on finishing what Thatcher started by finally ripping the soul out of Northern communities. That’s precisely why spaces like Pop Recs Ltd and bands like Field Music and so many others are absolutely fucking essential to places like Sunderland, they’re the beating heart of the city, and an example of what can still be achieved in these trying times. They’re proof that even when you encounter unutterable adversity, if you just get your head down, and, you know, give a shit about what you do, you can be a powerful force for good.

Field Music serve as an inspiration to people in this city and beyond not just by their continued existence as a band, but by thriving in the harshest of conditions, serving up record after record of increasingly wondrous pop music to an audience which grows in number and fervour with each release. With a Mercury nomination for their last album Plumb, and a raft of acclaim and a Top 40 chart spot for newest LP Commontime, they’re clearly going from strength to strength. What’s the secret to their success then? While the elder Brewis, Peter, is busy tucking into the aforementioned pizza (and who can blame him?), David’s at liberty to talk, and he suggests their sustainability has got more to do with straight-up common sense thinking than anything else.

“I think that what we’ve ended up doing is a not terrible model for how bands should exist in this day and age. Don’t spend too much money. If you can find a space to record, and a person to record with, or learn to do it yourself, do it yourself.” It’s not necessarily about DIY as a virtue in itself, for Field Music though, it’s more of a practical consideration. “It was an experience thing rather than ‘We must be DIY!!’ It was just us discovering we’re quite uncomfortable with people doing stuff for us.” It’s a typically pragmatic assessment by David that while they’re staunchly self-reliant, there’s no question of co-opting the DIY culture which has breathed life into scenes for decades and is battling the increasing challenge of being twisted into some kind of hip badge of honour by people who have no place within its environs.

Talking about their lengthy time spent together as a band, it’s pretty clear that they’ve found their way of succeeding by trial and error and occasionally learning the hard way. They burst into wider public consciousness in the mid-2000s as part of the first wave of bands in a while to remind the nation at large of the creativity which exists in the North East. As David modestly says, “When our first album came out, obviously we rode on the coattails of The Futureheads and Maximo Park, and we toured with both of those bands, and we thought how they toured, being big bands signed to quite big labels, was what we should do. And we did a couple of tours where we lost a lot of money, we kind of sat down after that and thought, we must not do this any more, how do we do it?!”

They occupy something of a unique spot in musical history, though, because, as David explains, they’re part of the last generation of bands to emerge prior to the Digital Revolution. “We caught the last flushes of the music industry when it was a different entity. We occasionally get asked ‘what’s your advice for young bands now’, and it’s like, ‘I don’t know’. I’ve no idea. We first got involved with Memphis Industries in 2004, before Myspace was a big thing, before YouTube was a big thing, before iTunes was a big thing. So we’ve been able to like build up a bit of an audience in the old, traditional style, printed press way.”

Having worked together on all manner of projects, both under the Field Music banner and outside of it, Commontime marked their first record together as family men, with both having become fathers since Plumb was made. A natural consequence was to make them reconsider their use of time, simply because there was less of it, which David appreciates. “We used to spend half our time really focusing on messing around. We’d spend a lot of time pondering, and this is the record where we’ve done a lot less pondering. I kind of think that shows in the record. I think it’s a little bit more direct.” Perversely, though, it’s resulted in a longer album than you might have expected for a band with less time to play with, which smacks of the delicious sense of mischief of people who are far from bored with what they do. “Some of the reviews have said it’s too long, and I think, well, yeah, obviously! It’s 58 minutes, of course it’s too long, what do you think we were trying to do, make a concise one?! If we wanted to make a concise record…” Peter finishes his brother’s thought with a cheeky smile and a knowing nod. “We could do that. We know how to do that!”

While to the outside world they’re pretty thickly entwined with their home city, they themselves don’t really play up their geographical heritage too heavily, because as David notes: “I don’t feel like we’re representative of music in Sunderland, or music in the North East, at all. Do I know what’s going on with younger bands? No! But I don’t think I ever did!”. That said, it’s undoubtedly difficult to live in a city, make all your records here, and raise your family here (as the Brewises do) without reflecting on its place in the world at large, which David is conscious of.

“Lauren Laverne was saying that she thinks there’s an awkwardness to people from the north east, and a slight obtuseness to how they present themselves to the world”. Peter has an idea that it’s down to being a little bit cut off from everywhere else. “It is isolated. It’s not part of that big North-West thing, it’s not part of the big Midlands thing, certainly then there’s the North-South divide. And it’s not part of the Scottish thing, either”.

Perhaps this isolation is self-inflicted, though. Does this stubbornness about people from the North East place fences around us, semi-consciously separating us from the rest of the world? Possibly, but maybe that’s not an entirely bad thing. Either way, this divide is definitely not imaginary though, if you ask David. “At most of the gigs this week someone’s come up and either said ‘I’m from Sunderland or Newcastle or County Durham’ or they’ve said ‘Will you sign this CD for my mate who lives in Consett?’ Does that happen to every band?! Cos we’re obviously, to the outside world, really associated with Sunderland.”

Their city’s status as a place for music, of course, is not solely associated with esoteric, self-sufficient pop music though. Recent years have seen the council launching a big-money charm offensive to attract the type of famous names you’d quite simply never, ever have previously expected to visit Sunderland on purpose. Having previously written about the dangers of considering the visits of the likes of One Direction, Foo Fighters and Rihanna as saviours of the city’s reputation as a musical force, David’s diplomatic on the subject.

“It brings some money in. Beyonce plays here, it’s a massive gig. We’re already at the stage now where having a massive stadium gig in Sunderland is quite normal.” Peter’s in agreement, even going so far as to think about the potential musical benefits for future generations. “I remember watching stadium gigs on the telly. Like, Queen, Rock in Rio. And, just being, right, that’s what I wanna do!”

Having done quirky piano pop, funk odysseys, improvised collaborative instrumentals and ambient soundtracks to 1920s documentaries about fisherman, maybe it’s not too outlandish after all to expect the Brewises to do stadium rock for album six. Just imagine it, Peter growing a moustache and strutting about like Mercury while his brother shakes his freshly cultivated massive curly mop in time to five minute solos. The lovely bastards would probably absolutely nail it as well. 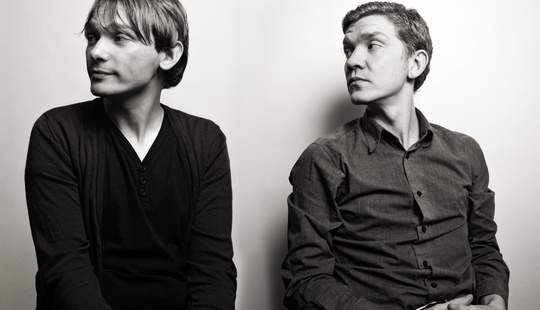