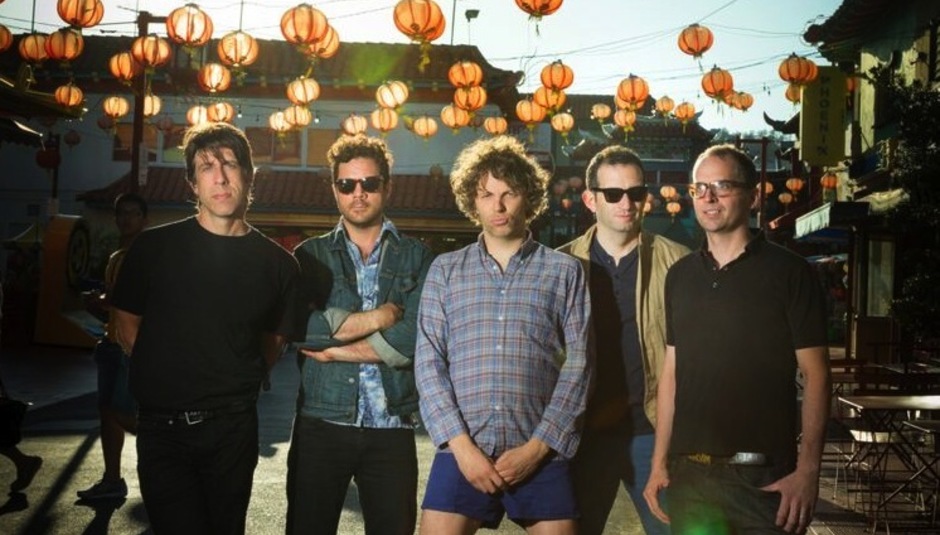 Boom boom boom! Bam bam bam! Chk Chk Chk! The endless party of !!! still marches on, and as of next month they’ve been spreading their message of love, freedom and unbridled boogying over the globe for 19 glorious years.

Most bands are touring a ‘classic album’ set by this point; watching their audiences go grey and their dance moves gradually slow - mutating from able-bodied young John Travoltas circa Saturday Night Fever into something resembling a George A. Romero creation. Not !!!. Two decades in, are releasing their sixth studio album via Warp, and continuing to bowl over crowds from Tokyo to Lisbon with legendary live shows, and a fresh wave of party anthems. The words ‘dance-punk’ (or even ‘LCD Soundsystem’) seem outdated while spinning the group’s latest and most varied batch of blowout forward-thinking joy.

Following on from the brilliantly poppy Thr!!!er comes As If, boasting eleven tunes built to bump to, effortlessly donning an increasing amount of electronic instrumentation and newfangled recording methods like a smart new jacket - perhaps replete with glinting sequins.

Speaking to frontman and vocalist, Nic Offer, I suggest it must be tough to follow up an album that was as well received and fully realised as 2013’s _Thr!!!er_. “If you call an album _Thr!!!er_ you expect it to be a lot bigger,” he replies. “We definitely didn’t feel like there was anything we had to top or something. But _As If_ definitely feels like a sister record. After you finish a record, you instantly have learned a way to make a record better.” The band’s latest full length incorporates more digital production methods than ever before. “We’re calling this our Ableton album! We started learning it at the beginning of the recording, so there’s a lot of more club-type tracks made at home too, but then again we also did this residency at a club where we played only new stuff, then went straight into the studio and just knocked out a bunch of stuff live to build on later. So in some ways it’s our most electronic record, and in others it’s the livest thing we’ve ever done… it kinda varies from song to song.”

The new album’s sessions fused a lot of demos and home recordings into the final polished album, with ideas, grooves and words often appearing just on the fly - as Offer explains. “We’re one of those bands that get demoitis really badly! But we’ve been doing this long enough now that our demos sound pretty good and we can engineer ourselves pretty well. There’s something about being close to that moment of inspiration that sounds better than when you’re just knocking it out later.” The entire recording process sounds like it was one of the group’s least refined, most liberated efforts, and it comes across in the album. It’s a beautifully hodge podge mess of dance music styles, from the spoken word sample-buggery of the intensely beat-heavy ‘Funk (I Got This)’, to pop-infused house music on ‘Ooo’, and anthemic indie on ‘Every Little Bit Counts’ - the latter being an incredible tune fit to fly first class straight to the gods of FM radio for ascension to immortality alongside the likes of Thr!!!er’s ‘One Girl/One Boy’. Elsewhere, unlikely new elements coalesce seamlessly, like the sudden appearance of autotune on Offer’s vocal track for ‘All the Way’.

“I’ve always been on the pro-autotune team. I thought some of the first T-Pain singles were incredible, “I’m Sprung” is a masterpiece! If it had been sung by a doo-wop group I think people would have understood it. The fact is, he uses autotune like an instrument, and the harmonies he overlaid on “I’m Sprung” created something that a regular vocal group could not have done. I’d taken a trip to west Africa with some friends, and gotten really into this style of music called azonto, and they sing almost everything through autotune. I was talking to a friend of mine about how indie audiences are just so against that sort of thing, and also how we’ve always been unafraid to do anything, and he was like, “well would use autotune”... and I couldn’t! And that bothered me! So I thought we gotta fucking do it now! There’s the line I can’t cross, so I’ve got to cross it.”

Can we expect to see autotune enter live performances? “Yeah I think it’s gonna work! Just need to do some fiddling. I just saw Kanye a couple of weeks ago, and he has a long part where he’s just freestyling on autotune and it sounded fucking amazing, so I definitely want to do that.”

In two decades, the band’s sound has morphed repeatedly, clearly reflecting a deepening fascination with club culture, dance music, and the possibilities of synthetic grooves. Various moves and line up changes have guided the sound, with most of the band leaving their native Sacramento in California for artsy hotbeds like Portland, Oregon, or New York City. “We never could have investigated club culture the way that we have if we had stayed in Sacramento,” explains Offer. “I still view Sacramento as a very important part of why we are who we are though - starting there with no dominant trends and just being able to do what we do, that gave us a strong basis.” And to their deepest core, !!! remain a band of dancing west coast punks. “It’s still close to the original dream of what we were trying to achieve. The original idea of what post-punk should be was something that was rebellious like punk was, but then different... Whereas punk felt a little bit like a box of ‘no’, post-punk would feel a bit more like a box of... whatever could be. For us the aim was never to make a record that sounded like Gang of Four - it was to get to a higher plain.”

As If seems to tentatively tackle themes bigger than partying and punky anthemics more head on than any previous effort from the band, vitally without sacrificing any of their wit, or that innate ability to lay down absolute bangers. Opening track ‘All U Writers’ is a straight up “message for the critics”, while the theme of freedom appears across the album, most audibly on disco epic, ‘Freedom! ‘15’, and the extended jam for the album’s finale, ‘I Feel So Free (Citation Needed)’, both of which seem to criticise the potential of liberating modern technologies, wasted by modern societies. “To quote a not so great man, “freedom isn’t free.” … We all have a freedom in varying amounts, and you’ve gotta ask yourself if you’ve done something with it. How much freedom do you grant yourself? That’s what the song is about - someone who’s squandered their freedom. I’m not someone who’s against technology at all, this is massively liberating. Ableton has allowed me to do things I never could have dreamed of! But we’ve got to use [technology] wisely, and it must be used for something good. That last track, ‘I Feel So Free (Citation Needed)’, that one is about my struggle to be free. Because it is a struggle, and it’s a struggle to do what you think is right. The other night I actually watched this Nina Simone documentary - which wasn’t actually that fantastic - but it had some incredible footage in it, and when she’s interviewed she describes how the only place where she truly felt free was sometimes performing. That honestly is what “I Feel So Free” comes down to - is that the only time I felt in control and free, was in those shows when we’re hitting that moment… which we don’t hit every time, but I think we hit it more than some groups do. Which is why we’re the legendary live band that we are.”

Elsewhere on As If, tunes like ‘Till the Money Runs Out’ are amongst the slickest meetings of groove-making and songwriting in the band’s history, telling the tale of a couple on a road trip atop an immensely disco-fied jam atop funkified keys. “There’s something about the myth of the road trip; two lovers on the road. To me there’s no place more romantic than a hotel room, it’s kind of like this blank slate that you can project your story on, and then you leave it the next morning, and the romance has gone, and the room is cleaned and a new romance (or lack of…) moves into that room. Whenever I’ve been on one of those romantic trips with a girl I’ve never wanted it to end, so the story really just wrote itself... I also thought about how it’s very common for rock biographies to adapt song titles into the book title, and I definitely thought you could ours “‘Til the Money Runs Out: the Chk Chk Chk Story”!!”

In total, As If sounds like the work of a band far from finished, in many ways producing their very best work some 19 years after first getting together. It’s a joyous statement, overflowing with addictive hooks, and that bacchanal joy seen on the face of the smiling monkey adorning the album cover. “The monkey was an important symbol for the record actually! The monkey on the record is very much a clown, and everyone must realise that they are clown. But at the same time, the monkey’s a symbol of our primal roots which is something you should be connected to. It felt like the look on the monkey’s face was a bit “as if!”As if we’re all more than monkeys? She was great to work with.

As If is out on Warp in 16th October. You cab pre-order the album here: smarturl.it/asif-bleep 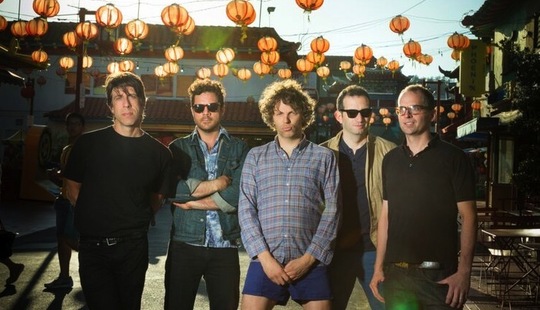