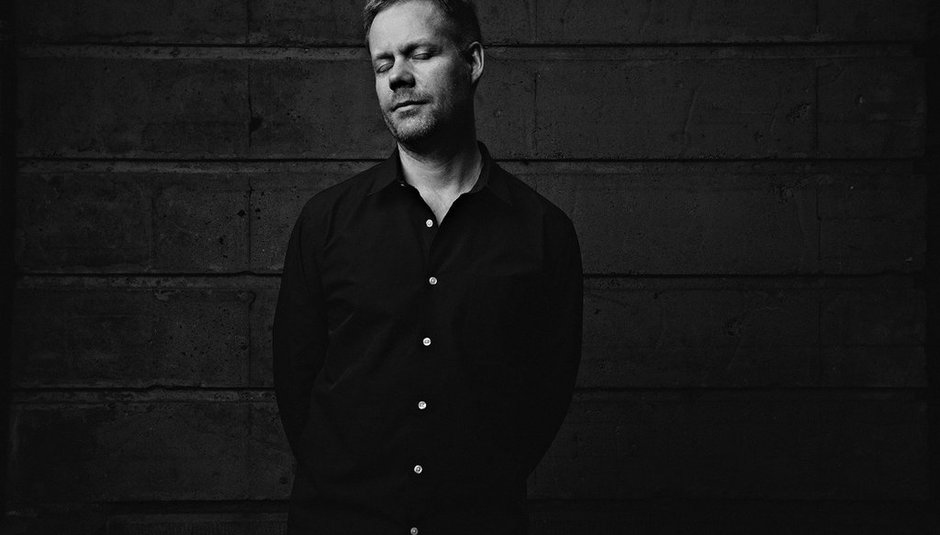 “From SLEEP is a daytime listening version of the larger, 8-hour, overnight project SLEEP.

Writing the whole thing has been like training for and running a marathon – both exhausting and elevating, and all consuming. I’ve been working on the material for several years now – the entire eight hours is composed, written and constructed on paper. And I have been almost exclusively working on it at night - it’s the only time quiet enough to really take on a piece like this. So I’ve become a nocturnal animal – stalking the halls of my consciousness while my children have slept. There were times when I felt I was going mad, other times I’ve found a peacefulness that I can only remember having as a child.

The puzzle of consciousness and how we experience music is at the heart of this piece and the most important aspect of it for me – just how will we absorb and experience the music while sleeping. But various other things also connect to it - the idea of the lullaby definitely and the wish to find a refuge from the data frenzy that surrounds us all these days. Of course, the paradox is that the making any kind of work adds to a world already overloaded, and I’ve been obsessively mulling on this as I have written the piece – working the material to it’s absolutely minimalist base – so that it acts a giant ‘pause’ button, a place to rest against this backdrop of data.

And I’ve spent a lot of time reading and talking with neuroscientists – and most especially David Eagleman. The piece reflects their words and ideas constantly – the passages constructed to reflect our sleep patterns, the trips our mind takes.

I've spent most of my life meandering through daydreams - I was a painfully shy child and for years it was my way of just getting by -- i was never really present in a room. But in my twenties these daydreams became a kind of fertile soil to soak my ideas in -- and what started as a crippling escape mechanism turned into a most fantastic bed of freedom to pursue creative ideas. So as I was thinking and developing this eight hour piece, it started to feel incomplete without some sort of echo, a daydream for while we are awake. And that's how 'from SLEEP' came to be … a listening version, lighter in tone and texture, shorter in length, a dip into another world. And as I started to explore this musically I fell in love with the idea of these twin aspects of the project, each complementing the other in these two states of consciousness. There are things in “from SLEEP” that don’t even appear in the overnight project because they have a different grammar, and to me it does feels more like my daydreams, a space for conscious navigation, rather than the landscape of the big piece.

Recording all the material brought its own challenges and forced me to look at our preconceived ways of working with instruments. For a start, because a lot of the music is slow and quiet, we spent quite a bit of time in the studio just acclimatising ourselves to the texture of the project.

For string players one of the hardest things to do is long, slow, quiet notes, and SLEEP is basically eight hours of that. There’s nowhere to hide for the players in the notes, and any mistakes become amplified – and that’s incredibly exposing for the players. So I feel lucky to have recorded the whole project with ACME who are great players. Actually, once we got into it, our perception of time seemed to shift and the tracks, which can last up to 40 minutes, started to feel shorter than they really are. It will be fascinating to see how the live shows feel once we get to them.

Ironically, as Brian Snow who plays cello on the piece said, to play this piece you have to be really awake. So there will be a lot of coffee on stage with us!

Whereas the tracks on SLEEP are all in the range of forty minutes long, from SLEEP tracks run between 5 and 12 minutes.

The architecture of the eight-hour piece hangs on the concept of variations. The Dream variations are the central string that holds it all together and it’s the music that started the whole project off --- me and the piano alone in the studio at night ruminating on all the reading I have been doing on neuroscience. It’s pulsing piano-centred material. I wanted it to be deliberately very simple music but something that played with the idea of time – so I used a set of descending chords structured in a way that an 18th century musician would recognise, but broken up, and contextualised via electronics and subsonic bass in a way that could only happen now.

This is the first trip through the other strand of variations in the piece - a vocal line. I worked with Grace Davidson on this material - and in fact there are two of her on this track, one low and one high. Grace mostly sings Baroque music and I love the very simple and direct way she sings this material. Reality and the virtual come together in this track - the reverberation on this (as on much of the record) is a digitally modelled recreation of the reverb of Notre-Dame in Paris.

I wanted this to be a bit like one of those colour field paintings from the 60s. Or maybe those amazing late Rothkos - a space to stare into. The material is mostly strings and analogue synthesisers - on this project I used the Moog and Analogue solutions Paraphonic pretty much throughout: a lot of the low end comes from these. I spent my childhood escaping to the fields around my house to stare at the night sky, while my mother thought I was sleeping. It’s that space.

Dream 13 is another trip through the harmonic landscape of Dream 3, but with a more active surface. It has an asymmetrical rhythmic structure and is the brightest track in the whole project. It is also one of the things that is not on the overnight version --- this was the quote that kept coming back to me as I wrote it: “In the midst of winter, I found there was, within me, an invincible summer” Albert Camus.

This is a twin of Space 11 - a slowly evolving surface with things embedded in it. The strings, synths, and organ stretch out to the horizon. “Petrichor” is the name for the smell of the earth when rain starts to fall.

This is a trip through the vocal material for piano and violin. It is built on the cycling structures shared by all the “Path” pieces, but there is a falling bass part that interacts with the main material. To me this is like walking slowly around a sculpture to see it from new angles. I’ve been playing a lot with this sculptural idea of music over the last decade.

This is one of the bigger trips through the landscape of the “dream” sections - it is for strings, voices, organ, synths and piano. The title is a quote from Wordsworth’s 1802 poem “The world is too much with us, late and soon”. Absolutely.

SLEEP and FROM SLEEP are both released on September 4th 2015. 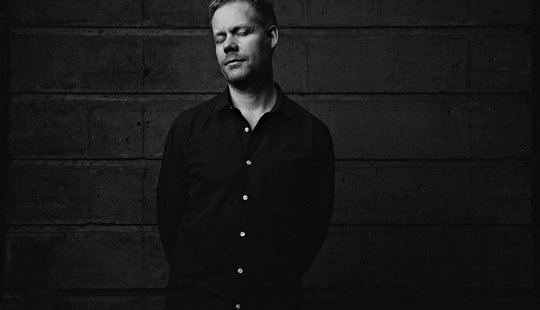