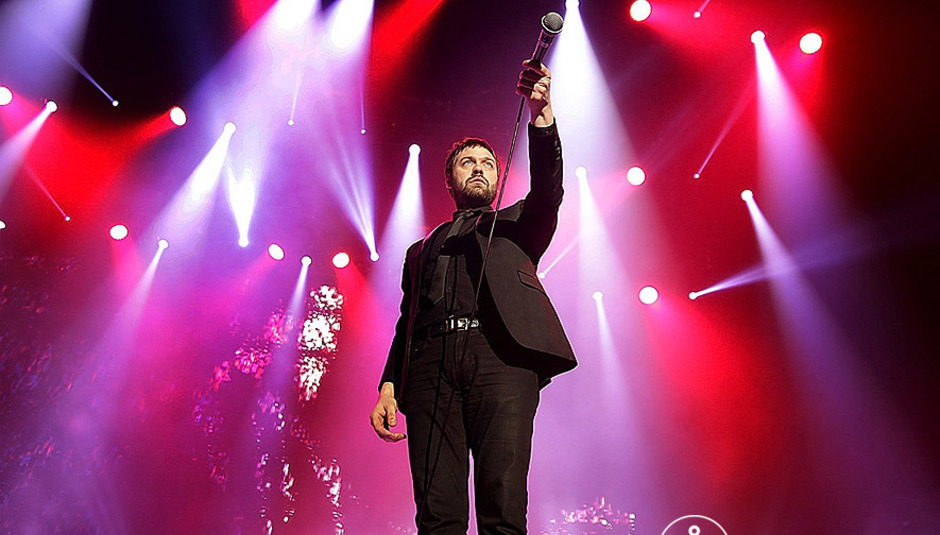 Oh V Festival. What a truly unfortunate reputation you seem to have. In the build up to attending the pop music festival I couldn’t send a tweet about it without a sarcastic comment. Some advised me to get my shots before I went, whereas others simply told me not to bother going.

The logic doesn’t even work. There’s a warning against the clientele that attend but nobody has ever pinched my wallet here (Kendal Calling), I’ve never witnessed someone biting somebody else (MADE Birmingham) and nobody has ever defecated against the side of my tent (Leeds Festival). In fact, while not the sort of crowd you could ever describe as cool, they’re a relatively harmless sort. Maybe Essex is worse than the Staffordshire site I'm at – who knows.

Elsewhere it gets criticised for being overly commercial – like that isn’t something you can aim at every top tier music festival. The line-up is pop-orienrated and probably doesn’t have a huge variety of the best new acts but at least it differentiates itself. Reading & Leeds, Glastonbury, T in the Park and the rest all trade identical line-ups without ever offering me the chance to see an act like Ellie Goulding. In this respect, along with Download Festival, at least it stands out. Even if what it does to stand out is your idea of a nightmare.

Enough moaning about unnecessary snobbery, though. What actually happened. You expect Scouting for Girls to be a bit rubbish but it’s only as you emerge from the posh toilets to hear them slaughter ‘Livin’ on a Prayer’ that you realise exactly what level we’re talking. If you can somehow make a song that is that level of diabolical even worse then maybe that deserves some amount of recognition. And speaking of indie acts best left in the previous decade, The Kooks aren’t up to much either. ‘Seaside’ is lovely though. And so is the Noodle Bar Salt n Chilli Chicken I plough through while watching.

Luckily though Ellie Goulding comes as the Dementors swoop in (it got dark pretty much instantly) and acts as my patronus. Her tunes are inventive, euphoric and just a little bit quirky to help it go down. From start to finish she is every inch the star and it makes me very sad that she hasn’t headlined festivals yet because if she hasn’t achieved enough yet then when will she? She’d be better than Mumford & Sons. And Metallica. And the rest of the tired top tier acts.

Clean Bandit follow and are pretty good despite that advert turning them into everyone’s favourite joke for a week or two. ‘Rather Be’ is one of the best pop songs of recent times but it’s ‘Dust Clears’ that takes the crown in reality. They could do with a little bit more material though because a fair bit of this feels like filler.

Then some weapon in the press area decides it’s okay to call us words that I don’t feel comfortable typing in this review. And I can swear on here. Fuck. See. Despite failed efforts to diffuse the situation, it leaves a colleague a little shaken but off we trudged to Stereophonics nonetheless. The Welsh rockers rifle through their set of dad-rock and play pretty much everything you’d expect them to play with some new material thrown in there. Kelly has one of the best voices from that whole period and it has held up supremely well over the years.

Bafflingly, we’re off to the campsite soon after since the night time entertainment here isn’t great. The dance stage has an impressive line-up but the festival should pull out all the stops to try and get the headliners to be on after the main stage. That would be wonderful.

The next day greets us with a monster hangover because of Jack Daniels and not enough ginger to dilute it. Still, James Bay is on and that’s the sort of life-affirming act you need to get you through such difficult times, right? Nope, 'Hold Back the River' isn’t very good at all and neither is his hat.

Courteeners are wonderfully nostalgic for me. They get a lot of ire from the sort of people who have just never really gotten it. I understand that. They’re not really doing anything groundbreaking and some of the lyrics do make you scratch your head. Still, it’s one of those "been there since the start" ones for me so I lap up every word. At Kendal Calling this summer I had a bit of a moan that James didn’t play ‘Tomorrow’ and here Liam Fray and co. sort of make up for it by blending it with closer ‘What Took You So Long?’ as is tradition.

Chvrches are brilliant. Their second album is going to be amazing and singer Lauren Mayberry is an absolute credit to herself. I’ve not got a bad word to say about them but it’s a shame the crowd aren’t a more captive audience.

To contrast completely, Sam Smith is naff but everyone loves it.

Kasabian frustratingly clash with the excellent Hannah Wants but my remit from another publication is that I see them so off I go. They’re frustratingly familiar headliners at the top tier of festivals but their set here shows that there’s some reasoning for it at least. From the exhilarating ‘Shoot the Runner’ through to the peak of ‘Vlad the Impaler’, they’re in reliably fine form. I’ve just done this before. I’ve seen Kasabian headline festivals, support headliners, at their own gigs and more.

It’s a sign that we need more headline acts that the ones that the performances I was most disappointed with were the closers each day. Both were okay (I ditched Calvin Harris, obviously) but I’d have enjoyed myself immeasurably more with Ellie Goulding and Courteeners as headliners. That glass ceiling is obviously triple-glazed at present. Still, V Festival is perfectly fine as a top tier festival that brings mainstream to he masses. You don’t have to like it, but don’t sneer.

Kasabian photo by Sakura, taken at the Manchester Arena in January