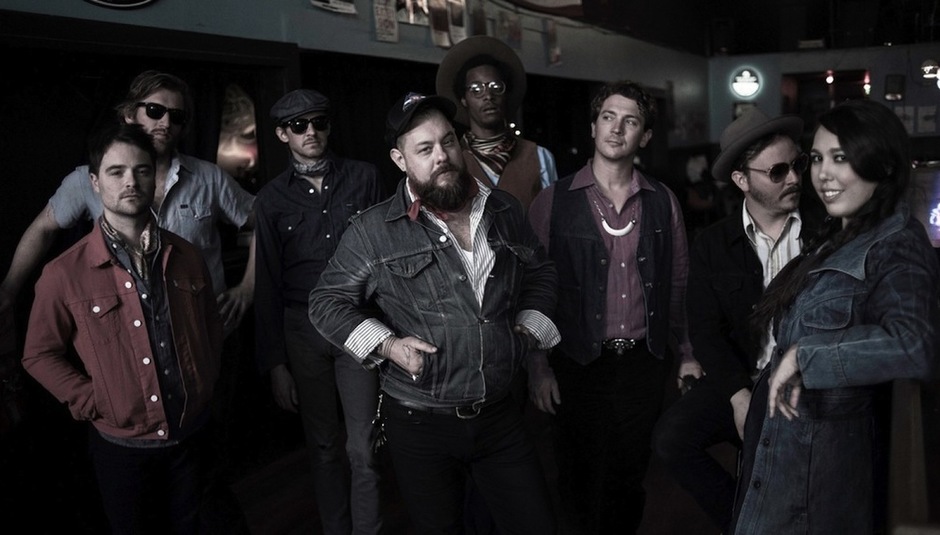 Best known for his critically acclaimed 2010 solo record ‘In Memory of Loss’, Nathaniel Rateliff has returned with both a brand new band and a brand new sound. The sparse, melancholic folk of his solo work has now grown into a wall-rattling 7 piece soul band. Here the band talk us through the gear that makes up The Night Sweats' sound...

When I drove out to Oregon to work with Richard Swift at National Freedom Studio, I brought a load of gear. A bunch of different guitars, a 72 Fender Tele Bass, a Wurlitzer 200a, a banjo and even a gypsy jazz acoustic and I really didn't need to bring any of it. I ended up trading a couple of guitars while I was there for the 65 Epiphone Sorrento and I used it for almost all the rhythm guitar. Then I would go back over stuff with the Nash Tele. 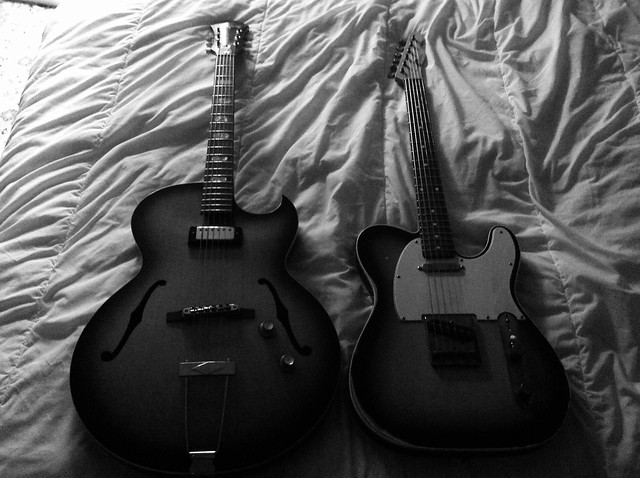 As far as amps go I only used my 67 Fender Princeton. We mostly just had a blast hanging out drinkin and playing tunes. 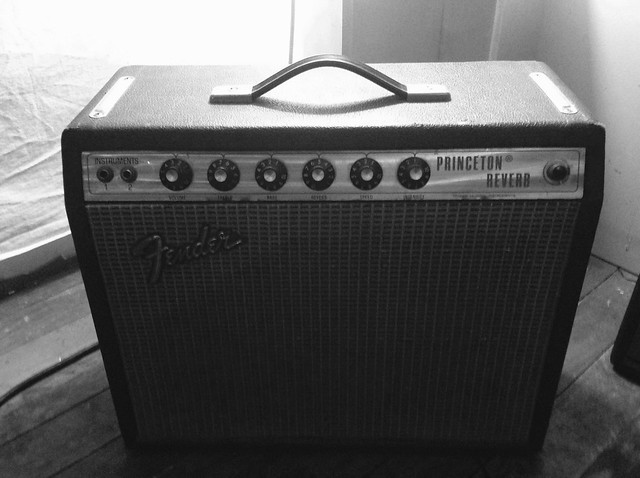 Oh, and this is my home rig. Distressor into Vintech Dual 72 and Coles 4038 Ribbon mic straight into garage band. 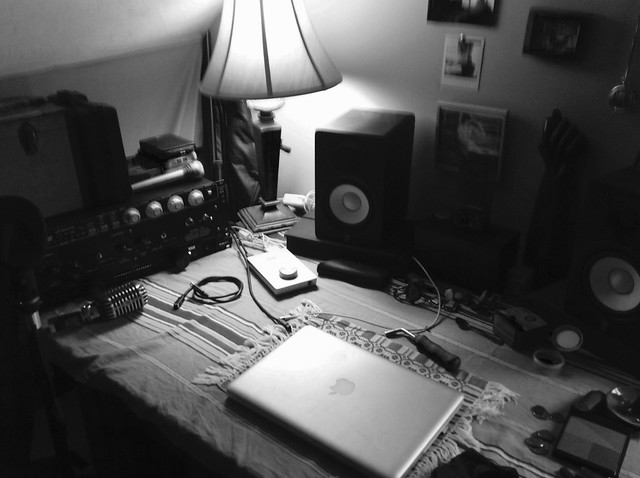 The trumpet has always attracted me as a role model where others would fail me. It wasn’t always cool to be a musician where I grew up; and powerful, honest black male role models were hard to come by. When given the chance I rose to the challenge to try to live up to my mentors standards... I still have some work to do… 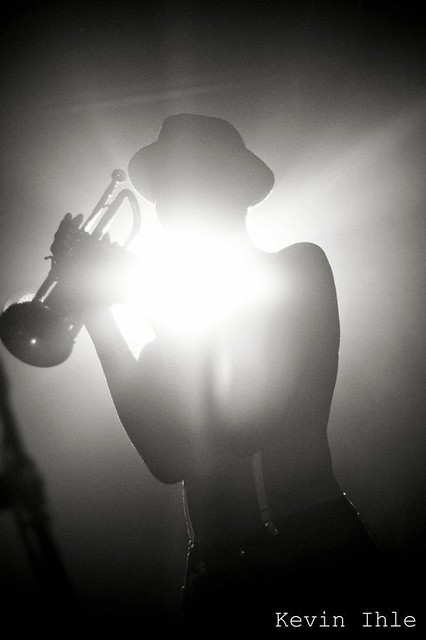 I've been playing solid body basses for a long time, but with this project the sound of a hollow body seemed to fit a bit better-most of the bass on the Night Sweats record was recorded using the classic Hoffner violin bass, and we picked up this Fender Coronado as a great live bass that kept that somewhat muted do-wop vibe. I keep it simple using just an EP compression pedal, and generally play live through an Ampeg B-15. 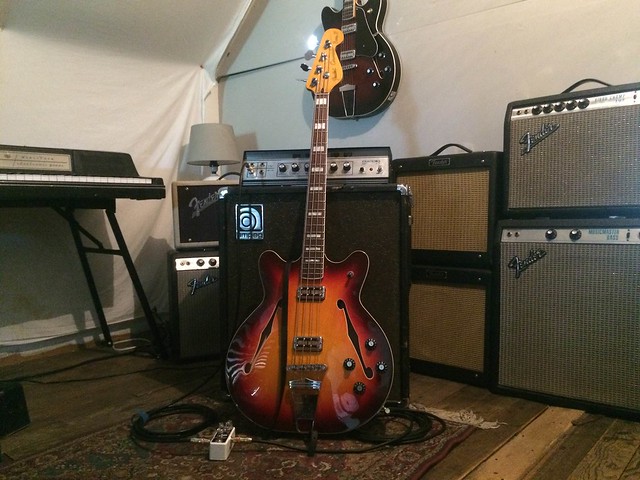 After years of owning various newer reissue amps, I finally had enough. They were constantly breaking, and I was spending way too much money getting them fixed all the time. I stumbled upon Swart amps while on a trip to NYC a few years back. I played through a similar model to the AST, and I was pretty much hooked. After buying one on ebay a few months later, I haven't played through anything else since. The amp has just enough headroom, and breaks up at the perfect volume. And the tremolo and reverb are the best I've heard on a combo amp. Oh, and it never breaks. 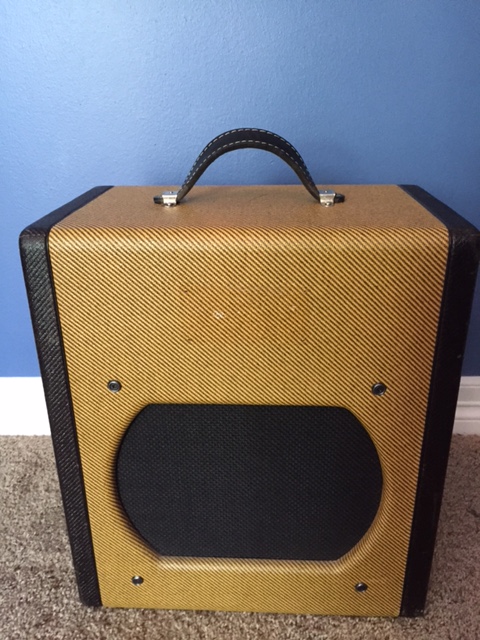 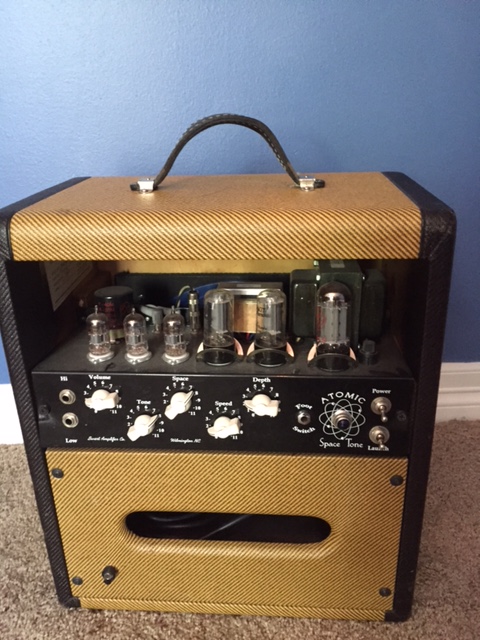 I play a Yamaha 61 series tenor sax from the early 70's that I've had since I was about 15. It's build is super robust and being a common brand makes it is relatively easy to find screws, springs and other replacement parts. It's made it through countless travels and has the bruises to show it. I switch between mouthpieces depending on the situation. My go-to for playing in loud environments is a Guardala Super King that cuts through pretty much anything. In quieter sessions I go to my old Otto Link, which has a much rounder, 1950s kind of sound. I switch between synthetic and wood reeds depending on the situation, usually using synthetics when I am switching instruments a lot. You don't have to keep synthetics wet like you do wooden reeds which comes in handy, especially for playing in my hometown of Denver where reeds drying out tends to be a problem. 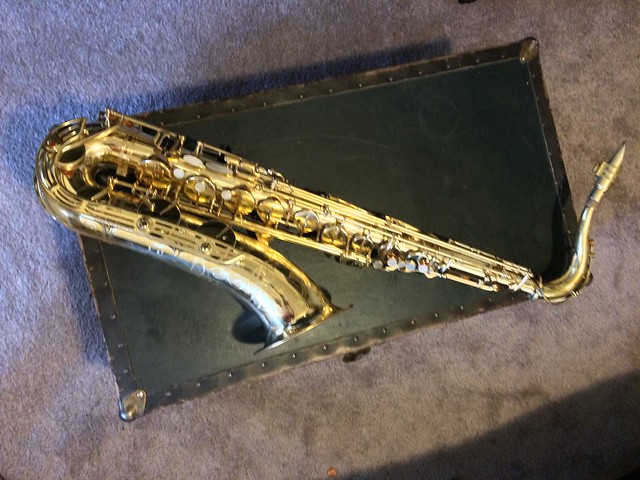 I generally play with two keyboards live, one electric piano and one organ. For the electric piano I'm usually playing Nathaniel's Wurlitzer 200a, and for organ I play my Yamaha YC-20. I bought it from a friend, Denver musician Andy Hamilton, back around 2010. It's a combo organ that Yamaha released in 1970. It's built like a sturdy beast, never having given me any real problems. It has two distinct settings on it, one for more of a Hammond B3 sound, and one that's sounds like a Farfisa. Each setting has it's own set of drawbars, which work much like hammond drawbars except they click in at 4 different positions. It also has a clever little feature known as touch vibrato, which adds vibrato to notes by moving your fingers side to side on a key. If space allows, I like to run the organ through a Leslie speaker. If not, I can get a good sound out of my Boss RT-20 Rotary Ensemble Sound Processor pedal running into a Fender Princeton Reverb. 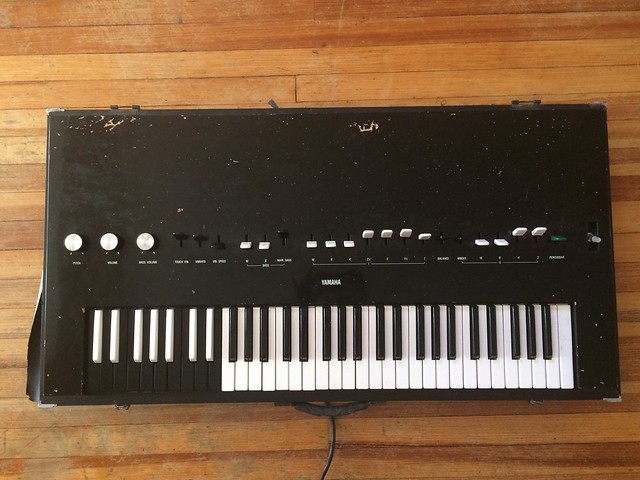 This is my C&C drum kit. I've been working with them since 2005 when I had my own pop music band. They are my favorite drum company. A lot of drummers are using them and they deserve the success. It’s a 12 14 20 size kit, maple poplar maple ply. I use a Ludwig supraphonic snare drum. This photo is when I toured opening for Lumineers in Memphis, TN. I prefer Sabian cymbals and Regal combo size plastic tip sticks. 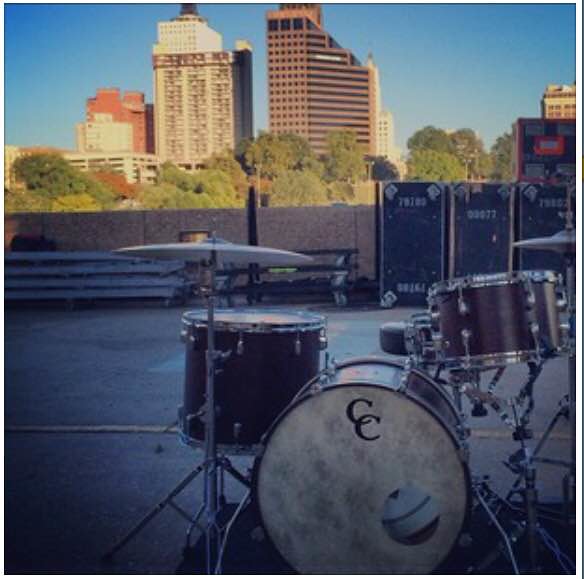 Nathaniel Rateliff and The Night Sweats is out August 21st 2015 on Stax/Caroline International. 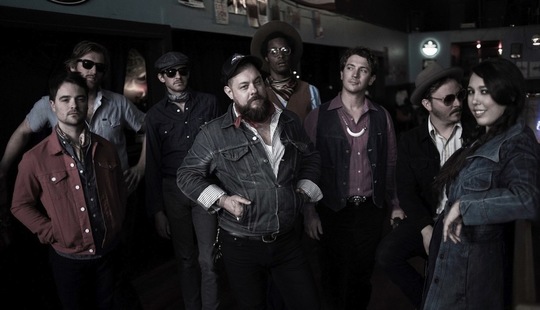 The liminal and hyperreal world of Me...