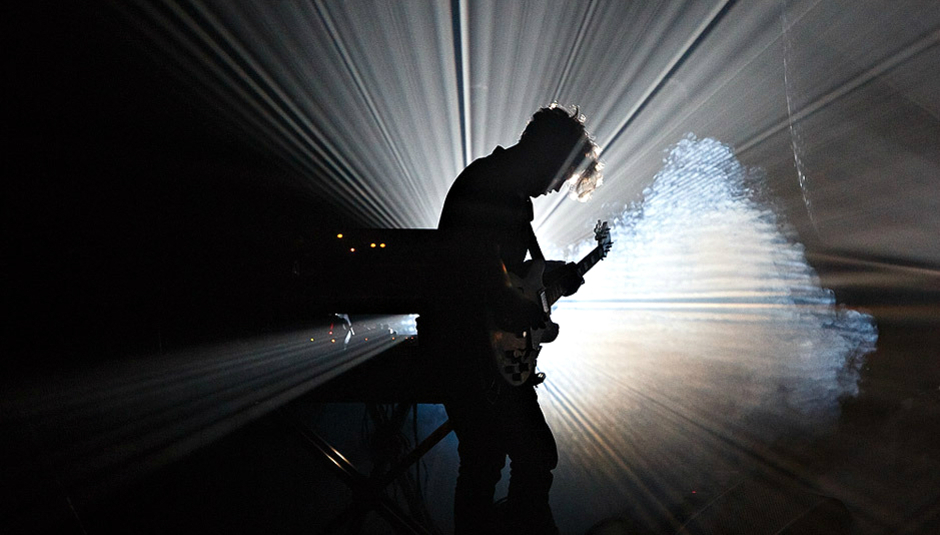 The piece written by Luke Morgan Britton in yesterday's Guardian really hit home for me, so I took to Facebook and posted a lengthy comment when sharing the article. I’ve been asked to re-share it here on DiS, as a former Tour and Production manager, as a former Girlfriend of someone living on the road, and as a fellow human living with Mental Health issues, which are thankfully under control now.

The piece by Luke touches around 90% of people of my Facebook so I had to share it. We’ve all been there, we all know the risks of the job as we’ve sadly seen it over and over again. I’d like to make a point from a crew (and my own personal) point of view. I am not speaking for anyone else.

I’ve watched parents lose custody of their kids, marriages break down, deaths in families when you’re on the other side of the world and you can’t get home. So much guilt comes from not being there for people you care about. No wonder most of us struggle with self deprecation, self hatred, and the rest that leads to despondency, depression or worse.

Luke's piece highlights so well the highs and lows of a great show, coupled by the utter comedown of suddenly standing at a Tesco self check-out not understanding how to make it work because catering hasn’t put food in front of you at the exact time you’ve become accustomed to.

The fact you made Rock Am Ring after a late Glastonbury set against all odds, in time, and fucking killing the show leaves you higher than life, followed by two travel days across Europe in the bus as a vegetarian where you won’t be able to eat anything at gas stations. You sit in your bunk bingeing on The Wire boxset in one sitting to numb everything with the curtains drawn. It’s the only time you get alone, so suck it up. In the dark (unless you managed to snag a bunk with a window).

And then there’s the times when shit actually does go wrong. “Sorry Miss, we cannot carry these 42 pieces of fly gear from Mexico City to Los Angeles even though it was pre booked and paid for” (and before you say anything there was no time to freight!). “Our show’s tomorrow, it HAS TO GET ON”. “Yeah well, it’s not going to”. Breakdown ensues. The stress of pulling it all together standing at an airport check in with 30 exhausted band and crew behind you wondering 'is she going to pull this off or not?' - it's a ticking time bomb for something terrible to happen.

I’ve worked with violent drug addicts, one of which took a swing at me when he was an hour late for load in because he’d been gacked up all night. Although I was PM, TM didn’t want to fire him. So I had to live next to this asshole in a bunk 2 feet away from me for the rest of the tour. But you do it. It’s your job. And the good bits make it all ok… just like an abusive relationship... “But when he’s nice, he’s amazing… he only hits me when he’s mad”.

Over 8 years on the road, I was a production & tour manager, a girlfriend to a “civilian”, and a girlfriend to someone in a very big band in the UK which made scheduling doubly-fun. The first relationship failed within a month of me leaving for my first tour. Mostly due to me being 21 and my eyes being opened to the world. But the long-term one with the touring musician lasted. I’ve no idea how our relationship survived as long as it did. I guess that’s love for you. I remember one time, we hadn’t seen each other for 6 weeks. He was landing at Barcelona Airport as I was departing, as we were cruelly playing opposite days at Bennicassim. I hung back from pegging it through airport security so we could see each other for 30 seconds. We stole a kiss, and away we went in opposite directions for another 3 weeks. I barely made the flight, but if I didn’t see him for that moment, it would’ve meant 9 weeks apart. That was life. And that life isn’t real. It’s not a relationship. It’s emotions attached to another person, the missing, the excitement, the scheduling, lusting after… put you in the same place for a while, see what happens then.

You get home from tour, suddenly extracted from the safety bubble of your road family (minus the gack head who tried to fight me). You create your own language, you have inside jokes that no one else would ever understand. After you’ve failed at pinning your jokes on your non-touring friends who just think they don’t make sense, you walk around your apartment, deflated and alone, and end up calling others from the tour so you feel understood. All this in the first day of being home.

Most importantly though, Luke's piece also covers how the highs and lows can lead to mental issues. After many mini meltdowns in venue bathrooms, airport bathrooms and thank-fuck-for-single-hotel-rooms where I could try and regain some sense of myself, The Big One hit me in 2010 that lasted into 2011. I had a full on psychotic break from reality, which to this day I believe touring nurtured. It turns out nature had a part to play as I had the seeds for misplaced chemical wiring from the beginning of time, but I’ve no doubt touring catapulted it into stratospheric levels, causing me to take almost a year out of work, and be in a stringent outpatient program for 6 months to recover. I’d lost all sense of reality. I was paranoid. I wouldn’t leave my house. I thought everyone was conspiring against me. I even convinced myself the police were trying to arrest me all the time.

My depression was beyond any other bout I’d had before and it was clear to those around me that I wouldn’t make it through this one. But the most dangerous part was the mania that came, and I believe that was exacerbated by the highs of touring. Mix mania and depression together at the same time and it’s a lethal mix. You’re not lethargic and just thinking about ending your life with no energy to do so - as depression can often leave you - you have the gumption and adrenalin to fly around and do something stupid in a fit of thoughts at a million miles an hour. Hell, I’ve done some pretty fucking stupid things when high on my brain chemicals. Mixed with a death wish, it’s a surprise I’m here today to write this.

After my diagnosis (which I’ll save for another day), I sat Kele (from Bloc Party) down, who was a former employer of mine as well as a friend since the age of 17. I was terrified of telling anyone, for fear that people would laugh, judge, and not let me work, but mostly because admitting it out loud felt like labelling myself a failure. A failure at living, without help. But when I told Kele, he paused for a second and said “Well… it doesn’t surprise me”. When I told Frightened Rabbit (who I was managing at the time), they too had a similar reaction. No one disowned me. No one disapproved. In fact, it made their lives easier, knowing that I was now getting treatment, medication and help which was all benefiting my life and therefore I was easier to live with.

And that’s just me. Crew. A Girlfriend. A Woman. Standing side stage. Standing ON stage every night, going through these emotions in front of crowds, undoubtedly is cause for even higher chances of manic depression among musicians. I’ve witnessed band breakdowns, and the saddest part is their feeling of not wanting to let anyone else down. It’s hard to pull the plug on a show when you believe “I’ll be fine in an hour”, but as Luke's article says, you have to use your better, humane, ethical judgement and forget the fucking ticket sales for a moment. No one’s going to die if the show doesn’t happen. But someone, literally, could die if it does. That’s what you need to watch out for as a human, a friend, an employee paid to take care of these people.

I’m not a doctor, or a therapist (I should be in another life), but I’d like to say to all musicians (and non-musicians) who fear medication and seeking help will diminish your creativity, for me, suddenly the noise stopped. I could think clearly. I could hear properly. I suddenly became a better writer, my ideas were more vivid, my thoughts stronger. My creativity has only grown from quietening out the constant drill of mental illness. That’s just my experience, but I know a lot of people are afraid that it’ll change you for the worst. In my case, I moved to Los Angeles, have a great life, make cool shit and write stories. That’s all I need. I couldn’t have any of that before. And true, I’d not be where I am now without having toured and lived through it.

So, here I sit… having left the touring world, and now exiting the music industry to write and make films, taking mood stabilisers and anti-psychotic drugs for the rest of my life and currently strapped to an EKG machine.

Was it worth it?

An important read. Life on the road isn't what you'd imagine.