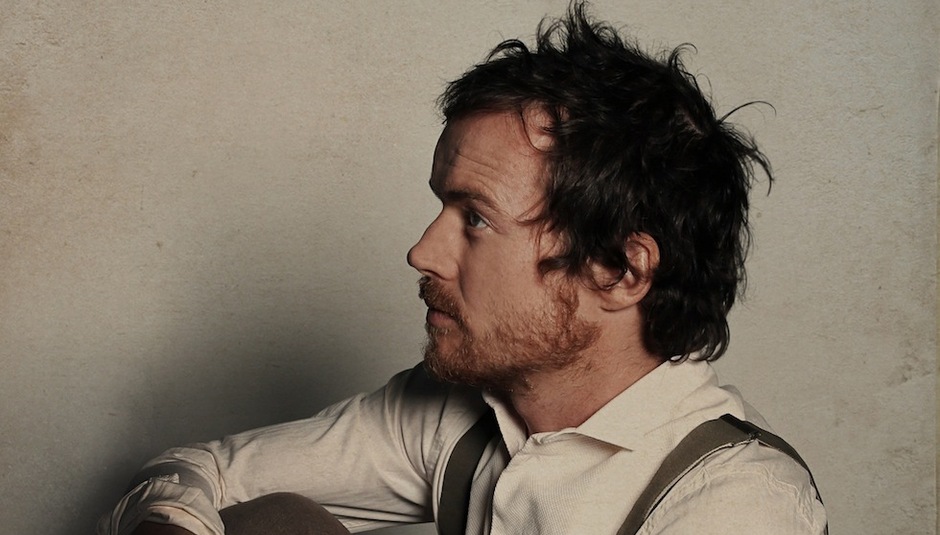 Damien Rice - ‘I Don’t Want To Change You’

Damien Rice - ‘I Don’t Want To Change You’

There was a moment, somewhere in the region of early to mid 2004, when Damien Rice was, for me at least, Ireland’s most exciting musician. This might seem a bold claim, one to be derided, scoffed at, but for me, he had everything. Fire, passion, a grasp of melody unlike anyone around at that time, and a live show that left you head-shakingly wondering “what just happened?” and longing for it to happen all over again, and soon. However, 12 years is an eternity in music terms. Since Rice’s first foray in to the consciousness of the public at large, there have been more scenes, more fads, come and go than he looks like he’s had hot dinners (he still looks painfully thin). Whole careers have been painstakingly built, reached their zenith and disappeared in a blaze of something or other (for some reason I thought of Keane, but you can insert whichever act is your preferred choice here). However, we still need music to give us those moments of transcendence, possibility, hope, particularly in the live arena. We need to feel something. Perhaps you dismissed Rice the 59th time you heard those terrible drums on the radio version of ‘Canonball’. If you did, you’ve been missing out for a long, long time.

Indeed, I very much do remember witnessing Rice at Rock City early in 2004. I went to the show expecting to be bored out of my mind as another sappy singer-songwriter over-earnestly bared his soul. I left not only riotously entertained, having experienced a show which bordered on the intensity of Led Zeppelin in places, nor merely transfixed by the electric chemistry between Rice and Lisa Hannigan, not even bowled over by the sheer wall of noise a looping pedal and a distorted vocal mic could build in conjunction with an energetic rhythm section. No, I left not only with all of these things. I left a fan. I was enthralled by how much life could be wrought out of the songs from “O”. I was, for one of the only times in my music-listening lifetime, completely gobsmacked. Arguably I’d led a sheltered life up to this point, and all of these tricks were being performed with even more abandon by others, but I loved the transformation Rice undertook, sometimes more than once in a single song, between a troubadour on the one hand and a railing banshee on the other. It was captivating. He was important to Irish music at that time, I contend, because he showed that it was possible to be a ‘singer-songwriter’ and be as creative, energetic, aggravated, and just downright noisy, as the stories you wanted to tell dictated you be. It seemed the possibilities were endless. The world was at his feet.

Fast-forward to a chilly evening in early June 2015. Damien Rice has, since “O”, released the patchy “9” - which included several old songs, perhaps a sign of songwriting stress and pressure when it came to album two – and his current album, the somewhat surprise return “My Favourite Faded Fantasy”. Band members have come and gone, and this evening he finds himself alone on the Royal Hospital Chelsea stage, making a rare London live appearance. It’s been so long since Rice was a regular on the live scene, nine years since he had a new record to promote, that the mood prior to the show is one of nervously-awaited pleasure at the opportunity to see him again. So much has changed. Studying the crowd, it’s obvious that a huge number were with him the first time round.

Shuffling on stage in a jumper you’d pass over in British Heart Foundation, Rice immediately launches in to ‘Canonball’ and ‘Delicate’. There is a collective sigh of recognition and relief. It’s all going to be ok. Time might have passed, we might have all changed a bit, filled out a little (alright, that’s just me) and become a little more jaded (me again), but you still can’t beat a great song, and here right in front of us is the clear evidence that Damien Rice has plenty of them in his arsenal.

In fact the goosebumps keep on coming. ‘9 Crimes’ loops its way to a glorious screaming cacophony. ‘Elephant’ starts gently before ending with the sensation of watching one man make enough noise for several bands, without ever losing the beating heart at the core of the song. Mid-section ‘Trusty and True’, ‘The Greatest Bastard’ and ‘I Don't Want to Change You’ show that there is a new maturity and direction to his songwriting. The angry heart still beats strong, but has perhaps been tempered with ever more world-weariness as he continues to seek to answer the questions of live and love.

Five of the night’s last six songs are from the ‘O’ period. All are greeted with increasing levels of rapturous appreciation from the expensively inebriated crowd. By the time the crowd is split in to three parts to conclude the main set with a communal harmonization of ‘Volcano’, something truly special is happening. These aren’t just songs that people know, they are songs that have accompanied people on their journeys through life. If we had such a thing as a Great British Songbook, many of the songs from “O” can justifiably lay claim to a place within it. So many of these songs, such as ‘I Remember’ or ‘The Blower’s Daughter’ have a deeper cultural resonance than we could possibly realise (or that readers of this site might want to admit to). Sitting in the shadows of the imposing Royal Chelsea Hospital, it was impossible not to be carried along on a wave of, what, euphoria?, as modern classic after modern classic were unleashed from its stage.

Concluding with ‘It Takes a Lot To Know a Man’, Rice looked to the future. He still has it, but what is “it”? Strong songs, delivered with fire, passion and skill is an unbeatable combination. To, at the same time, be imbued with a timeless quality and ability to resonate with the every day lived experience of so many people is quite a skill, and could lead to the need for broad shoulders. Fortunately, as so much has changed about him, Damien Rice seemingly remains singularly focused. Even last week it would have seemed difficult to predict, but having witnessed his 2015 vintage, his star may very well not have reached the end of its ascent just yet. He might not want to change us (even though we’re not the subject of that song), but neither, it seems has time sought to change him. He is developing organically at just the right pace The best is yet to come.

Now, about that jumper…