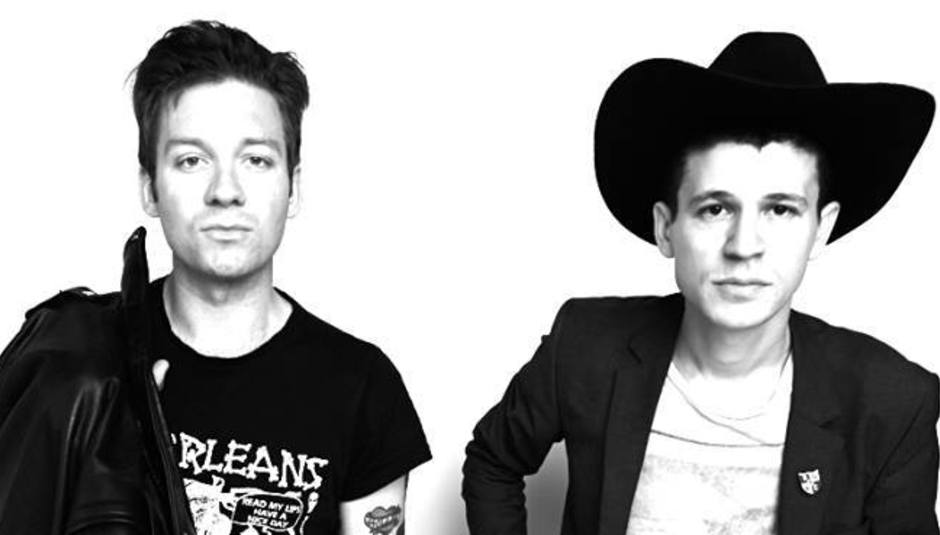 "We tour all the time because we love it": DiS meets Crocodiles

"We tour all the time because we love it": DiS meets Crocodiles

Currently four weeks into a world tour, Drowned In Sound caught up with the pair - Brandon Welchez and Charles Rowell - prior to their headline slot at this year's Manchester Psych Fest.

DiS: Tonight is the third show of your six UK dates. How were the first two nights in London and Liverpool?

Charles Rowell: London was great. We had a lot of fun.
Brandon Welchez: It was better than last time.

DiS: You've toured the UK many times over the past few years. Do Crocodiles have an affinity with the audiences over here?

Charles Rowell: Yeah, I think we do. We play with a lot of British musicians. Two of our current touring band are English, so yeah, I'd say we have quite a connection with the UK. There does seem to be more avid record collectors in the UK than anywhere else, and I think we speak to those types. People that buy vinyl and attend gigs on a regular basis. This country's really into its music. I think it's a part of the UK's musical history. The whole DIY ethos when it comes to releasing singles, certain DJs and radio stations. It all stems from somewhere and even though there are connections with America, the scene's a lot more vibrant here.

DiS: With five albums worth of material to choose from, how do you go about choosing a set list for your live shows?

Brandon Welchez: I guess it boils down to whichever ones are the most fun to play live. Some are more fun, easier, lazier even, than others.

DiS: Are there any songs from your back catalogue you're uncomfortable about playing live?

Charles Rowell: We don't really play ballads live. We usually do one or two slow songs per record but we try to gear the live show towards a more energetic set. We like to have people dancing so never really think about slowing things down.

DiS: Your new album Boys came out in May. What kind of response have the songs from that record received on this tour so far?

Charles Rowell: The response has been great. We've been on tour for four weeks now in the States, Mexico and Canada. Then we had two days off in New York before we came here. In the States especially the shows went down really well.

DiS: The songs on Boys seem a lot more diverse in terms of structure and genre compared to those on your previous records. Was it intentional to mix things up a bit?

Brandon Welchez: No, not really. We write a bunch of songs then we pick what we think are the best ones.
Charles Rowell: Going to Mexico and working with the producer we had on this record (Martin Thulin) made a big difference. From the moment we arrived he said he wanted us to make a different kind of record to what we had previously. He already understood what we were in to. His musical vocabulary is in line with ours so we got along perfectly. He wanted us to embellish a lot more eccentric ideas and play on those rather than just concentrate on traditional garage rock which we're known for.

DiS: How did you first become involved with Martin Thulin?

Charles Rowell: We have mutual friends in Mexico City. We were on vacation over there and it turned into a band-cation! While we were there we heard one of Martin's solo records and thought the production was cool. It reminded us of The Idiot by Iggy Pop, so we started sending him demos of our songs. Some of the ideas he had leading up to the recording session were totally weird yet really cool. He encouraged us to experiment with different sounds which was a new experience, and as a result I think it's our best album to date. It almost feels like we've built up to this point on all of our previous records.

DiS: You worked with The Raveonettes' Sune Rose Wagner on Boys' predecessor Crimes Of Passion. How different was it working with him to what you did with Martin Thulin?

Brandon Welchez: Sune's also an incredible producer. Their approaches are just different. Sune thinks like us. He's very influenced by film noir. His mind works that way. He does a fantastic job of getting bands to convey an emotional vibe. Whereas Martin is more of a wild card. He encourages you to think outside the box. I guess you could say Sune is Andy Warhol and Martin is Salvador Dali. They're both geniuses. Crimes Of Passion was a super fun record to make. I'm so proud of it. But at the same time there wasn't anything unorthodox about it.
Charles Rowell: We knew what we wanted to do from the outset and just went in and made the record. Sune had our demos, talked about the whole vibe then constructed it. Whereas the references Martin touched upon were so bizarre to what we'd been used to previously. People like The Stranglers, The Fall, Bauhaus, Grace Jones. But then he also made it possible for us to do that and still make it sound like a Crocodiles record. I think it displays our actual personalities more. It also captures our live sound better than any of our other records. Sune tried to make us sound perfect. Almost polished even in a way that there wasn't any slop.
Brandon Welchez: What's funny about Boys is Martin would often say, "Shitty is good! Brandon your vocals should be shittier! Charlie, your solo isn't shitty enough!" Everything was shittier. Do it shittier. Which was actually quite refreshing because we just wanted to get the record finished.
Charles Rowell: We both understand that Crimes Of Passion is a very tight record. The production is very compact. But the fact we were encouraged to bring in more influences like dance and groovier stuff and then make it sound quite primal - he'd ask us to play the guitars out of tune - gave us a different vibe which ultimately sounded great.

DiS: How long was the recording process for Boys?

Charles Rowell: It lasted one month. We lived in Mexico City for that month which was great.

DiS: Are there any songs that didn't make it onto Boys which may see the light of day at a later date?

DiS: Did being based in Mexico have any influence on your songwriting or were the songs already in place before you got there?

Charles Rowell: We actually wrote 'Cockroach' off the previous album while we were in Mexico City. That's what started our infatuation with Mexico. So we were trying to figure out a way to get more of that style of writing onto the next record. With Martin's influence it was actually possible to go and do something like that.
Brandon Welchez: His personality really matches ours. We became super tight friends straight away. He's got the same sense of humour and same politics as us.

DiS: Would you work with Martin Thulin again in the future?

DiS: You both have other recording projects - Charles with Hollie Cook as Psychic Dancehall and Brandon in Flowers Of Evil and Haunted Hearts with your wife, Dee Dee from Dum Dum Girls. Are there any forthcoming releases or shows in the pipeline? Do you have any other collaborations planned?

Brandon Welchez: The Haunted Hearts album came out last month and we have a Flowers Of Evil record coming out in August. With regards to other collaborations, we'll take whatever comes our way. Flowers Of Evil came together quite naturally and I'm sure if anything else comes up it will be the same way. We wanted to play in a punk band and have that sort of outlet. That's how it came about.

DiS: You've both written and published numerous books of poetry and short stories. Are there plans for any more?

Brandon Welchez: Yeah, we have a new collection of short stories on sale tonight. It's basically our 'Fifty Shades Of Grey'! Except it has a manilla cover.

DiS: Brandon, you also run a record label, Zoo with your wife. Aside from this and the Haunted Hearts album, are there any other releases planned for the foreseeable future?

Brandon Welchez: Nothing in the immediate future. It's really expensive to do. It's a total labour of love because you lose money. I don't make enough money to put records out as often as I'd like to. I'm looking for a benefactor. We're living in a really odd time. It feels like the end of something. Technology changes so fast every day and it's hard to keep up. It's frightening.
Charles Rowell: It's crazy how much control you have. The fact you can actually track where people come from that like your Facebook page or whatever is insane. You can actually see how many people add themselves to your page on a daily basis. I guess it's a good tool to have if you want to create a business. All the numbers are there. But for me, I prefer the mystery of it all.

DiS: What advice would you give to new bands just starting out?

Brandon Welchez: Just do it because you love it. And do whatever you want, don't worry about it. Please the older version of yourself so that in five or ten years time you're still happy. Because you're not going to make any money, everyone's going to slag you off and you'll probably want to hang yourself so enjoy it!
Charles Rowell: Work hard! There's so many bands that had the potential to be great but just didn't put the effort into rehearsing or touring. Which is fine to a degree. You can still have great artists that aren't necessarily touring machines. We tour all the time because we love it. We enjoy meeting people. It's our job. Writing songs or playing shows is all we do.

DiS: What are your plans for the rest of the year? Are you playing any festivals this summer?

The album Boys is out now on Zoo Records.

For more information on Crocodiles visit their official website. 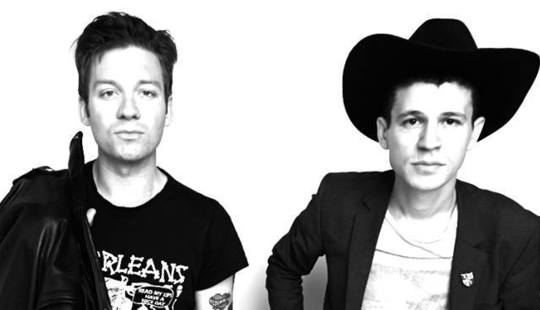