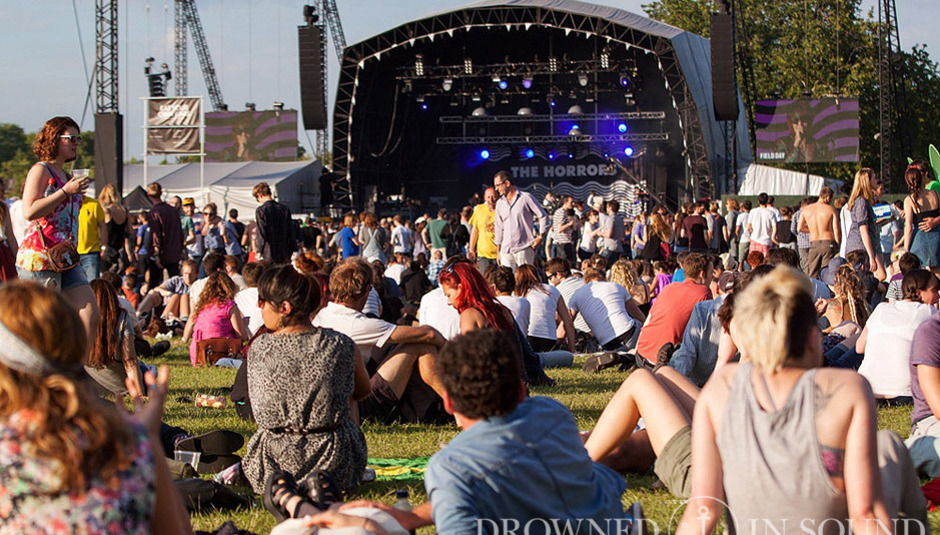 Good day, London.
This is the voice of DiS. Almost ten years ago, a great event made signiﬁcant contributions to our common culture. Its influence was forged in sound, vision and grass stains, although it is best remembered for its noise and bright lights.

To commemorate this most glorious of times the powers that be are pleased to return the rights of carousing and merriment to you, its loyal subjects. So for two days — June 6th & 7th in London’s Victoria Park— your movements will not be watched, your conversations will not be listened to, and “Field Day 2015” shall be the whole of the law.

In order that you might enjoy this time in London’s to the best of your abilities we have composed a list of six unmissable acts to complement the sunny weather that’s predicted…you would be at fault to overlook them and doing so may carry severe penalties to your own good taste. †

I don’t need to say much about the undisputed kings of music in 2015, so I won’t. Suffice to say they’ve rightly gone from a niche concern to global dominating rap super-group. RTJ2 was one of DiS’s 101 best albums of 2014 and it’s a quality they deliver a thousand times over live.

Expect: ‘Fuckboys’ to be very wary

The undisputed clown prince of rock and roll Mac Demarco emerged from his chrysalis last year as a beautiful Canuck butterfly. So what more could you ask, than a series of delightful jangly paeans to drinking, smoking, friendship and love, to transport you away from the bustle of the city?

Not satisfied with a simple DJ set, Northern Europe’s answer to pure aural joy is bringing an entire band with him. Which will make album cuts like ‘Strandbar’ to life on the stage in a fit of throwback disco fantasy and Nordic electro bounce.

Reclusive sonic wunderkind and all-round pop genius Max Tundra ahoy! Knowing his past live shows, there’s sure to be more than a few surprises, but we’re just hoping he teases some new material.

The bubble-gum pop pastiche of enigmatic label PC Music is either total genius or utter rubbish depending on which side of the fence you sit. But whatever your opinion of the divisive collective, you’ve really got to be jaded to not enjoy to something that sounds like Shampoo’s greatest hits remixed.

Ex-Kill Laura and Misty Dixon, Weaver remains one of the most underrated singers/songwriters working in the UK today. And considering her dazzling set a few weeks ago at The Great Escape, you should catch her while she’s firing on all cylinders.

All of whom can be found on this playlist primer…

Of course this is just a sample of the acts playing all across the weekend. There are plenty of others including….

(†) Apologies to Alan Moore for that intro…

p.s. there's an unofficial Clashfinder here but here are the official stage times:

Field Day stage times are out! Download the stage times below and get planning!Saturday -...