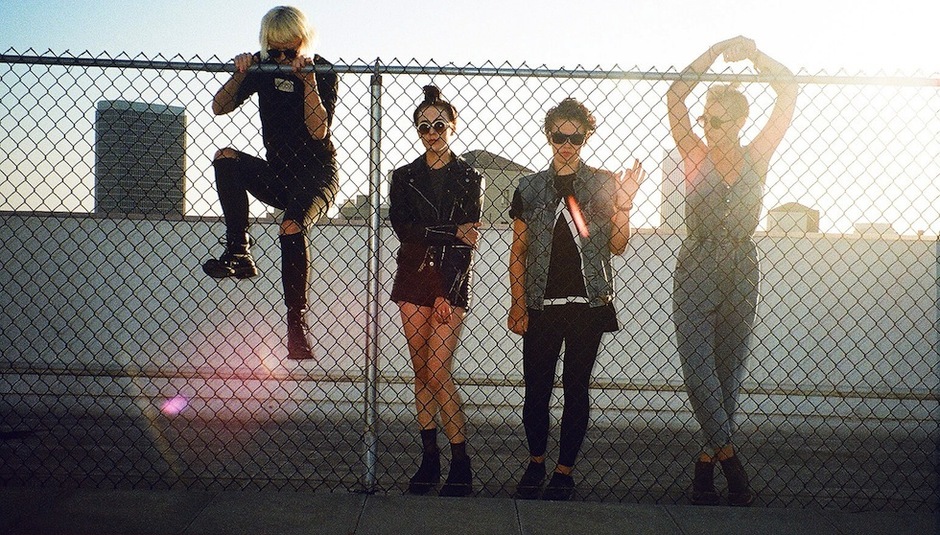 Since I [Faith] heard about Rancho De La Luna, it has been my dream studio. To make the pilgrimage to the Joshua Tree desert was a romantic idea conjured up between the four of us. We never really thought it would happen but our manager is a big dreamer just like us and come hell or high water she was getting us in that studio! Owner of the studio, Dave Catching (Eagles of Death metal, Earthlings?), seemed like the perfect person to collaborate with and before we knew it, we were packed and ready to go. We booked 7 days at the Ranch with Dave co-producing/cooking/singing and Hayden Scott engineering. Here is the tale of our week in the desert... 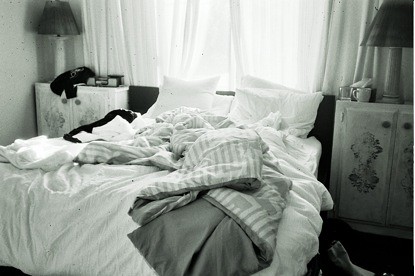 After a long flight to Los Angeles we piled into a studio apartment in Manhattan Beach, it was dark outside. The owners of the apartment were a perfect LA couple, Eric and Beth, they left us cookies and beer. We fell asleep but, plagued by jet lag, we woke at about 4.30am which subsequently meant we saw the sun rise and realised we were in the USA! 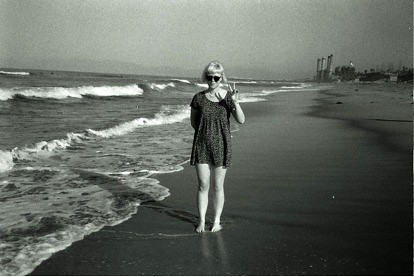 We were supposed to leave for Joshua Tree as we were set to start recording the following day but the damn airline lost some of our gear! This meant hanging out in LA waiting for it to arrive... Lois and I took the opportunity to go dip our toes in the Pacific Ocean. 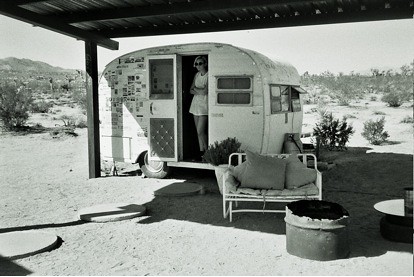 Our drum kit never made it to Los Angeles, so we took what we we had, piled it into a rental car and headed to Joshua Tree. Four hours, one near death experience, and one Denny's later we were in the middle of the pitch black desert looking for a bed! We called Dave Catching and he said to head for the house with the lights on, we did and he welcomed us with wine and stories about the Arctic Monkeys. We were put up by the best of the best Amanda and Hutch in a cabin and a trailer. We woke up and felt at home in the desert. 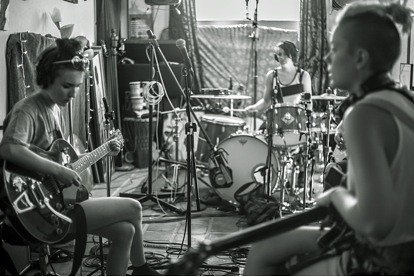 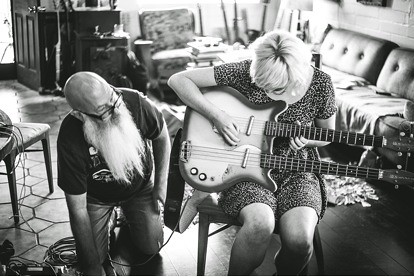 Dave invited us for breakfast at the Ranch, We heard he was a great cook and it was true! We met Hayden Scott who was engineering our record and then set up and started tracking. We had 7 days to record our second album.

Rancho De La Luna is like a wonderland for musicians with vintage instruments, strange objects and even a scorpion, everywhere I looked there was something new to admire. 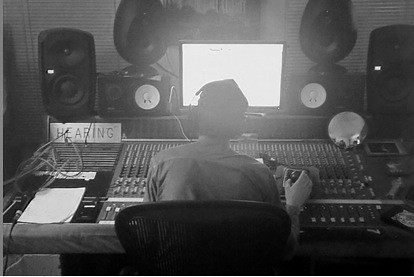 We worked hard and played hard, spending each day in a smokey haze... the sun, the wine, the desert, the people, it was the perfect setting.

Wild Nights is out today on Bella Union: 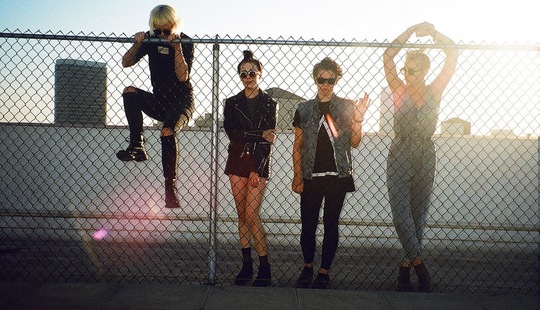 DiS meets PINS: "Everyone wants their...